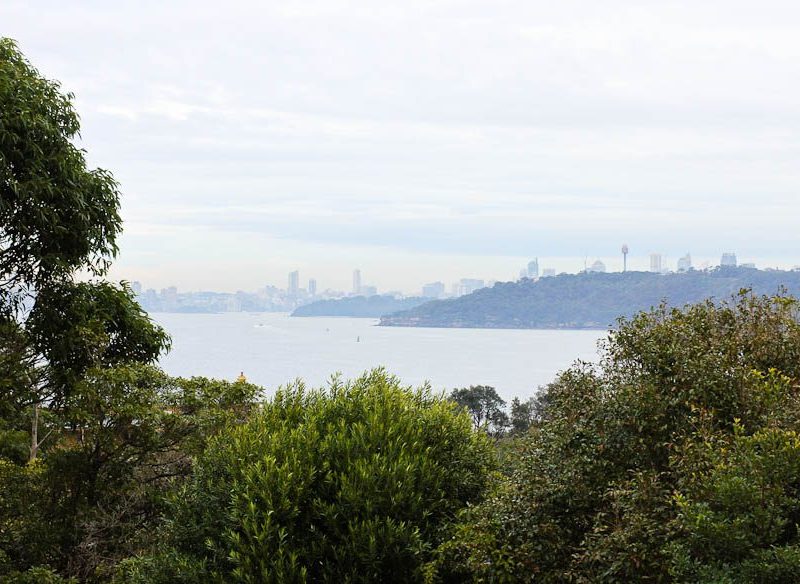 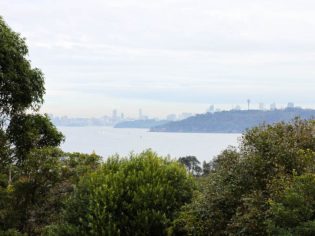 I had high hopes for my overnight stay at Manly’s Q Station boutique hotel in Sydney Harbour National Park.

Just 30 minutes from the city, the hotel is housed in a collection of buildings that made up the former Quarantine Station. Carefully and sympathetically restored, the entire site is a delight for lovers of history but it does present a number of challenges for the wheelie traveller.

Due to the heritage nature of the site, along with the need to protect the flora and fauna, private vehicles are generally not permitted. You must leave your car in the parking area at reception and use the courtesy shuttle bus to travel around the resort. The courtesy buses are not accessible so I had called ahead to ask about the arrangements for wheelies. We were permitted to take our car into the park so that we could unload my scooter.

We were warned that whenever we used our car, it was essential that we be escorted by one of the Q Station shuttle buses; failure to comply could result in hefty fines.

Wheelies be warned: the site is huge and steep; you will need your vehicle for access to numerous areas of the resort.

When I had called to book in a ‘Deluxe Queen Harbour View’ (I had a gift certificate), I was told that the only accessible room did not have a harbour view so, as is often the case, we had to choose between a view and accessibility; I opted for the latter.

In its former role, the building containing the accessible room was used to house first class passengers quarantined upon their arrival in Sydney by ship. The room now boasts all the modern conveniences along with a ramp for wheelie access. The ramp was fairly compact and so I needed my husband, Glen, to open both of the French doors to allow me to get in and out of the room with Little Red, my trusty travel scooter.

The pathway of travel around the room was acceptable, with the exception of the placement of the bar fridge opposite the entrance to the en suite. It would probably be fine for a wheelchair.

The bathroom, although lovely to look at, was problematic. There was no shower chair so I called reception who organised for a plastic chair.

The next issue I noticed was the mirror height: seated on my scooter, which is actually a little higher than my wheelchair at home, I could only just see my eyes and the top of my head. Not ideal when getting ready to go out to the resort’s on-site restaurant.

I decided to use the mirror in the room’s small entry to get ready, but the light globe was blown and it was too dark to see. I reported this to reception and on returning from dinner, we found a floor lamp in the entry.

The bathroom itself was quite large, however, I did have difficulty moving around in it on my scooter when trying to close the door as well. This would have been less of a problem in a regular wheelchair.

The shower area had no curtain to separate it from the rest of the bathroom, which was more like a wet room really. Boy, did it get wet! With only one drain in the middle of the room, the water from the shower spread across the entire floor, drenching pretty much everything in the room, including my scooter. After I finished showering, Glen had to help me get mostly dry and transfer to the scooter (the tiles were so slippery I didn’t dare transfer alone). Glen then used towels to dry the entire bathroom.

We called reception to ask for an escort to the on-site restaurant, the Boilerhouse, which turned out to be a delightful highlight of our stay. There is no provision for wheelies to get up the stairs so we couldn’t enjoy the view (admittedly it was night time anyway), but we were more than happy at one of the two tables on the ground floor with a view of all the hard-working chefs in the kitchen and close proximity to the accessible toilet.

The staff were fantastic and the food was wonderful, leaving us with an impression of a slick and professional establishment.

Breakfast (in a building close enough for me to scoot to) was disappointing in contrast to dinner, largely because of a number of issues within the room. The food itself was pretty standard breakfast fare, however, the coffee machine was out of order.

The floor in front of the sideboard housing the self-serve toast and pancake machines was covered in a tangled mess of tape and cords, some of which were for audio-visual equipment that had presumably been used for a presentation the evening before.

Glen got chatting to another guest who remarked that the breakfast experience and complete lack of hot water in his room reminded him of a religious camp he had attended in his youth. I had actually commented when we arrived that from the outside, the buildings reminded me of a scout camp.

I am reluctant to criticise such an admirable restoration project, but I feel I owe it to my fellow wheelies to be honest about the practical side of a visit to Q Station. It is an amazing, interesting and fascinating piece of Australia’s colonial history and we are so lucky that it has been restored and adapted into a property that we can enjoy.

The decor is pleasant and I found the bed and bedding to be very comfortable but if you are a wheelie, you need to understand that you will be making a few compromises if you choose to stay there.

To the owners, I would recommend they treat the tiles in the accessible bathroom with an Australian-made product called Anti Slip, buy a portable shower chair with rubber feet and install a generous shower curtain around the entire shower area.