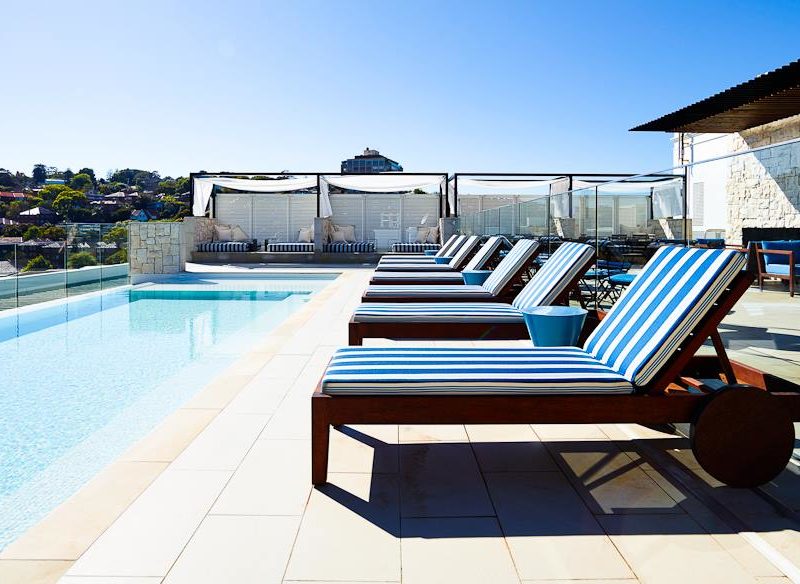 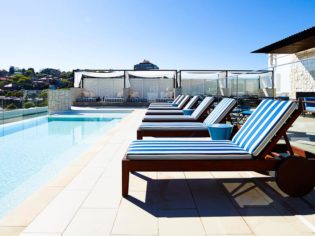 Luckily the Cover Girl is here to soothe my sulkiness.

No, I’m not staring into Miranda Kerr’s eyes, but merely sipping a ‘Cross Street Cover Girl’ signature cocktail at The Stillery, the dedicated gin bar at the InterContinental Double Bay.

I’m sulking because the hotel’s star attraction, the rooftop infinity pool and bar, has been closed for a couple of hours due to ‘inclement weather’.

The Cover Girl’s clarified grapefruit, vanilla and sage, artfully mixed behind the shiny seven-metre white marble bar, is helping though. It has presence, poise and it doesn’t need to bellow across the room to make its point – traits that are all shared with the space I’m sitting in.

The hotel will grab you upon entry 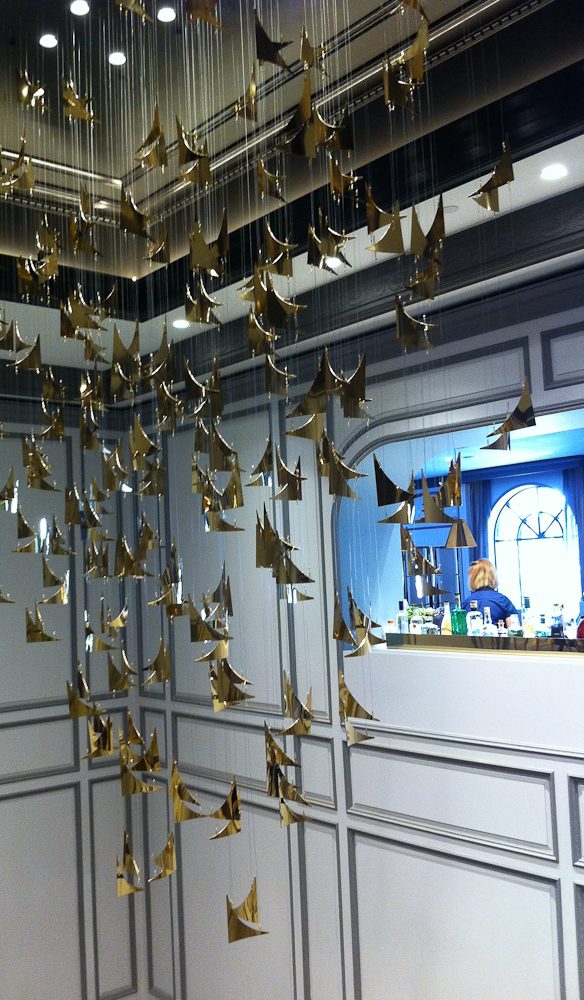 160kg worth of chandelier over the grand staircase, InterContinental Sydney Double Bay.

This first-floor entertaining space, also encompassing the hotel’s reception and in-house restaurant Stockroom, exudes that five-star-hotel smell. Yet there’s an ambience here well older than the hotel’s days of operation.

Shiny, eccentric trappings (such as the single polished silver boot next to me) tossed in with Art-Deco ceilings, original arch windows, under-cornice lights and a palette of darks and neutrals creates a net result that hints at stately without being stuffy. But is it enough?

Opened on 6 November in Sydney’s Double Bay village at the former Ritz-Carlton site (famous for its celebrity scene; infamous for being the scene of Michael Hutchence’s death), this ‘Plaza Hotel-style’ venue needed to throw down a bold statement or two, to create its own legacy.

Does it steal the Ritz-Carlton’s limelight? 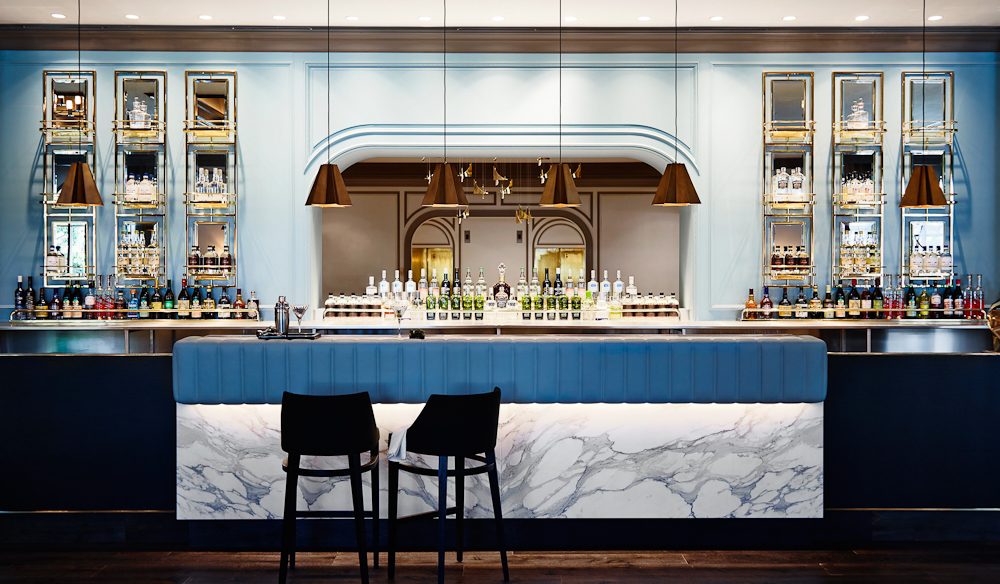 So far, it’s doing well: everyone, from the attentive concierge to my knowledgeable waiter, is opening-week enthusiastic; nervous tension palpable as they seek to wow. It seems fair to attribute a couple of very minor lapses in service (such as a pre-ordered newspaper not arriving to my room) to first-week jitters: you get the feeling the collective will of the professional staff will dot those small ‘i’s sooner rather than later.

I head up to my north-facing King Bay View room, which indeed sports Double Bay views from its wonderfully petite Parisian balcony, but only just; from my third-floor vantage point it could equally be called the King Of Other People’s Rooftops room (although they are a leafy set of rooftops, and a pleasant set at that). 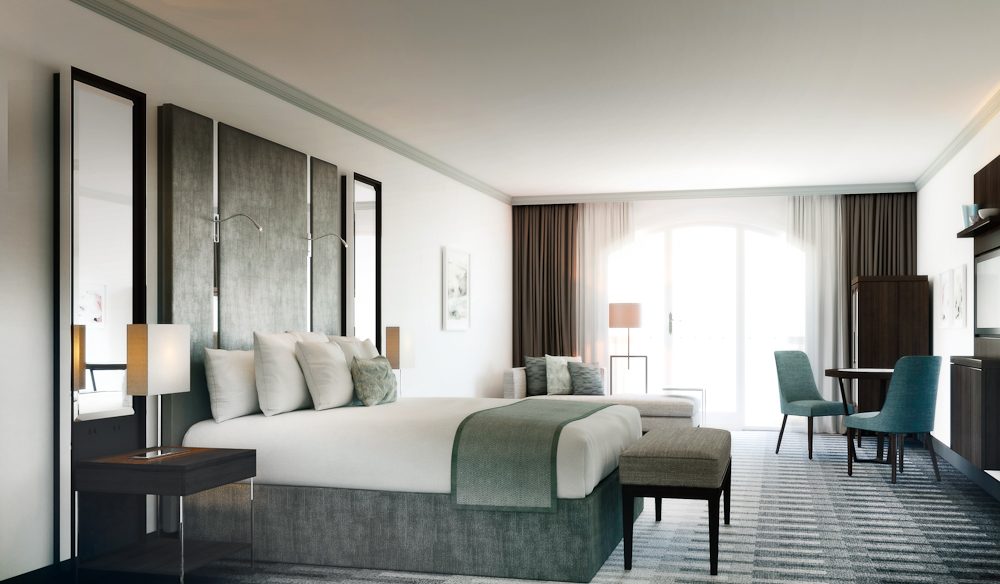 Auto-drawing curtains, the L’Occitane-stocked white marble bathroom and the bread slice-shaped balcony window further endear the place to me, though the décor, which references the hotel’s larger spaces, doesn’t work quite as well in my smallish room. As a whole it’s plush, serene and quite lovely, but not overly memorable – though many would argue that’s not a bad thing.

The wind abates so I beeline for the roof, an intimate area of striped day beds and generous shaded cabanas, the flowing space unfortunately truncated by a glass pool fence. But the Paparazzi-resistant white stone veneer walls and sand-coloured tiles create a fine place to worship the light and the harbour skyline – sunglasses and credit card mandatory! 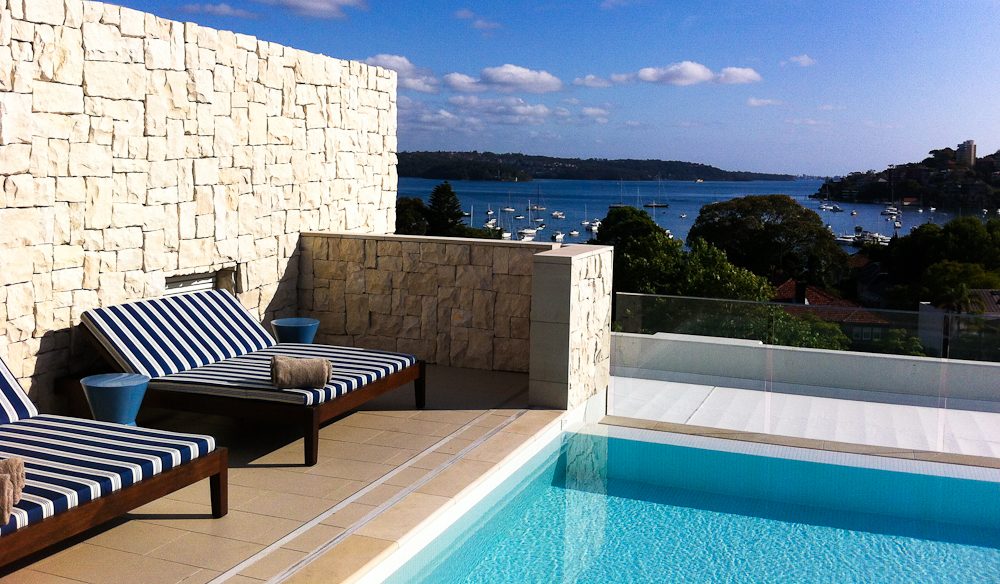 Back down in the Stockroom, executive chef Julien Pouteau’s dinner menu displays five-star attention to detail, with deviously simple side dishes, such as steamed greens in lemon myrtle yoghurt, setting a high first-week benchmark.

It’s not hard to imagine this restaurant as a standalone success – certainly it’s a worthy competitor for the surplus of local look-at-me, I-eat-organic dollars found in the area.

While guests from the ritzy days of the Ritz will find familiarity in features such as the grand marble staircase (now crowned with a golden chandelier weighing 160 kilograms) and mock-Regency façade, the InterCon has effectively forged its own personality with some exquisitely thought-through spaces.

Will the A-listers return? Put it this way: it is built, and they will come. The verdict: A serious five-star contender to the CBD big names, though it’s hard to be definitive at this early stage.

We rated: The contemporary spaces: rooftop pool bar, the 60-gin strong The Stillery and French provincial courtyard are all luxe entertaining options, though be prepared to spend: Double Bay is Sydney’s Toorak.

We hated: A few minor first-week details to sort out in terms of service and finish.

Notes: Rates from $390 per night including breakfast. Non-guests are slugged a $250 spend for rooftop pool access.