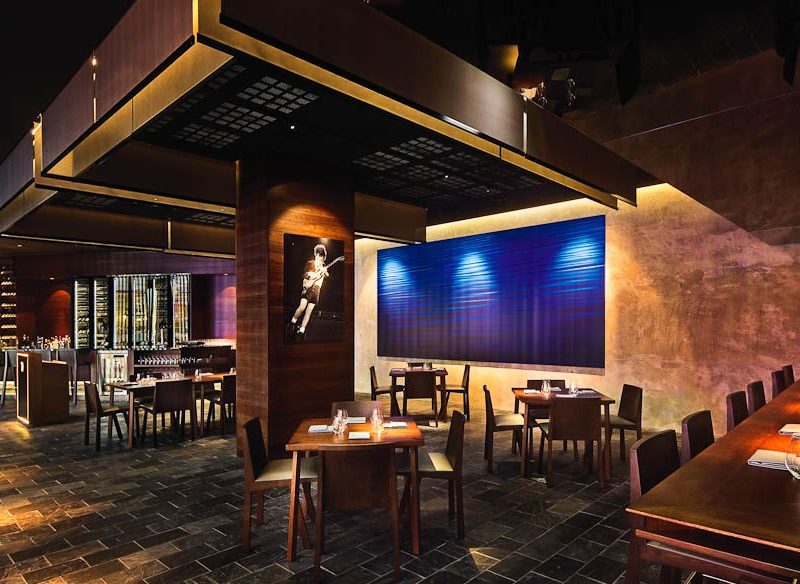 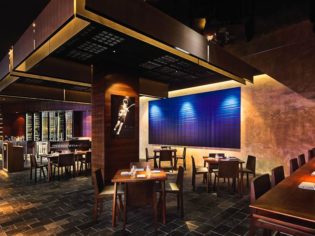 Lady in waiting, Lorraine Elliott, finally has her dining reservation at this NYC refugee

You may remember the scene from The Devil Wears Prada, when magazine editrix Miranda Priestly gives her new intern a cool drubbing on the flow of fashion, which starts with couture on the catwalks before being copied worldwide, then eventually filtering down to chain stores.

A parallel could easily be drawn with food. Take the Momofuku pork bun. A few years ago chef David Chang put them on the menu at his New York restaurant and they instantly became the hottest item, spurring a host of imitators. Now chain ramen stores do their own version.

Chang first turned heads in 2004 with Momofuku Noodle Bar, New York. But it was his tiny establishment, Momofuku Ko, that created a stir. A six-day advance booking rule, seating for just 12 and a no photographs policy caused a sensation worthy of its two-Michelin-star status.

Their first overseas outpost, Momofuku (meaning lucky peach) Seiobo (meaning heavenly queen) in Sydney, has scooped up a slew of awards this side of the globe, including three hats and Best New Restaurant at the 2013 Sydney Morning Herald Good Food Guide awards.

So when I finally visit Momofuku, it is saved for a special occasion. And rightly so: this is far from any walk-in restaurant. In fact, bookings for the Sydney restaurant must be made from 10am, exactly 20 days prior to your desired date. So when the clock strikes 10am, 20 days before my birthday, I plug my details into the online booking engine with bated breath. Relief ensues when the confirmation email arrives.

Two-and-a-half weeks later, we are led from the restaurant’s dimly-lit entrance to the bar, which I’ve been told is actually the best seat in the house, affording front-row seats to the kitchen in action. It feels more like an underground joint in New York, than a casino restaurant in Sydney.

Posters of ACDC’s Angus Young adorn the walls while the chefs wear baseball caps and music plays overhead with a random mix of power ballads and rock (turns out it’s actually Chang’s iPod playlist). Yes, the rules of fine dining have certainly shifted. It’s also what makes this a bucket list item for foodies as they make their culinary pilgrimage from all over the world. One man has even come from the mid-west of America after seeing Chang on a documentary.

As we settle into our 14-course degustation – there is no à la carte here – chefs personally pass each dish over the bar while explaining its intricacies. It’s only round two before we get to sample the signature pork belly buns. The pillowy soft outer encases a gelatinously soft wedge of pork belly and cucumber that doesn’t require, but is heightened by extra spice from the small bottle of Sriracha provided. There’s something to be said for trying the original, and diners at Momofuku Seiobo are quick to brag that they’ve been here, tasted that. (It’s that sort of foodies’ joint.)

The artists behind these plated masterpieces take a whole new level of pride in what they serve. So much so that when my friend takes too long in the bathroom, we watch open-mouthed as our entire beef course for four is binned and started again from scratch.

The other dishes are artfully presented; from a buttery textured Western Australian marron, seaweed and salsify dish, to a potato, buttermilk and parson’s nose. When queried, they tell us that they buy the fleshy chicken bottoms creating a market where one previously did not exist.

The drinks menu is thoughtful with a partial wine match option available; served with every second course. For non-drinkers, the intriguing juice match is actually more than a gimmick as the juices match as well as the wines.

Not everything works, some of us find that while the ‘Beef, radish, fermented black bean’ course is pretty, the texture is dry and it feels as if we’re eating a large bowl of radish. And that friend that took so long in the bathroom? That’s because there is only one and you have to walk through the washing up area to get there.

The verdict Not just for serious foodies, but for those who like to bend the rules a little. If you want white tablecloths and classical music, this is not that place.

We rated The surprising food combinations, attention to detail, kitchen theatre and the music.

We hated Sitting at the bar is great for kitchen watching but not great for discussion with more than two people.

Notes Bookings for lunch and dinner can only be made online, exactly 20 days prior at 10am that day. Open 6:30–10pm Monday–Saturday, and 12–2pm Friday and Saturday. The degustation is $185 per person for dinner (Monday –Saturday) and $110 for an eight-course lunch (Friday and Saturday). There’s also the option to dine at the bar without a booking although there are only five seats!