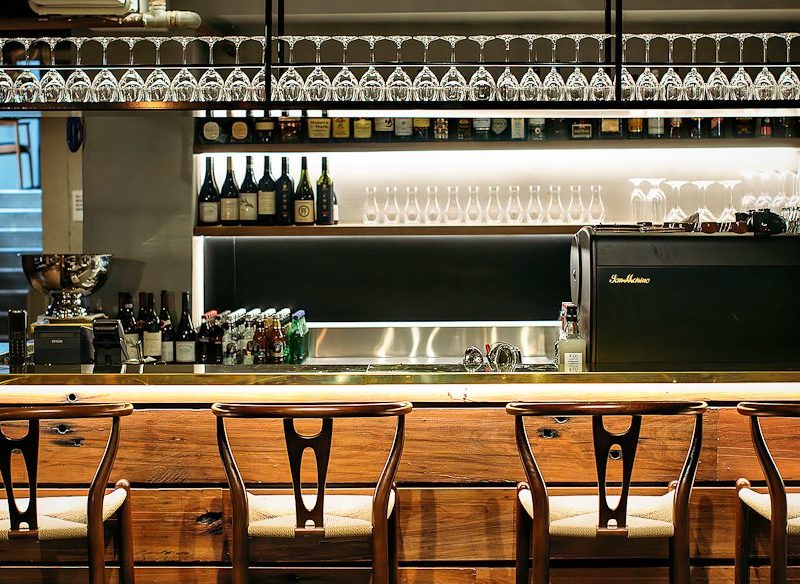 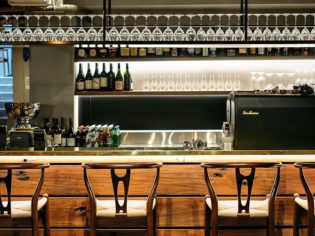 Leigh-Ann Pow revels in the seasonal menu from Sydney’s new kid on the block, Nel. restaurant, in the heart of Surry Hills’ burgeoning dining quarter.

It’s not usual practice to start a restaurant review in the bathroom but when they are as stylish as the one at nel. restaurant, it seems somehow fitting.

All shiny black tiles, a toilet with a funky little back rest should you choose to sit a while, and, the pièce de résistance, a tube of strong-hold hair gel nestled among the designer hand wash and moisturiser above the sink. It’s the coolest bathroom I’ve ever been in, and a total reflection of the restaurant itself.

Located in a burgeoning dining quarter at the edge of the inner-city suburb of Surry Hills, nel. restaurant is a subterranean space tucked in below the recently refurbished Central Station Hotel.

Descending the stairs from the pavement, you are delivered into an edgy space of exposed bricks, wood and random copper pipes. There is a small bar tucked into the corner, and banquet seating hugs the walls.

There isn’t a huge amount in the way of windows, but they aren’t needed really, with the brightly lit open kitchen forming a window into the world of the busy chefs beyond.

The focus of attention in the whole space, it is from the kitchen that a co-ordinated staff of chefs, all overseen by head chef and owner Nelly Robinson (whose rock star blonde quiff hints at the reason for the strong-hold hair gel in the aforementioned bathroom), plate up a seasonal degustation menu that changes according to the produce and ingredients available.

A native of the north of England, Robinson’s cuisine has made a name for itself in his new home of Sydney due to the interesting combinations he serves up and the depths of flavours he achieves in each dish.

The dinner degustation menu consists of up to 11 elements (many are small-palate teasers rather than traditional courses), most of which are listed on the menu with suggested wines to accompany the tastes involved (the menu is priced at $118 per person without wine, or add an extra $90 with). From April 6 lunch is two courses for $55pp or 3 courses for $65pp.

A personal favourite on my visit is the trout with miso hollandaise, radish and vanilla corn, the fish being perfectly cooked (tender without being raw) and the creamy miso sauce not overpowering anything else.

The thing that Robinson and his staff seem to understand brilliantly, given the degustation imprint of the menu, is exactly how much of a good thing is just enough. Nothing served up is too heavy or stodgy, and each exquisitely constructed plate offers the perfect amount to get a taste for the dish without overindulging in it.

For this reason, even a conservative restaurant eater such as myself (two courses and I’m usually done) is still interested and ready for something new right up until the end, which on my visit involves a dessert of carrot, mandarin, buttermilk and mint (crunchy, sweet, slightly sour and piquant all together on a plate), followed by tiny Eccles cakes topped with lemon curd, a north of England staple that betrays Robinson’s roots.

Ultimately, nel. restaurant will leave you suitably satiated but not overly so, having indulged (but not overindulged) in a clever menu served up by a young and professional staff in both the kitchen and on the floor, in a space that is cosy and edgy in equal measure.

Oh, and your hair will look fantastic, too.

Verdict: Nelly Robinson and his staff are doing something so clever and delicious with nel. restaurant that it is impossible to ignore.

We rated: The very professional staff, the brilliantly constructed menu and the endlessly entertaining floor show in the open kitchen.

We’d change: Nothing really; as far as I can see they have a pretty good groove going here. 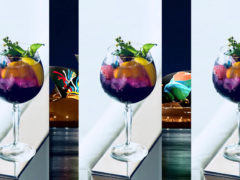 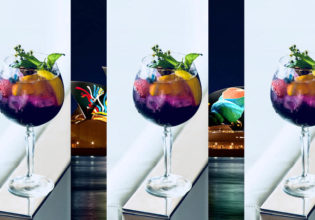 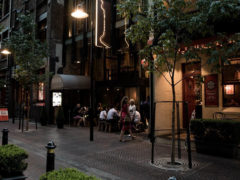 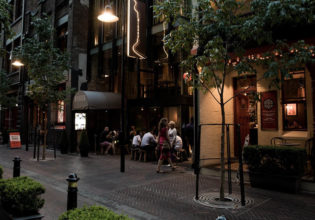 A hidden gem in Sydney’s emerging suburb of Chippendale, Kensington Street precinct is the new hotspot for food lovers, and those on the hunt for a ... 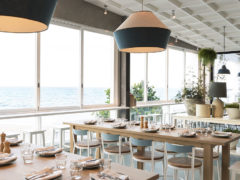 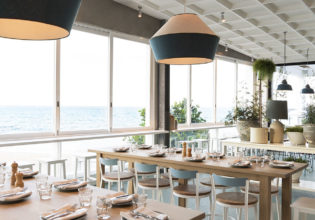 Two years after being ravaged by a Sydney storm, the beloved watering hole is back in business with a beachside menu and wood-fired pizzas. The iconi...