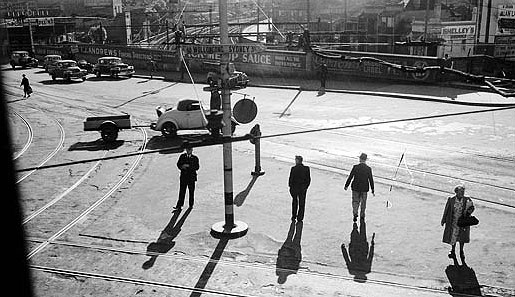 Crime Scene Investigation: Rochelle Hinton pays a visit to the new Exposure exhibition at Sydney’s Justice and Police Museum to discover eyewitness accounts like no other. If the current fixation on televised crime shows – think Underbelly, City Homicide and Gangs of Oz – has provided you with a healthy curiosity into the behind-the-scenes occurrences of crimes, you may want to head down to Sydney’s Justice and Police Museum this July.

Situated in Sydney’s gorgeous and central Circular Quay, the museum has just opened the Archive Gallery, a new photography space where people can come and enjoy the emotive experience that photographs provide. Throughout July, the museum will be showcasing the Exposure exhibition: actual crime-scene pictures taken by Sydney police and crime-scene photographers in the city between the 1920s and 1960s.

Place yourself in the shoes of the crime-scene investigator. They were required to attend these crime and accident scenes, meticulously taking photos that were to be later used as evidence in court cases. Hour after hour, day on day, these investigators would rush to the scenes of these crimes, witnessing again and again events the general public would hope never to experience firsthand.

Of the 130,000 photos taken over this time, 42 of the most thought provoking have been selected for display. These black and white images show all aspects of the police crime scene investigation – from the quiet and still aftermath of car crashes, industrial accidents, robberies and gruesome murders, through to the mugshots of those eventually arrested for their crimes.

These spellbinding images will take your breath away. And while you might not recognise any of the criminals or victims involved, you’ll certainly recognise the streets of Sydney – from Surry Hills to Newtown, Erskineville to Toukley – where these crimes occurred. Forget the scenes you’ve seen in movies or on television; the people preserved on film here are real – actual police, criminals and victims, all showcased in their most defining moment.