'Restaurant of the Year' - Guillaume, Paddington 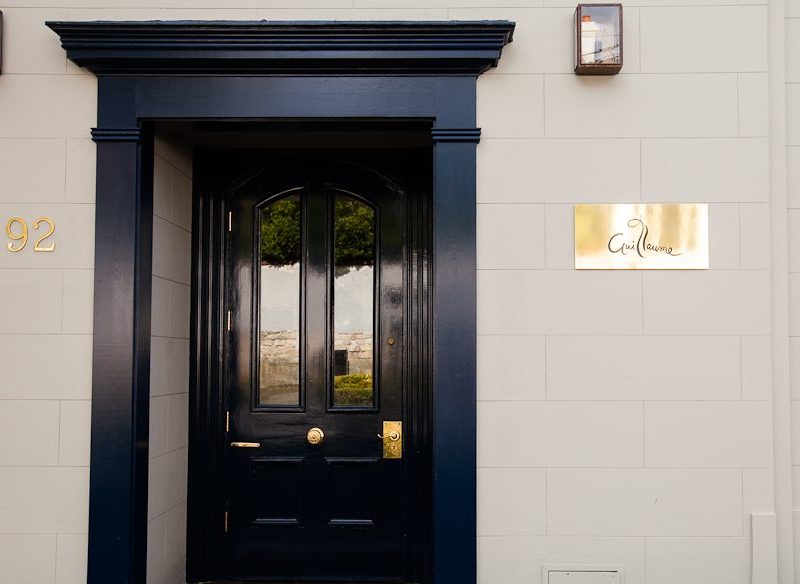 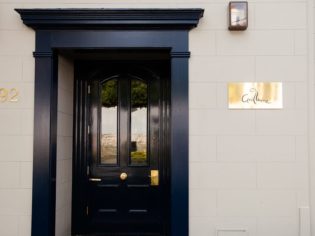 The successor of Sydney legend Guillaume at Bennelong at the Opera House has finally arrived, and though it’s yet to earn any hats, we’re tipping that it’s only a matter of time.

You’d be hard-pressed to find a connoisseur of Sydney dining who, if not an outright fan of Guillaume Brahimi’s achievements, isn’t at least grudgingly impressed with them.

This is the chef, after all, who transformed Sydney Opera House’s restaurant space from its string of white-elephant transgressions into a temple of epicurean worship and kept it so, maintaining hatted status among critics (and bragging status among clients) for an entire decade.

His controversial decision not to re-tender for the space when his lease expired was well covered – he was dismayed by the idea of offering the seven-day-a-week casual dining that Opera House management wanted, it was widely reported – and so the restaurant closed last New Year’s Eve, with the chef already working on ambitious plans to transplant his coveted chefs’ hats straight to his new site.

And so passed eight long months of this year (a remarkable length of time during which to keep staff on full pay, which is what he did for those who needed it) until coincidence, or perhaps particularly canny timing, saw his new venture open just days after this year’s Good Food Guide and its hatted recipients went to print.

Guillaume, as the new restaurant is simply titled, may remain toque-free as the team settles into its new location, but it is already clear that this will be another feather in the cap for the Frenchman.

It isn’t the first fine-dining venue to have followed such an intimate, bespoke and precisely gimmick-free formula, but in a year of the opposite – how many flashy-luxe venues, and showy celebrity-chef-styled menus have been announced in 2014? – such an opening heralds 2015’s return to discretion.

Indeed, discretion is the mantra of this new Guillaume experience. There’s barely a plaque announcing the restaurant in its quiet Paddington location; the establishment opened without fanfare or launch (it wasn’t needed, says long-time waiter, Terry Dumbleton, with pride: “we’ve been booked out till November since reservations opened”).

No website had been established either, at time of print; a particularly risky move, considering the investment involved in a fine-dining venture. Interiors, too, have been largely pared back.

Gone are the indigenous artworks, so appropriate to the Bennelong context; plush carpeting has made way for the rough, textured sisal floors you might find in a country home.

A shelf of alcohol stands in front of Hermès wallpaper, as if inviting diners to stop for a nip of whisky before bed; a simple series of original Matisse sketches dot the walls.

Indeed the entire venue has a more homely, easeful feel, although its intimacy – as bespoke and well considered as you could want – is at once both less formal and more so.

That is the biggest difference between here and Bennelong, actually. If the Opera House was an artful balancing act – between old- and new-world dining traditions, between French and Australian influences, but mostly between Brahimi’s personality and that of the space in which he worked – then this is its antithesis: a space solely dedicated to its owner.

“It’s me,” Brahimi agrees, when asked about the interiors. “The Matisse on the wall, the blue chairs, the display of liquor, the Riedel glassware, the matte coffee cups… it’s me.”

It is also, in some ways, more Australian than its predecessor; perhaps because this venture embraces its obvious Frenchness, rather than attempting the more self-conscious posturing of ‘modern Australiana’, which was arguably necessary in the previous space.

Such counter-intuitiveness is also the reasoning behind the menu here, which Brahimi says is, despite its more relaxed structure, “more fine dining, not less.”

Though the menu is now a la carte – one course will set you back $49 – “more people than ever are ordering the degustation,” he says.

That is the biggest difference between this venture and his last, Brahimi continues. “People feel at home here. We don’t do 230 people, or pre-theatre for 100 – we just do 70 people, and we do it perfectly.”

Twelve days before Guillaume at Bennelong closed forever, Australian Traveller sat down for a final lunch to celebrate what was truly an Australian fine-dining experience: the natural light, the softly chinking china, the warm service and, of course, that routinely exquisite food, all underscored by the ever-present, perfectly magical view.

In many ways it is a travesty that the Australian restaurant scene lost such iconic dining, within such an iconic destination – but if the arrival of this new restaurant suggests anything, it is that the new direction in our food scene is a return to food without distraction.

“I think we’re creating something good here, you know,” Brahimi agrees. “There is no one corner I don’t like of the restaurant; I’m happy to get up to go to work. I feel at home here. I’m happy to be here.”

Prices range from $49 for one course including sides and water (filtered or sparkling) but most popular menu format is the four-course degustation for $135.