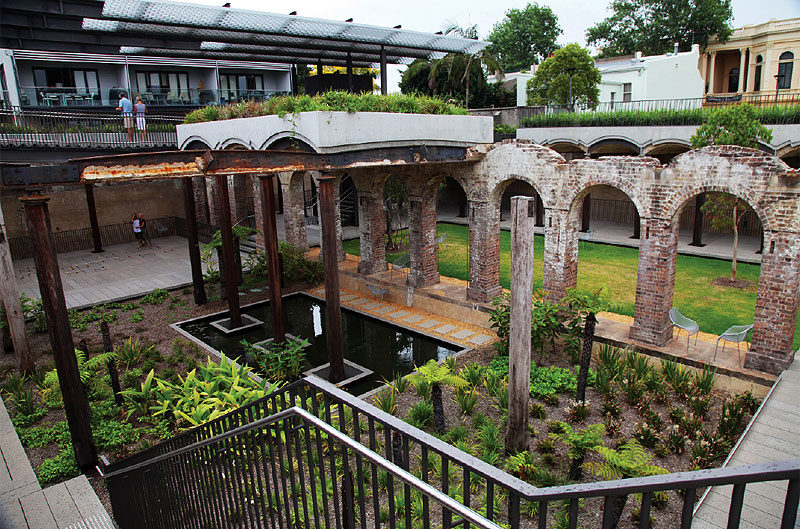 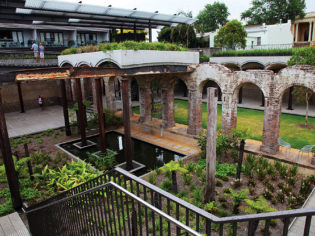 You don’t have to spend a fortune to see some really good stuff in Sydney. Travel writer, author and AT contributor Lee Atkinson has named her top ten cheapest (if not downright free) things to do you’ve never heard of.
1. Nicholson Museum, Sydney Uni
It might be tiny, but this three-roomed museum in a corner of the Quadrangle at Sydney Uni is home to the largest collection of antiquities in Australia. Most of it was collected by one of the university founders, Sir Charles Nicholson, although it has been added to over the past 150 years through the finds of various archaeological excavations. Favourite exhibit is the Egyptian mummies, although there’s a treasure trove of ancient pottery, sculpture, glass and tools from Greece, Italy, Cyprus, Egypt and the Middle East. Open Mon-Fri 10am-4.40pm, Sun noon-4pm, totally FREE.

2. Museum of Freemasonry, Castlereagh St
You don’t have to actually be a Freemason to enjoy this museum, but it probably helps. Don’t go there, like I did, in hopes of learning the secret handshake. You’ll leave none the wiser. And you won’t necessarily learn much about the meanings and reasons behind the elaborately embroidered and bejewelled aprons, quasi-military medals and strange hats – in fact, you might well leave more confused than before – but you will glean plenty of entertaining trivia. Who knew that some of Australia’s most iconic culinary masterpieces (Vegemite, Freddo Frogs, Aeroplane Jelly, Cherry Ripes, Milo) were all created by Masons? Level 3, 279 Castlereagh St, (02) 9284 2872, www.mof.org.au, Mon-Fri 8.30am-4.30pm, FREE.

3. Museum of Human Disease, University of NSW
It’s not free – but at $10 a head it is dirt cheap, and deserves a mention because it’s so darn weird and icky. All sorts of real body bits floating in jars, from gullets to guts, tumours, growths and insanely long intestinal worms are on show here in this museum that was originally designed as a teaching resource for medical students. But it seems they just can’t keep the curious crowds away. Entry includes a free audio tour, and it’s a hit with most easily-bored and hard-to-impress teenage boys, but not with the squeamish. Ground floor, Samuels Building, University of NSW, cnr High & Botany Sts, Kensington, (02) 9385 1522, www.diseasemuseum.unsw.edu.au, Mon-Fri 3pm-5pm, adults $10, kids $5.

4. Dirt Cheap Beer, Laksa & Show Deal, Woolloomooloo
It might look just like a 100-year-old pub from the outside but don’t be fooled, the Old Fitzroy Theatre, hidden away in a backroom of the pub, is the place to see some of the country’s best new theatre. It’s the home of the Tamarama Rock Surfers, dedicated to performing the work of emerging young Australian playwrights. The Beer, Laksa and Show (BLS) packages are hard to beat at $35. Bargain hunters can also scoop up a good deal with Cheap Tuesday tickets for $17 or $25 BLS package (tickets normally $21-$29) and late sessions for $16. 129 Dowling St, Woolloomooloo, 1300 438 849, www.oldfitzroy.com.au

5. Sze Yup Kwan Ti Temple, Glebe
Built in 1898, this Chinese temple hidden away in the leafy backstreets of residential Glebe Point is dedicated to warrior god Kwan Ti. It’s not only Sydney’s oldest Chinese Temple, but a very pleasant spot to take some time out and savour the tranquillity. 2 Edward St, Glebe. Daily 9am-5pm, FREE.

6. Three Foot Square Gallery, Paddington
It’s not how big the gallery is, but what’s in it that counts. And this tiny little art space that’s part of the University of NSW’s College of Fine Arts (COFA) is quite possibly Sydney’s smallest gallery – it is literally just three foot square. It’s the ultimate hole-in-the-wall art show: a window gallery illuminated at night. Greens Rd, at the main entrance to COFA, Paddington, www.cofa.unsw.edu.au, FREE.

7. Paddington Reservoir Garden
One of Sydney’s newest gardens, and one of its best kept secrets, this sunken garden has been built at the bottom of an old water reservoir, first built in 1866. It was decommissioned in 1899, became a storage facility and then a garage with a park on top – until the roof collapsed in 1990 when it became a graffiti grotto (the graffiti’s still there, which adds to the delightfully shadowy atmosphere). It was then restored and reborn as a landscaped park, complete with an ornamental pond and hanging gardens around the edges. It feels very Romanesque and otherworldly, and is a great place to hide away from the world. Cnr Oxford & Oatley Sts, Paddington, FREE.

8. Penguins on Parade, North Head
Sydney’s northern harbour, near Manly, is home to the only breeding colony of Little Penguins (sometimes called fairy penguins) on mainland NSW. They are highly endangered, and the population of the colony is currently only around 50-60 pairs. Best place to see them is at Collins Beach on North Head and around the old Quarantine Station (now called Q Station). FREE.

9. Lucas Heights Nuclear Reactor
On the first Saturday of every month you can join a free tour of Australia’s only nuclear reactor. The boffins at the CSIRO who run the show will teach you all about neutron scattering and neutron beams, and you’ll get to see the accelerators, the mass spectrometer and neutron guide hall. Homer Simpson, eat your heart out. It’s a sensitive site, so you must book (and provide ID) at least three days in advance (deadline Wednesday prior). New Illawarra Rd, Lucas Heights, (02) 9717 3111, www.ainse.edu.au, tours Sat 10am & 2pm, FREE.

10. The Museum of Australian Currency Notes, Martin Place
Ever wondered what happens to old banknotes? They’re shredded, melted and turned into garbage bins! Fun fact. And just one of the cool monetary snippets you’ll learn at this shiny new museum underneath the Reserve Bank of Australia that is honestly much more interesting than it sounds. But then again, money usually is. And there’s plenty of it on show here, with displays that trace the history of Aussie coins and banknotes from the early days, to some brilliant, modern-day forgeries that are almost impossible to spot. 65 Martin Place, (02) 9551 9743, www.rba.gov.au/Museum, Mon-Fri 10am-4pm, FREE.