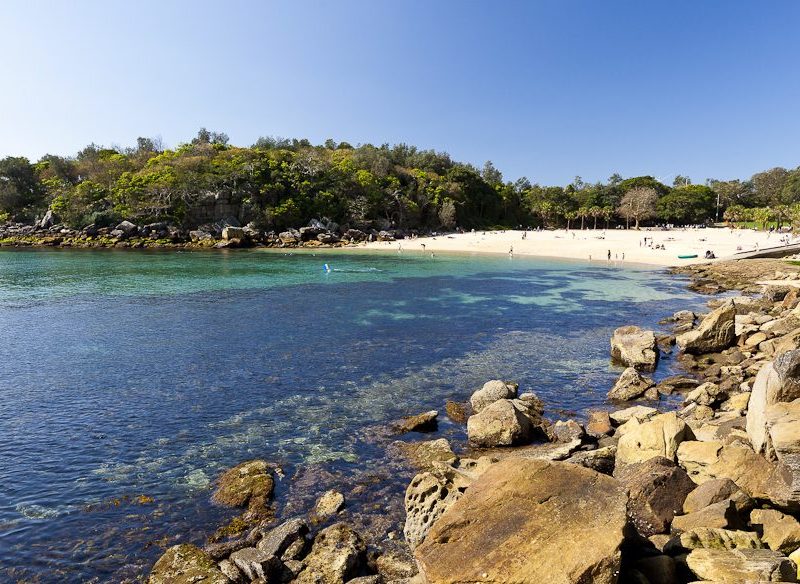 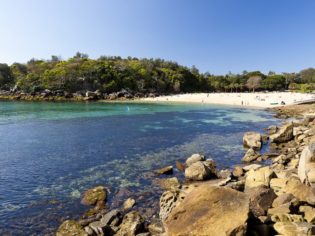 With multimillion-dollar views in every direction, this glittering natural wonder needs no introduction, but there is much more to Sydney Harbour than meets the eye – one of Australia’s 16 Ultimate Escapes

Hugging the shores of one of the world’s most cosmopolitan cities, the beguiling waters of Sydney Harbour are a blue-green wonderland of sparkling, yacht-studded bays, secluded beaches and coastline framed by parks and native bushland.

The green heart is the great expanse of Sydney Harbour National Park, encircling the headlands and entrance to Port Jackson. It is the gateway to a region of natural beauty, rich with Aboriginal and convict history, World Heritage sites and even wildlife on the doorstep. Humpback whales have been known to seek shelter in the harbour’s coves, while a colony of little penguins have made themselves at home on Manly’s foreshore.

Most visitors will get their first glimpse of the harbour while exploring The Rocks, parks like the Royal Botanic Gardens and coastal walkways that snake around the foreshore. With unmistakable icons like the Sydney Harbour Bridge and Sydney Opera House, it’s an enticing view from any vantage point.

To the east, the Bondi to Bronte walk is one of those Sydney must-dos, its coastal contours taking in a sea panorama, golden sands and plenty of sun-kissed locals. Headlands like South Head offer a tremendous vista of the wild Tasman Sea from pathways built on precipitous sandstone bluffs. Along the Palm Beach peninsula, surf beaches are a living postcard, while the Ku-ring-gai Chase National Park, a short drive north, offers a wonderful mix of bush, beach and peaceful waterways. Further south, walk and camp in the Royal National Park, with its isolated beaches, rainforest and dramatic clifftop coastal trails.

Ambling along a wild coastal track through native eucalypts, it’s all too easy to forget you’re in the middle of Australia’s biggest city, but that’s the beauty of Sydney – coastal tracks and pathways encircle much of the harbour foreshore. You can opt for a DIY half-day hike tackling the classic Spit to Manly, a 10-kilometre walk that boasts shockingly beautiful harbour views, coastal coves and vast swathes of bushland. For a longer trek, sign up to a camping trip explore the Coast Track in the Royal National Park. Or spend five days exploring the entire coastline of Sydney with Auswalk (03 5356 4971), walking 10-20 kilometres a day until you’ve covered North and South heads, Middle Harbour and a holy trinity of peaceful beaches, Aboriginal sites and panoramic lookouts.

When the sun is out, Sydneysiders make a beeline for the coast – lounging on towels at surf and harbour beaches, picnicking at waterfront parks and drinking icy-cold beer anywhere with a view. A tour of South Head offers the full package: surf beaches, sheltered harbour bays and the three-kilometre Waverley Cliff Walk. Following boardwalks and stairways along precipitous bluffs, this coastal stretch has tremendous views over the Tasman Sea. Feel the saltspray from the surf lashing at the sandstone cliffs, and finish with lunch at Watsons Bay, where you will find a waterfront park, a picturesque beach, a pub and possibly the best fish and chips in town. See Sydney Coast Walks; 1300 139 902.

Sydneysiders are a friendly bunch and so are the fish – especially the harbour’s resident eastern blue gropers. These big-eyed, plump-lipped fish grow up to 1.2 metres in size and are as playful as Labradors, making regular appearances in the harbour’s idyllic sheltered bays. Cabbage Tree Bay Aquatic Reserve, accessed at Shelly Beach in Manly, is a protected portion brimming with marine life, from harmless wobbegong sharks to juvenile dusky whaler sharks. Swimmers, divers and snorkellers are regularly befriended by Harry the resident blue groper. See: Eco Treasures; 0415 121 648.

It’s the stuff children’s dreams are made of – camping overnight in a zoo, listening to the cacophony of hoots, howls and roars of the animals. Taronga Zoo’s Roar & Snore makes that dream come true with a sleepover package in luxury safari-style tents. This extraordinary experience includes behind-the-scenes tours and nocturnal animal encounters. Walking through the zoo with torches, and falling asleep knowing wild beasts are mere metres away will thrill your pint-sized animal lovers. It’s good grown-up fun, too. The following day, all the family can enjoy the zoo’s Nura Diya Aboriginal Discovery Tour, hearing stories of Australian wildlife told through the perspective of an Aboriginal guide. See: taronga.org.au; 02 9969 2777.

Before the arrival of the First Fleet, the Gadigal people lived along the shores of Sydney Harbour, and were deeply connected to their environment. Pause for a moment and reflect on the ancient spirituality and saltwater lifestyle of these coastal Aboriginal people on a fascinating 90-minute walking tour. Developed by Margret Campbell, a Dunghutti-Jerrinjah woman, The Rocks Dreaming tour (02 8273 0000) strolls around some of the most prominent indigenous sites like Bligh and Barney Reserve, Dawes Point and Campbell’s Cove, exploring the language, customs and medicinal uses of native plants.

It’s hard to believe, but even Sydneysiders feel the need to go day-tripping. Where do they go? South – to the Royal National Park. Nature lovers are spoilt for choice in this bewitching wilderness. Dawdle along the sand at Wattamolla Beach, float around the calm, lagoon bay on a lilo or snorkel the rockpools at Jibbon Beach, Bundeena, where Aboriginal rock carvings are etched into the sandstone. Some of the best bushwalking in the state is found here – including the 26-kilometre Coast Track, a two-day walking and camping odyssey that winds along the coast and beaches from Bundeena to Otford. Or for night owls (and night photography enthusiasts), a moonwalk tour explores the park after dark. See Understand Down Under; 0448 388 687.

Getting here: Kingsford Smith Airport, the main international and domestic airport, is only 15 kilometres from the central business district and Sydney Harbour. For information on trains, buses and ferries see transportnsw.info or call 131 500.

Eating here: There’s no chance of going hungry in Sydney, which has a world-class culinary scene, from edgy laneway cafés to dreamy pop-the-question restaurants. Find eat-street precincts in inner-city suburbs like Newtown; surf spots Manly and Bondi are crammed with restaurants, cafés, fish and chip joints and pubs; and pescetarians should hotfoot it to the famous Sydney Fish Market in Pyrmont.