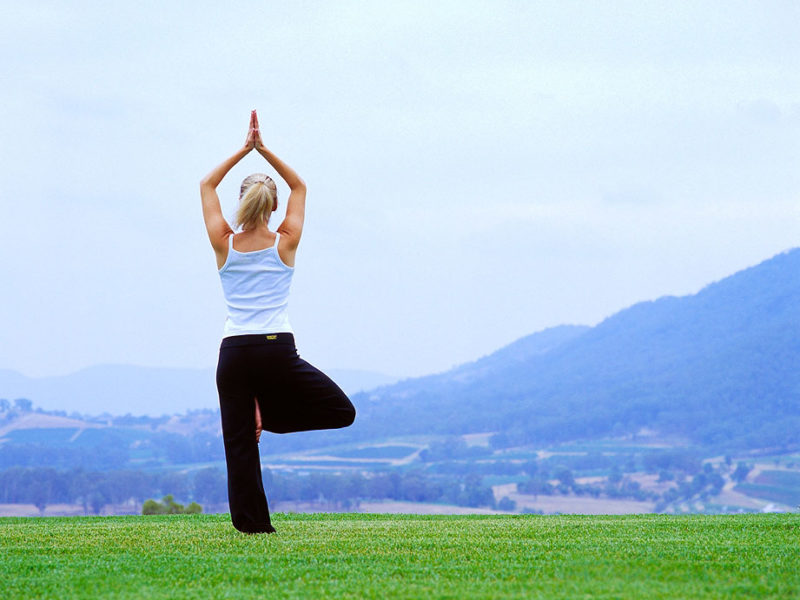 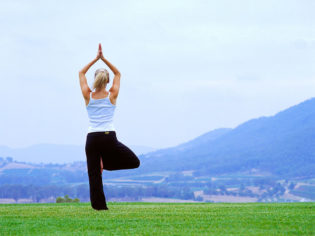 Georgia Rickard unwinds at the Golden Door Health Retreat in the NSW Hunter Valley…maybe a little too much.

Confession: I’ve been wanting to go to this retreat since forever.

OK, that’s not quite true – The Golden Door, hidden in the hills of New South Wales’ Hunter Valley, only opened ten years ago. But since then, the swathe of local and international celebrities who’ve beaten a path to its fabled doors has left me wanting. What is this mystical place? Are mere mortals allowed to go? And how do I justify the exorbitant cost?

It’s late when I arrive – close to 11pm. So despite my excitement, it’s hard to declare my instant love for the place. But things look promising. The lobby – an airy space of warm timber, soft lights and running water – is pared back simplicity. The nearby fireplace – yes! I love fireplaces – is surrounded by a small community of cushions, armchairs and lounges. In the darkness, the path to my room looks… well-kept. (Well, that’s a plus, right?). My best friend and I fumble our way to our villa, crash into bed and land in the sort of slumber only Friday nights can bring. It’s heaven… until my alarm goes off. At midnight.

“What!?” I cry, awakening in a panic. The looming fluorescence of the clock tells me it’s 12:01. Is this a joke? I get up and turn the lights on, but everything’s quiet. A weird glitch, I decide, and climb back into bed. But not before I pull the alarm’s plug out of the wall. Nothing is going to stir me until breakfast.

When I finally wake up – halfway through breakfast, according to the schedule that’s been left on our dining table – I’m greeted by the ridiculous view from our balcony. Now I can start falling in love with this place. Rolling green hills. A patchwork of farms. Wineries, bushland, cows. The Golden Door has built around the slopes of a hill in order to take full advantage of the views, I find out later – no mysteries as to why.

Though the sunlight streaming through the big glass windows reveals accommodation that’s beginning to look her age – the blinds in my room are tatty, the bulky TVs belong in last century – the views almost make up for it. I climb into my gym pants (the only pair of pants I managed to pack in my frantic scramble to get here) and jackrabbit to breakfast, where I’m relieved to discover that the entire retreat is clothed in similar garb. It seems comfort comes first here.

And that’s a philosophy I find reflected again and again. The retreat’s schedule revolves around meals and snacks at regular intervals (breakfast at 8, morning tea at 11 and so on), with all kinds of activities peppered throughout the day – Tai Chi at sunrise, 10km hikes, yoga – but the emphasis is on doing as little, or as much as you like. After breakfast, I’m planning to head to yoga, then take part in the 10km hike, but somehow I end back in bed. And though I really am thinking about a game of tennis after lunch, I find myself curling up by the fireplace with a book instead. And I don’t even care. Something about this place – the luscious food? The mountain air? – has me turning a chilled out puddle. I don’t even want to leave for the tour of local organic winery Tamburlaine, which requires me to spend a strenuous hour sampling their wares. (Although I do. And I even force back a couple of gorgeous Cabernets, which is obviously tough going.)

And though I do eventually make it to one class – ‘Stretch’, which is as tiring as it sounds – I’m much happier when I head to the spa and have myself a luscious facial there. I also listen to Kerri Sackville – one of my favourite columnists – give an after-dinner talk on her latest work, The Little Book of Anxiety. And I sleep. I sleep till I’m woken by sunlight each morning, I sleep after each nourishing lunch; I sleep when my head touches the pillow at 9pm. I haven’t felt so relaxed in a very long time.

Admittedly, it does seem like a waste when there’s so much on offer – especially when my friend returns to our villa, raving about yoga and hiking and something called deep water running – and yes, there are other places I could sleep. My own bed, perhaps. But the food, freshly cooked without any input from me, the ban on caffeine and mobile phones (yes, really), the sense of peace I feel at the end of the weekend… those things are priceless. As is the happy smile on my girlfriend’s face, who feels just as refreshed and ready to return to life as I. As promised, the Golden Door is a retreat from life’s craziness, and I reckon that’s the best reason to go. Even if you’re not a celebrity.

Georgia was a guest of The Golden Door Health Retreat – Elysia

Rates from $970 per person for two nights