The secrets of Camden Haven 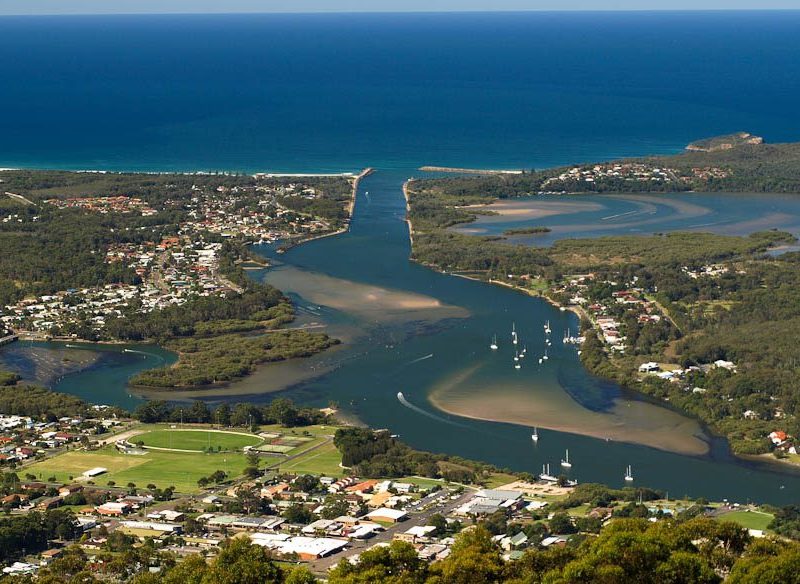 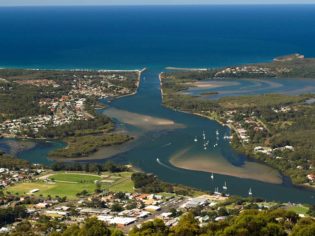 AT Reader Mark Jekabsons wants to wow you with his secret spots on the NSW Mid North Coast, but then he hopes that you will completely forget where they are.

We all know a spot, that has a special place in our hearts, where life is still pretty simple and unaffected by development. The sort of place we want to tell everyone about, while not wanting anyone to find out lest the place change. For me, that place is the Camden Haven on the Mid North Coast of New South Wales.

The Camden Haven is focussed around the town of Laurieton which, along with Dunbogan and North Haven, straddles the Camden Haven River and includes the towns of Bonny Hills and Lake Cathie to the north, Johns River to the south, Kew and Kendall to the west and on up to Lorne at the edge of the Comboyne Plateau.

For the most part Laurieton has escaped the development that is occurring around Port Macquarie and, at about four and a half hours north of Sydney, it is slightly too far for most people to have a weekender. The past few years have seen the arrival of a large new supermarket and a couple of ‘city’-style cafes but things have slowed down again since: in other words, it’s a great place to unwind but you can still get your soy latte.

The beaches here are as good as you will find anywhere. North Haven Beach, near the mouth of the river, and Rainbow Beach at Bonny Hills are the two main patrolled beaches.

Just inside the river’s breakwall are the calm, child-friendly waters of Pilot Beach. On Grants Beach, you can join the other walkers, joggers and dog owners getting their exercise, although it’s never crowded.

Travel the dirt road into Crowdy Bay National Park and you will find the jewel in the crown: Diamond Head. Here campers and day-trippers enjoy crystal clear water and a gentle surf break in the lee of the split-rock headland sprinkled with quartz crystals which gives the location its name.

This has always been our family favourite – parking right on the beach for a few hours of swimming, snorkelling and beach cricket followed by four-wheel-driving along the beach itself. If you intend to do the same, don’t forget to get yourself a beach driving permit from the Dunbogan Boatshed (they also have fishing permits).

The Boatshed is a destination in itself, as small as it is. It dates back to the 1940s and for many years provided moorings at the marina. It now can’t be beaten as the perfect setting to enjoy a coffee. The deck is perched over the water and from here you can feed the hundreds of fish below and often see dolphins playing nearby.

If you want to get out on the water you can hire kayaks. It is not unusual for the dolphins to surface right alongside as you explore the estuary.

Another of the area’s buildings that has been restored to its former glory is the Plaza Theatre in the main street of Laurieton. This place can take some credit for Baz Luhrmann’s success. Baz lived in the area as a child and his father was projectionist at the cinema, which seems to have inspired him to pursue his career in movie-making.

The theatre has been refurbished to reflect the heyday of cinema, with statues, old posters, red velvet curtains and ornate detail that all suggest stepping back in time for a bygone-days movie experience.

Everything that happens in Laurieton does so under the watch of North Brother, or Dooragan. This mountain rises abruptly from the coastal plain along with two other ‘brothers’ to the south. It was sighted and named by Captain James Cook in 1770 and proclaimed a National Park in 1997.

There is now a van at the summit lookout supplying your caffeine needs. If you bring your own supplies, you can take advantage of the barbecues and grassy areas and eat lunch while you take in the views which extend over the entire Camden-Haven district. On a clear day, you can see up the coast to Port Macquarie, down into Crowdy Bay National Park to Diamond Head and beyond and west to the plateau.

There are a couple of short walks near the summit, one passing through a magnificent stand of coastal rainforest. If you really want to earn your coffee, then why not challenge yourself to the Laurieton Track which climbs nearly 500 metres in 2.6 kilometres from the town to the summit of Dooragan?

There are plenty of other scenic walks, for all standards of fitness, to be found. Close to Laurieton is the Queens Lake walking track which follows the shoreline past tall stands of eucalypt and along boardwalks through paperbark swamps.

Near Diamond Head, a loop track follows the coastal cliff past a natural arch and returns through heathland, passing Kylie’s Hut along the way. This peaceful spot is where author Kylie Tennant penned The Man on the Headland.

The walk to the end of Point Perpendicular through Kattang Nature Reserve gives access to the perfect sport for whale watching in season.

The most popular walk of all, especially each morning and evening, is along the breakwall past North Haven to the beach.

I am still exploring the many villages and natural attractions of the Camden Haven. Each time I visit I discover something new (I wonder how many locals know about Old Bottlebutt or have stood on the edge of Bago Bluff at sunset?). Growth is inevitable but hopefully the change it brings will be gradual.

Now that I’ve told everyone, what I am really hoping is that you will read my story, look at the pictures, think “Oh, that sounds nice!”, and promptly forget where the place is.