10 ultimate adventures in the Northern Territory 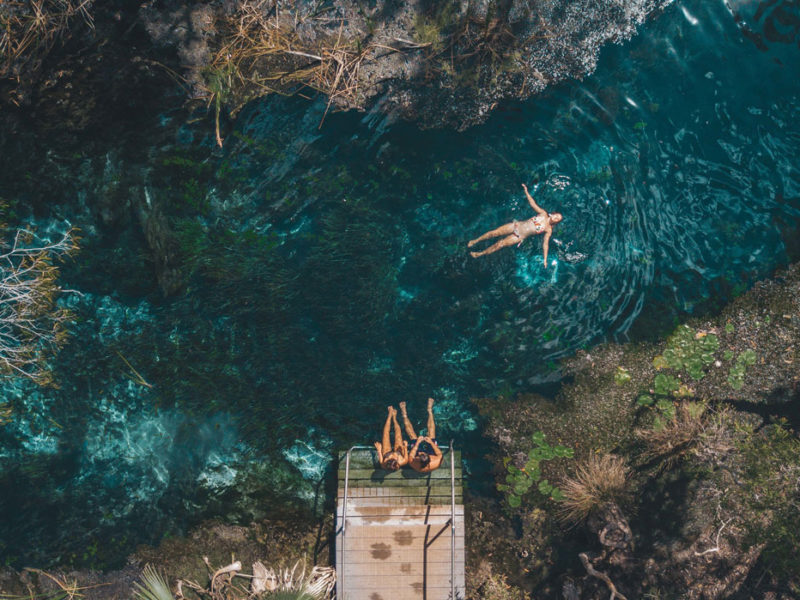 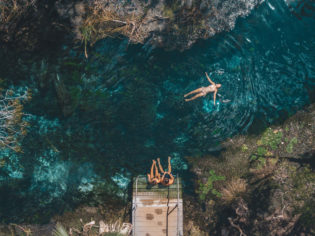 Whether on four wheels or two feet, from the air or on the water, here are 10 of the best adventure experiences you can have in the Northern Territory.

Soar over Alice Springs in a hot air balloon

Watching the sun rise over the ochre-coloured landscape of the Red Centre in the Northern Territory sure beats a sleep-in. During this one-hour hot-air balloon ride with Outback Ballooning, you’ll soar above the majestic MacDonnell Ranges that stretch out for hundreds of kilometres either side of Alice Springs and the historic Owen Springs Reserve, and you may even spot kangaroos or wild camel dashing across the golden plains.

Kayak through ancient gorges in Katherine

Owned by the Jawoyn people, Nitmiluk National Park boasts a dramatic landscape of 13 towering sandstone gorges, carved out over millennia along the Katherine River. Visitors can take a scenic cruise with Nitmiluk Tours to the second gorge, and from there kayakers can paddle as far as the fifth gorge, past tropical grasslands and pandanus trees, ancient rock art, crystal-clear rock pools and waterfalls, spotting wildlife along the way.

Drive an ATV along the Finke River

Bush bash along rugged tracks in a four-seater ATV (all-terrain vehicle) with Finke River Adventures, exploring what is thought to be the world’s oldest riverbed that follows its original course, which it has done so for about 100 million years. Finke Gorge National Park is located about 140 kilometres west of Alice Springs and the tour traces the stunning landscape created by the ancient Finke River into the picturesque Palm Valley. Stop for a picnic lunch in this staggering desert oasis of 3000 red cabbage palm trees where experienced guides will be on hand to teach you about the ancient history and culture of the area.

Bush bash through Finke Gorge in an ATV.

You’ve no doubt walked alongside this 348-metre-high monolith and felt as tiny as an ant, but you need to see it from the air to fully appreciate its entirety. While a scenic flight is lovely, there’s another option for adrenaline junkies: skydiving. The doors-open flight will afford you epic views of Uluru; Kata Tjuta, a group of 36 large domed rock formations; flat-topped Uluru-lookalike Mount Conner; and the spectacular salt pan of Lake Amadeus. The niceties over, you’ll exit the aircraft for a thrilling freefall and parachute ride, landing on the red earth – the only skydive in Australia that does so.

Seeing Uluru from the air is half the fun on a skydive over the rock.

Take a helicopter flight over the vast Central Ranges

If you’d prefer to stay firmly put in the aircraft, Kings Creek Station – a working cattle and camel station located 36 kilometres from the famous Kings Canyon in Wattarka National Park – has a number of spectacular scenic flight options. Take in the red rock cliffs of Kings Canyon; the remote ancient crater of Petermann Pound; or the relatively unknown Ferrar Springs, an area of pristine waterholes, caves and rock formations where wild horses roam.

Swim with crocs in Darwin

Coined the Cage of Death, this unique experience offered by Crocosaurus Cove (a reptile exhibit in the centre of Darwin city) is the only way you can safely swim with these predatory reptiles in Australia. The experience includes 15 minutes in the water, where you’ll come eye-to-eye with a five-metre-plus croc.

Swim with crocs at Crocosaurus Cove in Darwin.

Named one of the world’s best treks by National Geographic, the epic 230-kilometre Larapinta Trail traces the spine of the West MacDonnell Ranges, passing ancient gorges and chasms, remote waterholes, about 600 species of rare flora and taking in panoramic views of surrounding rugged landscape. The entire trail takes an experienced hiker around two weeks to complete, but for those short on time or less experienced, it’s divided into 12 day-walk sections. See Trek Larapinta for a range of organised treks.

The epic 230-kilometre Larapinta Trail is a hiker’s dream.

Go airboating on the Mary River

Zoom across the endless floodplains of the Mary River wetlands, a lush microcosm just 90-minutes’ south of Darwin, on a thrilling airboat ride. This fascinating natural wonderland, comprising billabongs, woodlands, paperbark and monsoon forests, is teeming with wildlife such as brolgas, egrets and sea eagles, as well as huge saltwater crocs and wild buffalo. The airboat allows access to many unique areas that other vessels aren’t able to go to.

Zoom across the Mary River wetlands floodplains in an airboat.

Swim in a secluded waterhole

Elsey National Park, made famous by the 1908 novel We of the Never Never by Jeannie Gunn, is home to pristine swimming holes: Bitter Springs and Mataranka Thermal Pool. While the turquoise-coloured Mataranka Thermal Pool has been made easily accessible for tourists – with manmade steps and walls around its edge – the lesser-visited Bitter Springs remains a natural oasis fringed by ferns and palms. Bring a floaty and relax as a gentle current bobs you downstream for about 100 metres from where you can hop out and do it all over again.

A birds-eye-view of Bitter Springs.

Getting to Bullo River Station is an adventure in itself: located in the northwest corner of the Northern Territory, the working cattle station is about 10 hours’ drive from Darwin and six hours from Katherine by 4WD only. Alternatively, book a charter plane or helicopter to get you there. Set on about 202,000 hectares of breathtaking landscape comprising waterfalls and winding gorges, rivers, vast grassy plains and Aboriginal rock art, Bullo River Station guest activities including horse riding, hiking, cruising, scenic flights and fishing. Visitors can also join in authentic station activities such as completing bore checks, lick runs, feeding calves and mustering.

While the Northern Territory is synonymous with adventure, it’s also a place of huge significance to Indigenous Australians, one of the world’s oldest living cultural groups, with a visit promising a reevaluation of what it means to be Australian. Here is why it’s so incredibly special.

An outback immersion with Inspiring Journeys

The ancient and achingly beautiful abound in Australia’s outback. But to see beyond its physical beauty to its spiritual heart requires a complete a...

7 must-do expriences in the Northern Territory