Your transformative guide to exploring and appreciating the Northern Territory 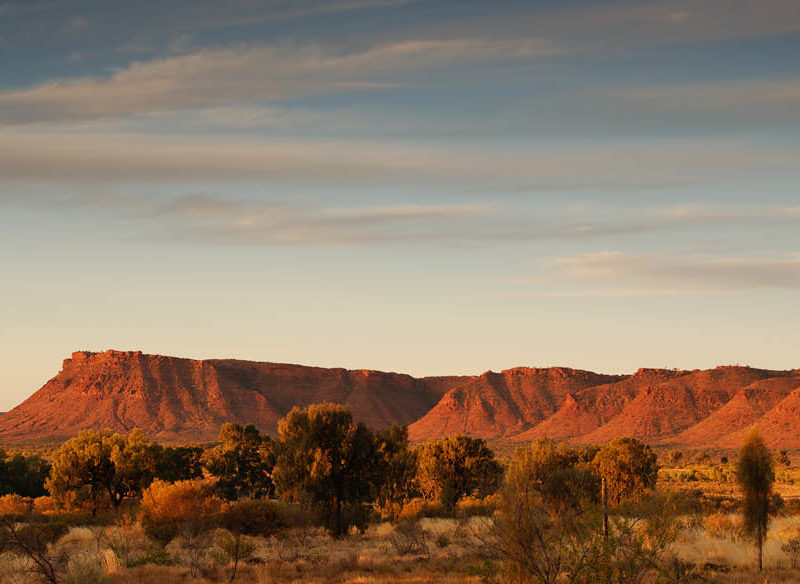 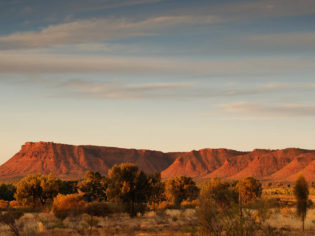 | THIS ARTICLE WAS CREATED IN PARTNERSHIP WITH Inspiring Journeys |

THIS ARTICLE WAS CREATED IN PARTNERSHIP WITH Inspiring Journeys

Make a break for the transformative Northern Territory – whether to its water-filled Top End, or its still and silent Red Centre. Discover the Territories northern soul.

Home to the smallest population of any Aussie state or territory, the NT is big on landscape and natural beauty, and far leaner on an urban scene. But that’s precisely why this region is a firm traveller’s ‘must-do’. Here, indigenous culture looms large, lush nature reserves are a rock wallaby’s hop from town, and the feeling of having entered a parallel world is ever-present.

Beginning either in the desert at Uluru or the seaside city of Darwin, discover the best of the north on a boutique, immersive and relaxing Inspiring Journeys trip. On ‘Outback Australia: The Colour of Red’, be awestruck by the monoliths of Uluru and Kata Tjuta before exploring Kings Canyon and the ancient gorges and meteorite craters of the MacDonnell Ranges region. Further north, on ‘Kakadu’s Ancient Secrets’, climb the dramatic Nourlangie Rock, take on the the Marrakai 4WD track, uncover the secrets of the Ubirr rock art site and unwind with a plunge into natural swimming holes at the picture-perfect Gunlom and Wangi Falls.

The Red Centre is all about ochre dirt under your feet and electric blue skies overhead. And nowhere is this sensation more arresting than at Uluru, the majestic monolith that shifts colour with the sun, stretches 350 metres high and boasts a circumference of around 10 kilometres wide. Spend a few days journeying 460 kilometres here from Alice Springs, dabbling in other spellbinding Central Australian highlights as you relax into the tranquility and slower pace of desert life.

Make your way through two dramatic red rock ‘gaps’, Simpsons Gap and Standley Chasm located 20 kilometres and 50 kilometres outside Alice respectively. Gentle bush and a cornucopia of desert flowers abound here and the area is rich in indigenous spiritual significance – Standley Chasm, for example, is a traditional women’s dreaming site.

A 145 kilometres drive south-west of Alice, detour off the Stuart Highway to wander around the 12 craters of the Henbury Meteorites Conservation Reserve. These formations resulted from a meteor hitting the Earth’s surface 4700 years ago.

Travel the Mereenie Loop to Watarrka National Park (home of Kings Canyon), an oasis in the desert that swims with prehistoric fossils, zebra finches and cycads. Take the rim walk for views of undulating rock formations and pink canyon walls, then spend the night in a Deluxe Spa Room at Kings Canyon Resort gazing out at rugged bush beyond via a huge window set beside your spa bath.

While away a morning along the shady Walpa Gorge trail at Kata Tjuta, formerly known as the Olgas, where red-rock domes resemble ‘many heads’ (as its name reflects in the Pitjantjatjara dialect). As a Red Centre finale, head to Uluru for the afternoon. Uncover the secrets of its creation history in the rock art galleries along the Mala trail, before basking in views of sunset sliding over the monolith – with sparkling wine in hand.

A trip to the Top End is incomplete without a visit to the natural jewel of the region, Kakadu. This, Australia’s largest terrestrial national park, boasts a geographical footprint that’s almost the same size as Slovenia. It hosts all six ecosystems of Northern Australia – from woodlands to wetlands – plus 10,500 species of fauna and 2000 types of plants. En route, take in these additional tropical delights all located a short drive from Darwin.

Closer to Kakadu, the Mary River region, 100 kilometres from Darwin, is known for its wetlands; specifically its birdlife and saltwater crocs that stretch up to six metres long. Spot both animals on a safari cruise along Adelaide River. Here, crocs leap from the water and whistling kites soar through skies above.

Kakadu is especially lauded for its Indigenous art sites, sweeping escarpments and dazzling views over Arnhem Land. Take in the former at Ubirr, where rainbow serpent story sketches rest within the site’s natural galleries. Continue your rock art fix at Nourlangie, home to the most epic escarpment in the park, as well as a chain of ancient art galleries. Stay in a safari tent on the Mary River Wetlands and rise to the sound of the water’s wildlife. At Corroboree Billabong, hop on a wildlife cruise to spot its creatures and explore the floodplains with a local guide.

Finally, cool down with a splash at Gunlom Falls, a sacred site that rests at the end of an unsealed road. Here, a waterfall plunges 100 metres through a saddled copper escarpment to reach a base pool encircled by eucalypts. At Gunlom’s upper falls, natural infinity pools reflect clouds, while epic, sprawling views take in the expansive valley below. If the place charms you, you’re not alone. That’s the impression the falls left on Crocodile Dundee’s makers, too – they chose this site as the setting for one of the blockbuster’s first love scenes. 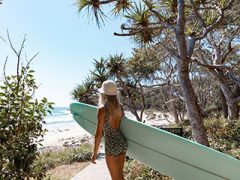 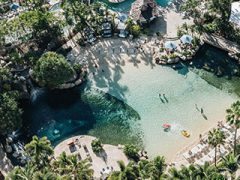 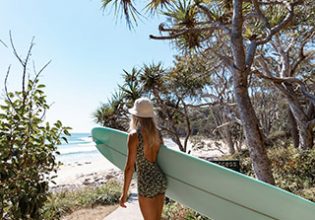 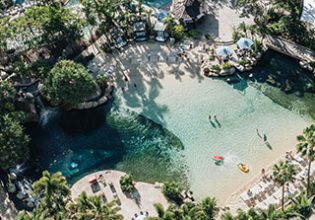