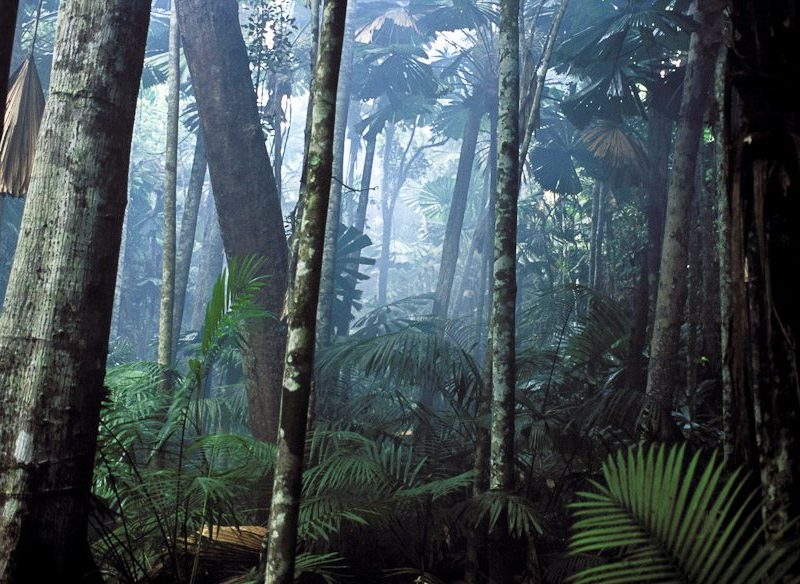 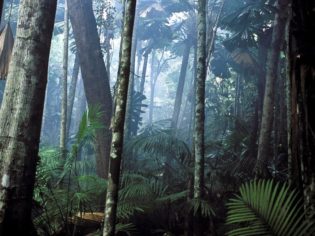 If you want ancient history, take a stroll in the world’s longest continually surviving rainforests in Tropical North Queensland. Sister icon to the Barrier Reef, the forests have been around for over 110 million years. They’re inspirational, primeval and an absolute must-see for every Australian. The sort of place you could travel to over and over again and still not see everything.

It’s a lush paradise with over 3000 plants (many still being discovered), host to half the known species of Australian birds, and many ways to explore: boat along mysterious rivers; trek through the dense, damp ecosystem; or drive along the many roads and tracks through the forest.

“World Heritage-listed. And when you visit you’ll see why.”
– George Negus

The Daintree, famous for its beautiful fan palms and orchids, occupies an area between Cairns and Cooktown, and has the crocodile-infested Daintree River running through it. It’s part of the Wet Tropics World Heritage area (around 900,000 hectares). It has more than 600km of roads and 100 scenic spots to choose from. These include features like Queensland’s highest peaks (Mt Bartle-Frere and Mt Bellenden Kerr), and the country’s longest single-drop waterfall, the 305m Wallaman Falls.

Did you know?
The cassowary is considered vital to the ecosystem of the rainforest. Standing 2m tall, it eats mostly fruits from the forest floor, and is the most important dispenser of larger rainforest seeds. See Detours & Diversions page 38 for more on this marvellous bird.

How to get there
Qantas and Virgin Blue have daily flights between Cairns and Brisbane, Melbourne, Sydney, Darwin (via Alice Springs), Canberra (via Sydney), Townsville and Mount Isa.

Port Douglas is a one-hour drive from Cairns – either by rental car or airport transfer. There are plenty of rental car options at Cairns Airport and in Cairns itself.

The Quicksilver boat from Cairns to Port Douglas, via Palm Cove, takes 1.5 hours.

Cross the Daintree River by ferry and travel north into the rainforest coast. Allow for a 1.5-hour drive from Cairns to reach the ferry, and one hour from Port Douglas.

Best time to go
December to April is the hotter, wetter season, while the real Wet (also the cyclone season) spans from January to March. The temperatures and humidity are lower between May and September – a great time if hot and sticky is not your thing.