Visiting the Gold Coast - Without The Schoolies 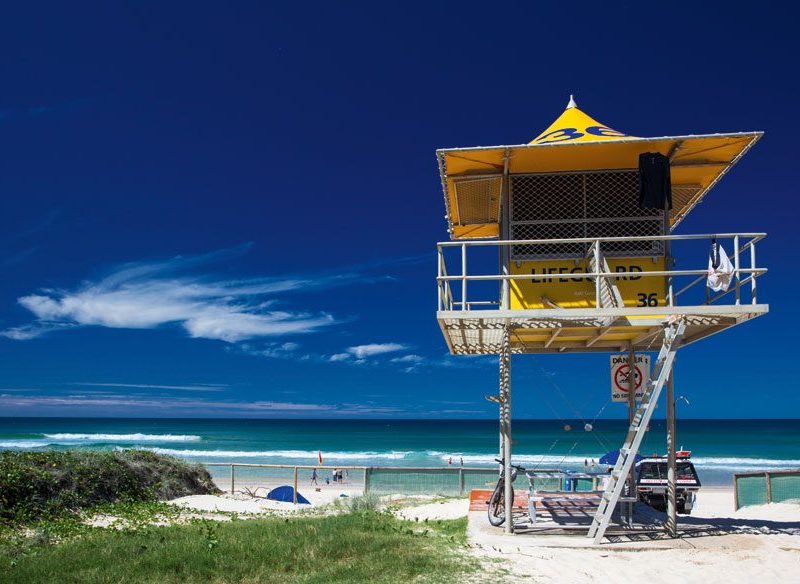 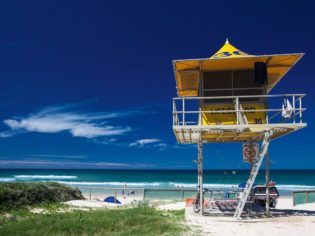 One coastline, thirty degrees, two million holidaying Australians. It might sound like a nightmare to some but, says Jo Hegerty, there’s a lot to love around the Gold Coast – you’ve just got to know where to look.

It’s almost seven o’clock and day is bleeding into night. We’re spread out on the grass at Burleigh Heads, surreptitiously eyeing off the girls in tiny shorts who roll by on skateboards, and the surfers nimbly skipping over rocks only to disappear into the frothy sea.

Greasy fingers with the tang of vinegar and chicken salt; a deep sense of belonging, even though we’ve just arrived.

This is not how I imagined Christmas on the Gold Coast.

The Gold Coast I know is across the salty sky where we can see the towers of Surfers Paradise. As dusk settles, lights flicker on; neon colours the sky. Amid those skyscrapers, children complain that they’re hungry and tourists dash home to shower their stinging shoulders. The dinnertime traffic will soon match Sydney’s Pacific Highway in the morning rush. 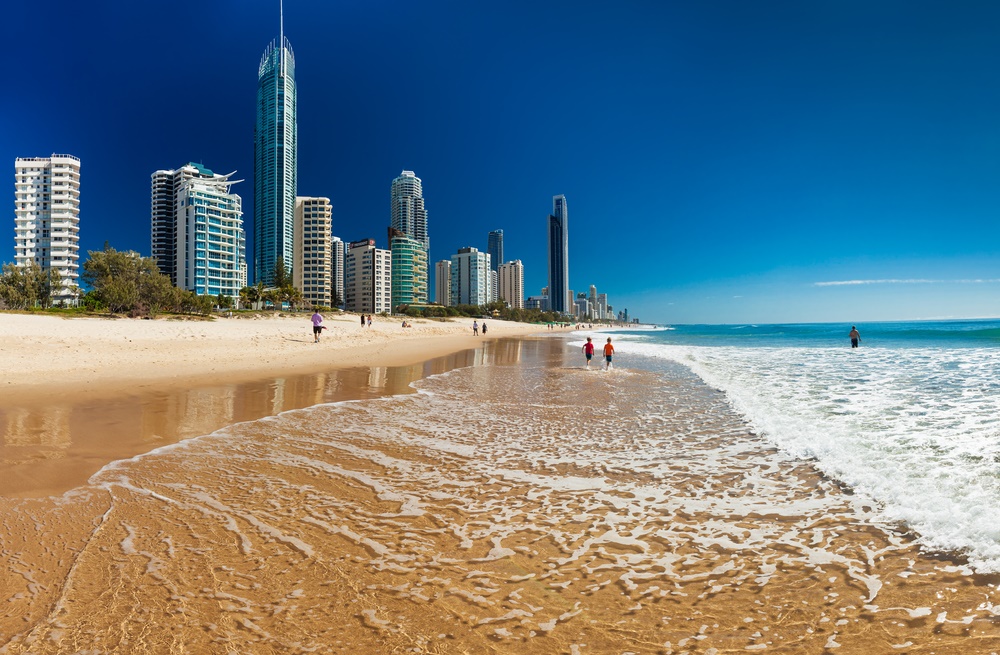 Over the years, The Goldie has provided many an escape – from the debauchery of Schoolies to a slightly more elegant babymoon. Since moving to Brisbane, my family has made the most of the attractions and beaches a short trip down the Bruce, although always careful to avoid peak times and school holidays.

Which brings us to Christmas. Suffice to say, we were dubious about joining two million of our closest neighbours at Australia’s favourite destination, but the simple fact was we needed a holiday, an easy holiday. And, let’s face it, the Gold Coast is like the Thailand of Australia: so easy to get around, so well set up for tourists, so many connecting flights!

This last factor was important because my family was coming together from all over the country. And herein lies the other great beauty of The GC: it’s a one-size-fits-all destination, able to cater to the diverse, messy needs of whole families in one fell swoop.

My husband and I, wrung out by small children, were looking for a chilled vibe, easy living and, yes, entertainment.

When we were long gone to bed, my sister and her boyfriend were on the prowl for a cool scene. Meanwhile, Mum had massages and shopping on the agenda.

By accident rather than design, we ended up in Burleigh Heads, ‘the place to be’ on The Goldie at the moment. 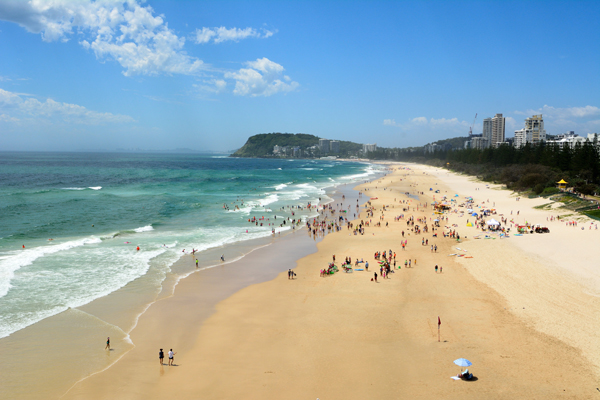 Start your beach hopping at Burleigh on the mid portion of the Gold Coast.

With its village atmosphere, Burleigh feels worlds away from Surfer’s Paradise’s infamous Cavill Avenue, yet there’s still a buzz, the feeling that you’re tapping into a brighter, shinier way of living.

Overall, our week at Burleigh Heads at the busiest time of the year was spot on. I can honestly say I have no complaints.

Yes, there were malls full of pouting teenagers, yobbos being marched out of clubs, foreigners all but drowning in the surf, and a two-hour queue at Max Brenner on a rainy day. But they were someone else’s problems.

On our daily stroll to James Street and its funky cafes and boutiques, it was quite easy to slip into holiday mode and enjoy the passing parade of beautiful people pedalling their cruisers and fixies beneath the Norfolk Pines, and forget our initial misgivings.

Admittedly, we steered clear of the great big attractions on this trip, and that made things a lot less stressful.

In my opinion, if you don’t have the foresight to convince your kids the waterparks have closed due to drought or because the dolphins have the flu, then you just have to suck it up and accept the simple truth: There. Will. Be. Crowds. And queues, some longer than your life expectancy.

Look at it as a chance to teach your children – and your husband, if he’s anything like mine – how to practise patience. And if you do choose to get in on the action, visit the big attractions sparingly or try something less obvious like the Boulder & Badlands Mini Golf Course at Parkwood International, or Currumbin Wildlife Sanctuary.

My top tip for holidaying on the Gold Coast, at any time of year, is to stay in beachfront accommodation. That way, whether you’re dealing with a hangover or a hyper nine-year-old, you’re never far from sand and sea.

If you want to be right where it’s at, try Surfers Paradise or slightly more upmarket Broadbeach. Burleigh Heads has a really chilled local vibe and the small-but-lovely National Park, while further south, high-rise-free Currumbin is a much quieter alternative. 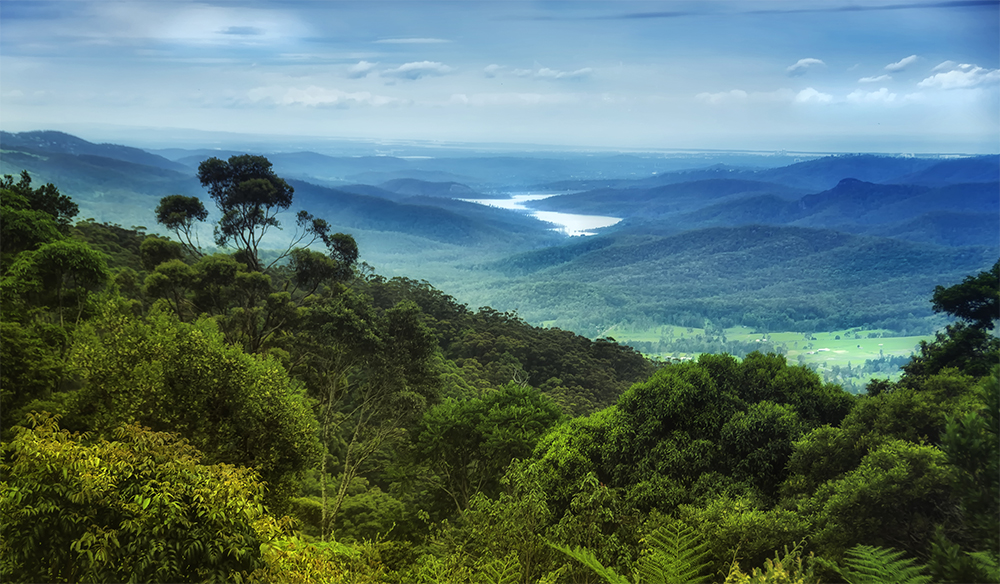 As far as beaches go, Burleigh Beach is less crowded than Surfers or Main Beach, although it’s gaining popularity. If you’re happy to forgo waves, you can carve out a little more space at Tallebudgera Creek or The Spit at Southport Broadwater, both great for families.

Queensland is not known for its coffee scene, but caffeine-starved southerners will find a sunnier version of home at Black Coffee Lyrics, Surfers Paradise, which is open well into the night.

Republic at Mermaid Beach is another local favourite and right opposite the surf. Mermaid Beach is also home to one of the Gold Coast’s hidden culinary gems, Little Truffle Dining Room & Bar, for which you will definitely need to book a table.

Most nights, we strolled up to James Street at Burleigh Heads where we had the pick of sushi, Italian, modern Australian – you name it.

Oddly enough, the best chocolate mousse I’ve ever eaten came from Govindas here. And while the selection of dishes at this Hare Krishna haunt was impressive, it’s got nothing on Bazaar at QT Gold Coast, Surfers Paradise. Yes, it’s a hotel buffet, but like none other you’ve ever encountered, with chefs on hand to cook your steak or hand-roll your dumplings.

Broadbeach has an impressive string of restaurants to choose from, although we didn’t find great value here. 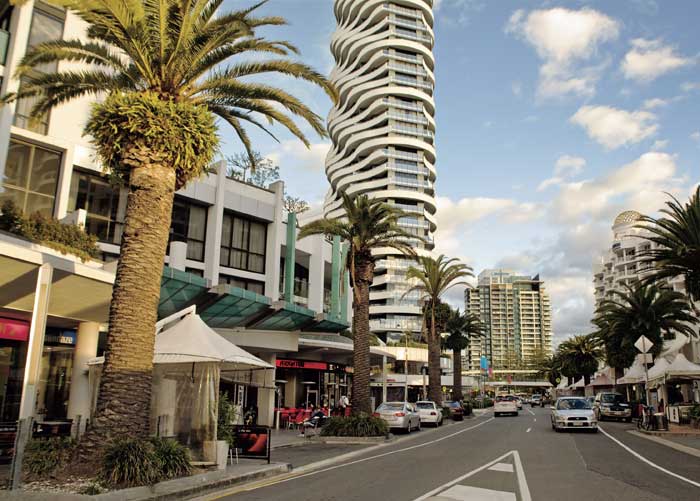 If you’re looking for nightlife but the trashy clubs of The Strip don’t appeal – why ever not? – head to Stingray Lounge, another local haunt and the place for celeb-spotting. Those who like a very late night should head to Elsewhere Nightclub. If it’s live music you seek, skip the border and head into Tweed Heads.

At some point, peel yourself off the poolside lounge chair and trundle up Mount Tamborine for beer and wine tasting, boutique shopping and a different outlook. There’s not a lot here to keep kids entertained, but the cheese plate and band at MT Brewery certainly had us enthralled. In cooler months, The Polish Place is a real delight.

Should you be heading to the GC these holidays, my final nugget of wisdom is this: remember to relax.

Leave your city-self behind and tap into the true spirit of the Gold Coast. Just because there’s so much on offer, doesn’t mean you have to do it all.

Take some time to appreciate the quiet moments on offer – like sitting on a hill and eating fish and chips as the sun goes down. 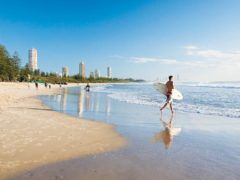 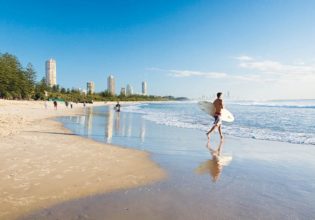 74: Discover the other side to the Gold Coast (Qld)

For many, the intensity of the Gold Coast is anathema to what they consider a relaxing beach holiday. The good news is there’s a softer, quieter sid...