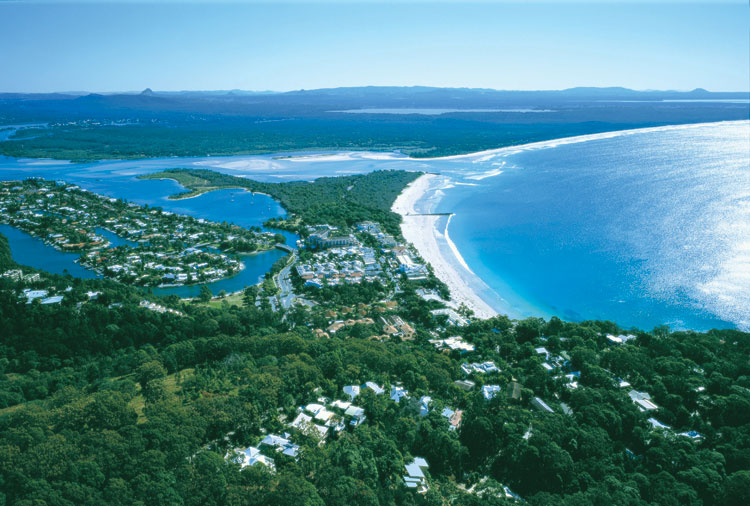 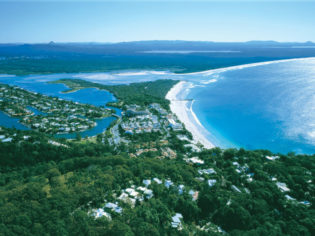 If you can’t beat ’em, join ’em. Instead of fleeing Noosa during high season, local Peter Olszewski decided to play tourist and see his town from a fresh perspective: yours. And the result? The perfect blend of local knowledge and a traveller’s genuine wonder . . .

The summer stillness was shattered by the showy splashing of a glistening bass that had leapt from the river in a mad hectic arc, and then plopped back into the tea-tree tinged waters of the upper Noosa River reaches, leaving a circle of ripples in its wake.

The fish-splash in turn provoked a screeching salvo from a gang of clown-like party-painted lorikeet larrikins tumbling, turning and twisting every which way in the gum tree branches overhanging the river.

Then the river reverted to its all-encompassing silence. Which was why I was here, sitting in the water in my rented kayak enjoying the stillness, a much-needed panacea for the state of exhaustion I’d found myself in after visiting the Rolling Rock Nightclub.

The Rolling Rock is situated deep in the heart of “the engine room,” the local name for Noosa’s legendary Hastings Street – an upmarket strip of bars and restaurants.

Hastings Street is the proverbial Eat Street; packed with expensive eateries, it represents one of the highest concentrations of restaurants in the country.

Every traveller that comes to Noosa knows Hastings Street, and most think Hastings Street is Noosa, a fact that causes derision among locals; even those who earn their daily crust from the plastic the visitors inevitably use to pay their bills on Fleece Street, as some locals refer to Eat Street.

I probably shouldn’t report this – because it’s in-school knowledge and I could be accused of doing a Mark Latham – but, despite the glossy brochures seductively wooing travellers, most people who live in Noosa profess to loathe tourists, and any local who can find a way to leave town during the peak Christmas period does so.

Those who remain – the restaurant workers and real estate agents – whinge all the way to the bank, and old-timers who doggedly stay put reminisce about the good old days when Noosa was a sleepy fishing and hippy village, you could park right outside the post office whenever you wanted and nobody had to put up with pesky visitors clogging the town and not knowing how to negotiate the roundabouts properly.

Actually, this is the perennial whinge heard in all popular coastal communities that rely on a tourist economy; locals lap up the amenities such an economy brings – like sophisticated coffee shops, fine eateries and nightclubs, the perks of a big city in a small community package – and for most of the year locals and visitors coexist peacefully.

But when the big Christmas/New Year season hits, the coastal resorts throb with chaotic busyness and the locals are cheesed off, harkening back to the good old days.

But it most assuredly is not the old days, good or otherwise. And in the good old days of the 1960s, when Noosa and Byron Bay were sleepy villages just being discovered by hippies and surfers, Bob Dylan sang “The Times They Are A Changing” – and of course he was right. We’re now in the era of the sea change, which has seen the coastal resorts populated by immigrants from the city, which in turn has changed the sleepy nature of the resorts and put greater pressure on the infrastructure, which in turn is exacerbated when visitors flood into town like a surge after a hurricane.

Byron is hopeless during high season; its roads and infrastructure can’t cope. But Noosa, with its manicured wide roads, copes better – even though the main beach occasionally clogs with a smelly algae and in some areas the sewerage occasionally overflows.

Those are the negatives, which most residents get lost in. The positive is that when it’s high season in Noosa, the little town really comes alive with travellers from all corners of the globe.

It becomes international and it can be a lot of fun. Yes, it’s crowded. And yes, on a hot summer’s day the traffic banks up and the sun glistens from a thousand windscreens. But that’s the way many tourists like it. In fact, last year I had an epiphany. As a local I decided to become a tourist.

If you can’t beat ’em

Like most residents, I usually fled the town during tourist season, but then I thought: people are paying thousands of dollars for the privilege of coming to a resort that I’ve been running away from. So I decided to pretend to be a visitor, and I immersed myself in the tourist lifestyle on Hastings Street.

I teamed up with a group of French travellers and saw my hometown through their eyes, complete with their complimentary comparisons to the even more crowded and expensive French Riviera.

And I had a ball. I can understand why many tourists just hole up on Hastings Street and rarely leave the precinct. It’s got everything for a resort holiday: bars, restaurants flanking a picture postcard beach, and nightlife which – while it isn’t great and isn’t a feature of the strip – affords fun for those who simply want to let their hair down and party.

But of course you can only handle so much of a good thing, and after a few days of serious partying on Hastings Street the Beroccas were no longer doing the trick. I reverted back to local mode and escaped to one of my favourite sanctuaries, the upper reaches of the magnificent Noosa River, one of the most beautiful waterways in the country.

In some stretches of the river, the run-off from the tea trees colours the water into a sort of mirror black. Objects poking from the water, such as old tree limbs, are perfectly mirrored in reverse, creating an arty effect, like Aboriginal sculptures. The shoreline is home to families of large goannas, and the tranquillity has a meditative healing quality far superior to any Berocca.

Abandon Hastings (just for a bit)

It’s only half right to say that most of what Noosa has to offer is right on the Hastings Street doorstep. Sure, tourists can have the perfect holiday without leaving its protective precinct, but it offers only a small slice of the Noosa experience – albeit a very nice slice.

Most of my favourite Noosa experiences are away from Hastings Street. Like my daily walk along nearby Sunshine Beach.

This is an ocean beach, hence it’s a moody beach. It can be glass smooth one day, washing machine wild the next. Whales can be spotted during winter, dolphins frolic almost year round and sea eagles whistle down from the trees in the nearby national park to pluck fish from the briny. The beach itself changes every day.

The mouth of the Noosa River at Noosaville is a delight. This area used to be the typical working class bucket-and-spade holiday resort. It’s retained some of its old character but has also been gentrified and is home to a clutch of restaurants as good as the best on Hastings Street.

There’s a beautiful walkway along the river. In the evenings the sunsets are magnificent, accompanied by a half-hour burst of extravagant noise at dusk as thousands of lorikeets wheel in from the sky to roost in the riverside trees.

Driving through the grass green cane fields on a lazy summer day with the blue-hazed jagged Glasshouse Mountains as a backdrop is an exhilarating experience, which easily conjures images of an idyllic Hawaiian scene.

Then there are the often quaint hinterland towns: Eumundi, with its bustling funky markets that are a must for most visitors; Pomona, with its old silent movie theatre; Boreen Point nestled on the shores of Lake Cootharaba, with its fantastic old pub where every Sunday afternoon there’s a pig-on-a-spit feast and live music.

Nearby is an unusual delight for golfers: Kabi Golf Course, Australia’s – and possibly the world’s – only course that is certified organic. Most of the golf is played through citrus trees that provide juice for the course restaurant, a wonderful old restored Queenslander. And of course the restaurant’s menu is organic.

A little further afield are the range towns such as Montville and Flaxton, home to art shops and Devonshire teas. Further down the range lies Maleny, which – with its new age ambience – is a sort of Byron away from the bay.

So, for the true Noosa experience, abandon Hastings Street for a day or two, as difficult as this may be. Call in at the Noosa Information Centre on Hastings Street, grab a map, hire a car and prowl the patch.

Have a coffee at Sunshine Beach, wander along the Noosa River and head out into the hinterland. It will put that edge on the perfect holiday experience. 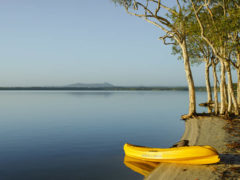 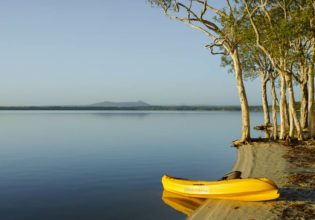 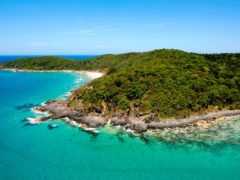 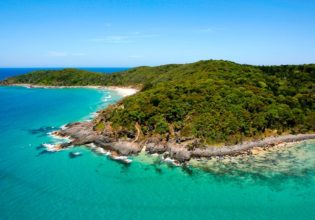 6 reasons Noosa is a place for everyone