Why you should visit QLD's Atherton Tablelands 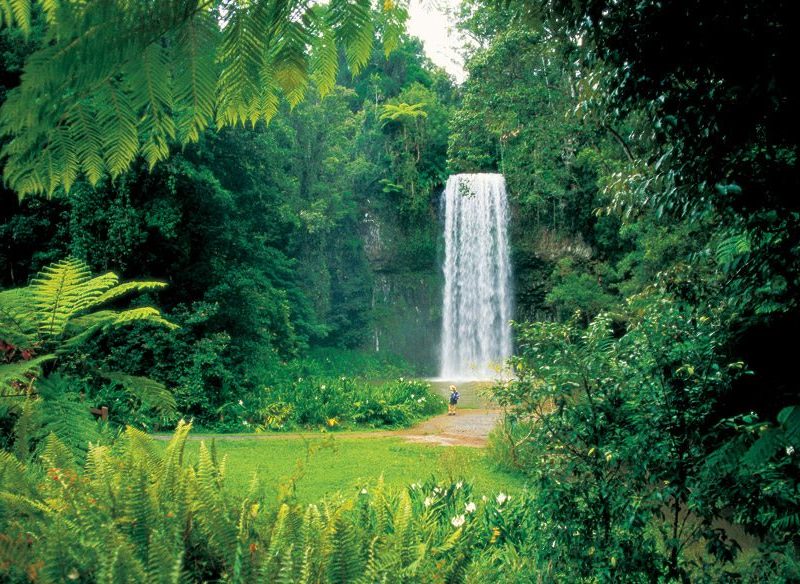 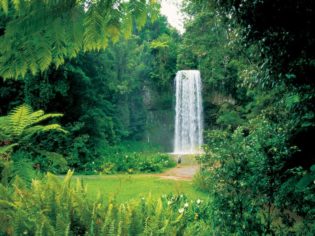 Lying behind Cairns, and again best explored by hire car, are the Atherton Tablelands. Because the rains are good and the soil here is volcanic and fertile, virtually anything will grow and prosper. Consequently it is home to a tobacco industry, a thriving dairy industry (Mareeba milk is known throughout North Queensland), coffee plantations, mango farms, avocado farms and beef cattle.

But agriculture is not the reason people are attracted to the Tablelands. The appeal lies in the extraordinary fig trees, environmental parklands and pockets of rainforest which are cool and dense and inviting – unlike their hot and humid counterparts on the coast.

Visitors should check out the Granite Gorge, a privately owned tourist attraction near Mareeba where recent volcanic activity has produced a jumble of huge granite boulders which have slumped across the landscape like gigantic Dali watches. Then move on to Atherton, where, near the centre of town, Halloran’s Hill Environmental Park features the remnants of a crater from an extinct volcano. A path leads to the crater’s edge. It was once possible to go down into the volcano, but it’s now fenced off. The hole is densely covered with rainforest.

On the southern edge of town is a reminder of the Chinese miners who arrived in these parts in the 1880s looking for gold. A Chinese Temple to the Emperor Ho Wong (known as the Chinese Joss House) is a rare combination of traditional Chinese architecture and local corrugated iron. The prominent local Fong On family has spent substantial amounts of money revitalising the ornate interior, with its subtle pink shading and cedar lining.

Of all the local towns, the most attractive is Yungaburra. The town has a proliferation of interesting buildings all constructed from local timber. No fewer than 23 have been listed by the National Trust. The boom period seems to have occurred shortly after the arrival of the railway in 1910. Between 1910 and 1920 some of the town’s most attractive buildings were constructed. St Marks Anglican Church on Eacham Road was built in 1913 at a cost of £250. The same year St Patrick’s Catholic Church at the top of Eacham Road was completed.

West from Yungaburra is one of the highlights of the Tablelands. The Curtain Fig Tree is located only 3 km from Yungaburra on the Malanda road. This huge tree has, by an accident of nature, created a vast curtain of roots which drop some 15 metres from the main body of the tree to the ground.

On the other side of the town is Lake Eacham National Park. Lake Eacham is a huge crater lake which was probably formed as recently as 10,000 years ago. It’s a place of remarkable beauty and tranquillity. The walks around its foreshores are superb and the swimming facilities are excellent. Of equal interest in the area are the Tinaroo Falls and the Malanda Falls.

The Atherton Tablelands is an enjoyment based on contrast. This is a quiet rural area far removed from the heavy development on the coast. It’s much cooler, and the primary appeal is discovering the falls, the lakes, the national parks and the huge curtain fig trees. 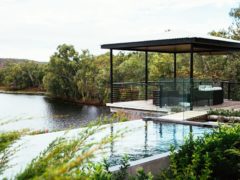 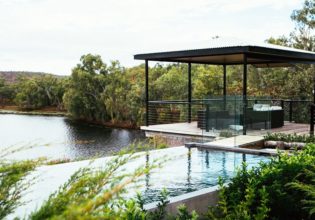 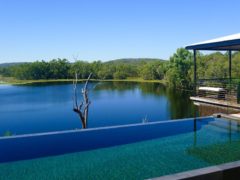 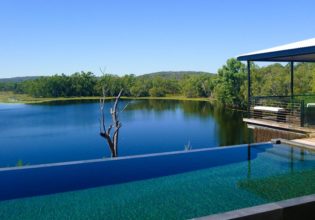