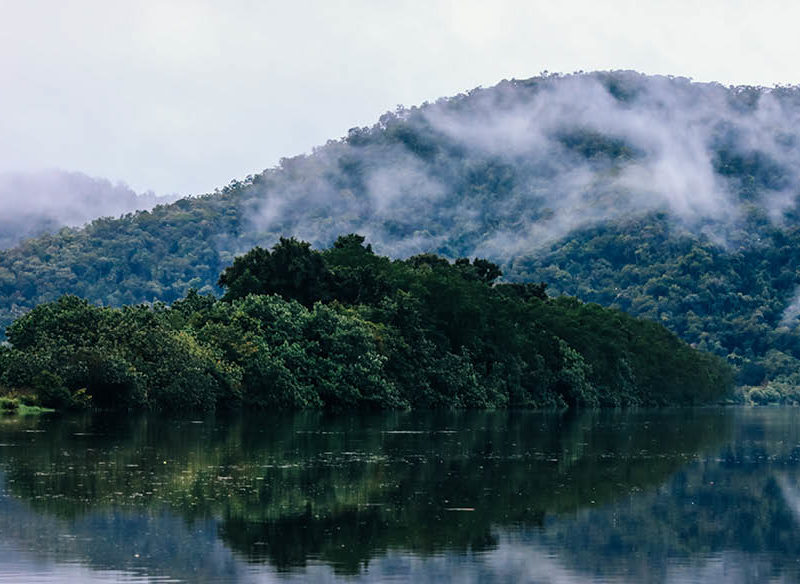 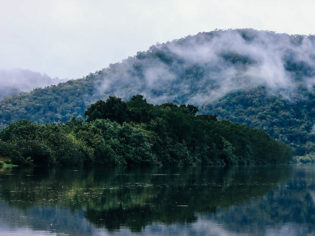 The world’s oldest rainforest comes alive with the rare and wonderful for Steve Madgwick, as he climbs aboard a boat full of twitchers for a river cruise like no other.

Most people assume that these ‘special breed’ of humans are simply super-freaks.

Of course, the special breed disagrees, silently. Deep down, secretly, they know that they are actually superheros. They just prefer not to show off their superpowers in public is all.

I was in the ‘most people’ camp. Until, one fateful rainy, misty day on the Daintree River’s narrow tributaries, on a small boat, at dawn. Here, I witnessed first-hand these superheroes in action.

There were three of them, one loud-and-proud twitcher and two undercover ones. They ganged up on me in the depths of the rainforest’s tangles, a surprise attack from which I will never recover.

“My vision is my own personal superpower,” says Murray Hunt, owner-guide of Daintree Boatman Nature Tours, throwing horizontal peace signs across his eyes, in lieu of a the superhero costume which he probably left at home.

“It’s a 25-year illness that made me a bird nerd, which started with me as a boy feeding finches in an aviary, an odyssey that’s lead me to this very dodgy career choice.”

Murray congratulates today’s passengers on coming on his wettest cruise of the year so far. Anywhere else, you would call this a miserable morning, but there’s no such thing in the Daintree.

Like the objects of his obsession, he is bright-eyed and bushy tailed, at least on the outside. But he’s no morning person.

“I hate the morning alarm, but I fall in love with the river every day,” he says. “It always produces something special.”

Much morning mist and hefty raindrops only slightly dimple the river’s impeccable mirror at the famously glassy Windy Reach; rainforest is twice as nice upon reflection. In the afternoons here, it can be as “choppy as the ocean”.

As we putt-putt seawards down the “long, windy and confused tidal river”, the superhero’s eyes come out to play. And, as it turns out, Murray’s ears should have tiny red capes hanging from them too.

He unpicks the cacophonous birdsong like a savant; each squawk, chirp and warble correctly attributed to its bird, often accompanied with its Latin label too. If he can’t recognise one, or recall a fact, he metaphorically beats himself up just like Dobby does.

Like a pacifist hunting dog, he dutifully points out unseeable birds in the low, flat light, personifying each one with worryingly in-depth analogies. First, he has to narrow down each sighting, branch by branch, leaf by leaf. “Down a bit. A bit more. Left. No, up a bit.” His laser pointer helps a bit.

First to materialise is an exceptionally camouflaged owl, which at first glance looks like a cross between a morbidly obese lizard and a lichen-splattered branch.

Apparently, other smaller bird species will nest near the frogmouth because of their bouncer-like qualities; staunch and scary looking, bloodshot eyes, menacing to potential predators.

Something’s seriously amiss though. This key sighting did not project from Murray’s vocal chords. The natural pecking-order has been disturbed. And this is the Big One, the Daintree’s dodo (okay, that’s a bit of a stretch).

It seems that Patrick from Switzerland is a hardcore bird nerd too. And, judging by the conversation Patrick the Usurper is having about the stunning electric blue, orange and red-footed kingfisher, so is another passenger, George, in the middle row.

It’s reasonable to assume that I wouldn’t be able to identify the group’s bird nerds just by sight. Contrary to sheepish opinion, not all bird nerds flaunt the betraying plumage: the heavily pocketed khaki vest; the overly sensible and overly floppy wide-brimmed hat; the three-thousand-buck German binoculars.

But the fact that the bird nerds couldn’t even identify each other squawks volumes. Perhaps, if bird nerds were birds, there would be one bird they could never spot: themselves.

“Unlike many kingfishers,” says Murray, clearing his throat, as if to rein in the nerds, “he actually goes fishing.”

With Murray as their leader, the Wonder Triplets go into a trance-like state, bringing the mire to life, their eyes like ‘frickin’ laser beams’.

First, sharp-beaked darters spear fish and great-billed herons wade in the shallows. Deeper into the forest, a couple of other varieties of kingfisher pop out: the little Kingfisher (‘little’ is not an adjective) and the sacred kingfisher, which “the Kiwis have the temerity to call their own”.

Kakadu-guide veteran Murray has more than just twittery things up his sleeves. Delicate yellow hibiscus flowers lap at the river and green-apple-shaped mango proliferate. For the record, “they look like an apple, smell like an apple, but taste bloody horrible”.

In slender Barrett Creek, some 16 kilometres from the ocean, where mangroves merge with the rainforest, Murray points out the magnificent mauves of the Daintree wisteria, “unknown and unnamed” until recently (thanks to Wendy Cooper). Apparently, it only exists in the five-square kilometres around us right now.

From the tangles appears a two-metre scrub python, A.K.A. amethyst python, so called because it glows like one in the right light, which is not today.

Back on the river proper, we don’t even get the chance to smile at a shy crocodile before his bum wiggles and splashes back into the shallows. Apparently, the four-metre male ‘owns’ about two kilometres of river, has three girlfriends, a tooth or two missing, and sports a scarred pink snout.

Kakadu can have up to 10 times the density of crocs, according to Murray. Thanks to the super bird nerds, it’s difficult to believe that the Daintree has a low concentration of any species.

But, very sadly and very seriously, the globe’s oldest tropical rainforest does; about 120 of its animals and plants are considered threatened, many of which aren’t found anywhere else on the globe.

Strangely, I now equate walking into the Daintree without a bird-nerd with sauntering into the same rainforest in 100 years’ time, when over-development and global warming has fricasseed all those handsome birds, leaving just flying cockroaches to flitter about trees that look like three-day-old salad in the summer sun. (That’s assuming we don’t change our ways, of course).

Thanks to their guidance, I actually saw past the mass of green to see, hear and appreciate about 25 varieties of wildlife and plenty more flora besides.

Because this extraordinary expanse hosts around 40 per cent of Australia’s bird life, bird nerds take the real threats to the Daintree personally. And the natural world needs their superpowers more than ever right now.

If the meek shall inherit the earth, then perhaps it will be the geeks who save it.

NB: Attention bird nerds, feel free to leave a comment below to correct any of my not-100-per-cent correct birdy facts.

Daintree Boatman Nature Tours conducts (two-hour) dawn and late-afternoon cruises that leave from the Daintree Village boat ramp. The open-top boat (with retractable shelter) takes no more than 10 passengers. Prices start at $65 per person. Steve was a guest of Tourism Queensland. 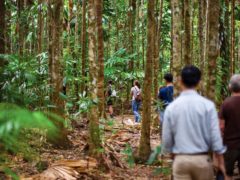 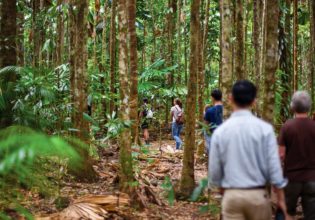 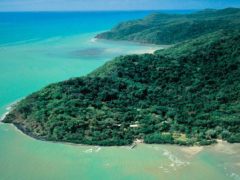 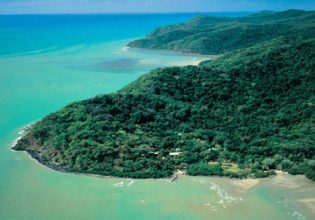 Alissa Jenkins heads to far north Queensland to try out Bloomfield Lodge: an intimate destination with a reputation that has been spreading both orga... 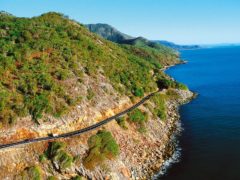 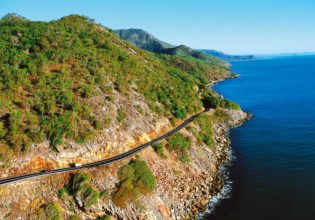 Destination Daintree – getting there

The Daintree Rainforest is a world away from civilisation but a snap to get to, says guest blogger Matt Isabella. And the drive north from Cairns is a... 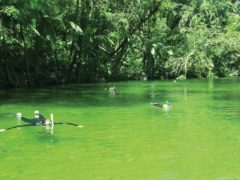 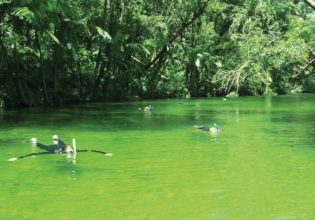 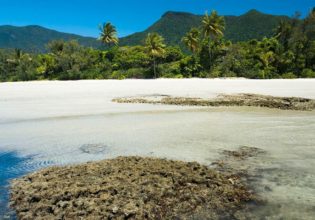 With the Great Barrier Reef on its doorstep, framed by the Daintree Rainforest and zig– zagged by the meandering waters of the Daintree River, Cape ...