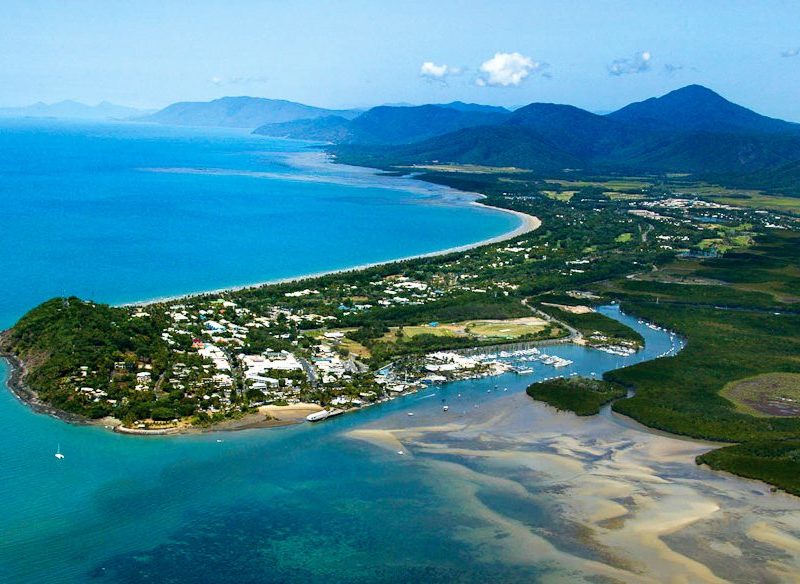 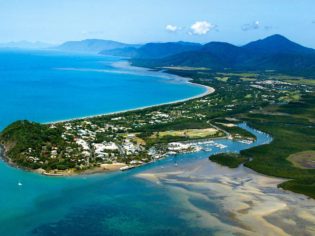 AT reader Sarah Muxlow dresses up to dodge stingers in Queensland.

November was fast approaching and Port Douglas was waiting. Our first family holiday to TNQ was to last a week, and I wondered on the flight from Brisbane whether seven days to see and do it all would be possible. But, judging by the energy expenditure of our two-year-old son and his intolerance for sitting in transit, I began to believe it could be quite long enough.

My first visit to the Barrier Reef was several years ago. Sailing the Whitsundays had been an unforgettable experience that had since given me dreams of warm waters, brightly coloured fish and coral, and lasting memories of calm, serenity and tranquillity. Destination outer reef from Port Douglas, however, was to be a family vacation. On the morning of departure we passed boats of all shapes and sizes, snapped scenery shots and trundled our son in his buggy to where we’d been directed: a huge, cruise-sized vessel with a long queue of waiting passengers.

We sensed early that this was to be a full-on day out – partly due to the size of the boat and boarding crowd, partly due to the way our son ran up and down the deck with several newly acquainted toddler friends. This tour was a family friendly trip in every way, with room for buggies, room for children to run, tolerance for noise and plenty to do for all ages and abilities.

Listening to all that was on offer as we sped through the water toward the reef station, we planned our tactics. We’d need to be go-go-go if we wanted to see and do everything, so a strategy was required: swim, lunch and glass-boat trip all within four hours.

The reef station did indeed have everything: dive tutoring and diving tours; helicopter pads; semi-submersible glass boats; snorkelling and swimming areas; an observation platform; an underwater lab; and a huge buffet lunch and bar. It was an all-singing, all-dancing, permanently erected reef techno station.

Preparing for our swim was a bit like a cattle market: mass stampede to the swimming area, herd-like following toward the equipment queues, civilised fighting over flippers and snorkels, followed by much grunting and stomping as we squeezed and stretched ourselves into our lycra swimsuits.

It was stinger season, hence the lycra. These stinger protection outfits come in one colour to suit all – but fortunately in several sizes – and feature simple, stretch-to-fit protective garments not unlike pantyhose (which, for the record, would do just as well). Unperturbed by our chic disguise as blue whales, and after a fair amount of tittering at the sight of ourselves, we headed for the snorkel launch pad.

Needless to say, no self-respecting stinging jellyfish would be seen dead showing off its magnificent reef home to the likes of us. Who’d share amazing coral, plantlife and crystal clear waters with a loony bunch of tourists? As we splashed, swam and spotted fish, I was a little suspicious at the absence of the said feared jelly creatures and wondered whether all this lycra was simply for the amusement of the crew and reef fish.

Having satisfied ourselves that the reef and fish were indeed amazing, we headed back to the landing deck – off with the lycra and only a short sprint to the buffet table. Dripping in our seats, we were assured there would be plenty to eat and drink and still time to do the semi-submersible glass boat before heading back to port.

The semi-sub was therapeutic. With glass windows all around, it was like sitting in a tubular goldfish bowl. From our peaceful seat we were taken on a guided tour that allowed us to view at close range the fantastic coral sea floor.

At the end of the day we were exhausted (we parents, anyway – our son was fine), and in agreement that it was worth skipping a siesta for. Still seated in our soggy swimwear and with salt-rinsed hair, we returned to port to contemplate what next. Swimming in chain mail with sharks, perhaps? 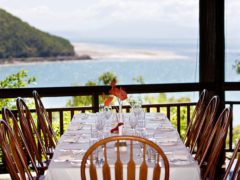 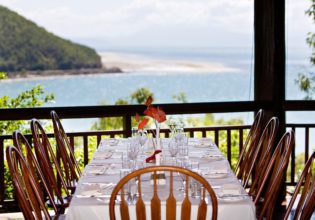 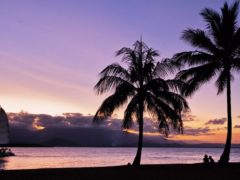 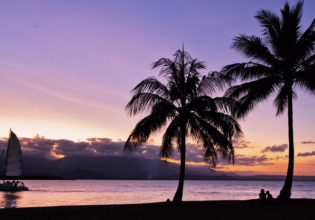 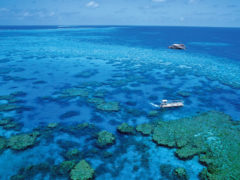 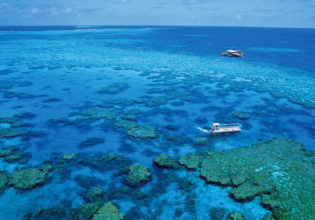