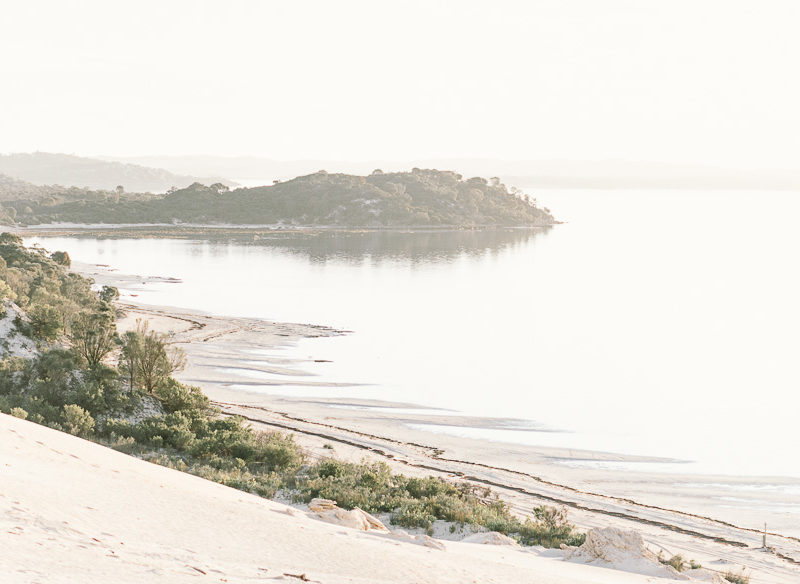 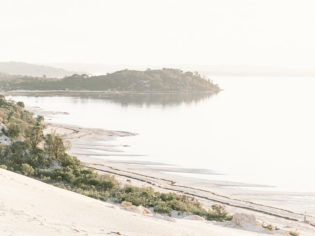 Let local Melanie Hawgood show you around her South Australian home town for an insider’s guide to all the best bits of Coffin Bay.

Melanie Hawgood, owner of award-winning 1802 Oyster Bar, Coffin Bay, has been living in this sleepy corner of South Australia for one year after she made the sea change from a busy corporate life in Melbourne with her husband Brett. Moving with two young children, they have settled into Bay life. Here, their perfect Coffin Bay day.

9am: A light breakfast

Wake up to the sound of waves gently lapping the beach at Beachside, which you can book through Coffin Bay Holiday Homes. Enjoy a light breakfast on the deck overlooking the beach at Crinoline Point.

Wake up to a scrummy breakfast in your deck at Beachside, overlooking Crinoline Point.

10am: Take a morning stroll

Take a scenic walk along the oyster walk, which meanders its way around the bay, past the town jetty, boat ramp and yacht club, and meet some of the locals: kangaroos, emus and the occasional human… Coffin Bay has an active commercial wharf in the town centre where you can watch fishing boats unload their catches of crayfish, pilchards, and ocean jackets. You will also see oyster boats returning with baskets of the famous Coffin Bay oysters.

Take a drive to Coffin Bay National Park and its beautiful stretch of rugged coastline, and soak in some sun on the beach looking out to Golden Island. If you’re feeling adventurous try some off-roading on the sand dunes at Gunyah, or Seven Mile Beach, and try your luck fishing for salmon off the beach, which never disappoints.

The highlight of Coffin Bay for foodies is a lunch at 1802 Oyster Bar, Coffin Bay. Chill out on the deck in the sun (or by the fire in winter) and enjoy the best seafood and produce the Eyre Peninsula has to offer, including premium Gazander Oysters, award-winning pork, great South Australian wines and an amazing seafood platter that includes crab, prawns, fish and, of course, more oysters!

3pm: Tricks of the trade

Take a five-minute drive from 1802 and enter the Shellar Door at Pure Coffin Bay Oysters. Here you’ll learn how to shuck oysters, take a walk around a working oyster shed and jump on an oyster boat and cruise out to the middle of the bay and the oyster leases. Out on the water you’ll learn about the bay and its history, and taste oysters fresh from the water. Keep an eye out for the dolphins and sea lions on the way back.

6pm: Dine with the locals

Take a stroll to the Yacht Club where you’ll find locals having an easy dinner. Run by volunteers, the club serves fish and chips, steaks and schnitzels. Sit on the lawn and watch the sunset with your fish and chips and a glass of wine.

Head back to Beachside for a red on the deck.

Population: 600 permanent residents but grows in the holidays to around 4000.

What’s it all about: Oysters! And lots of wildlife, beaches and fishing.

Why go: It’s the oyster capital of Australia, a true coastal escape with great, fresh seafood.