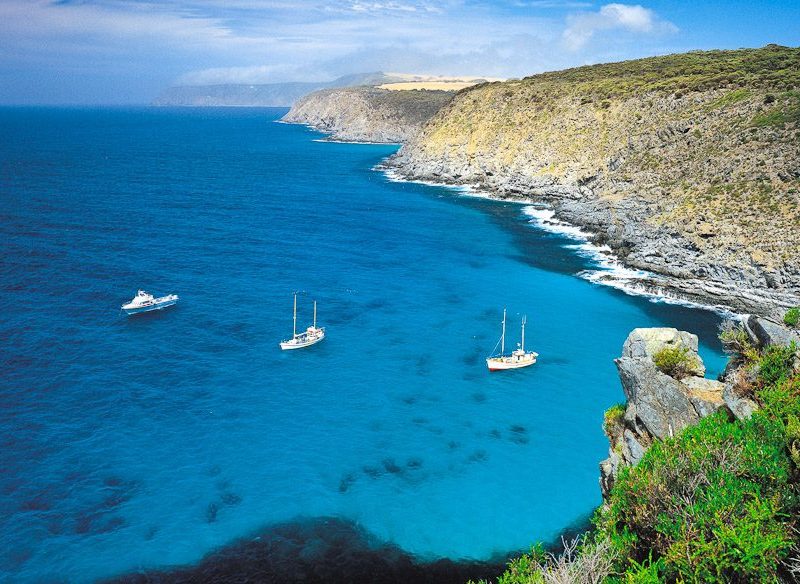 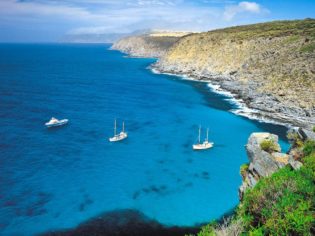 Forget about coming to Kangaroo Island to see the marsupials – Australia’s third-largest island has 450km of largely undeveloped coastline, and this makes KI a mecca for all things marine.

“An Outback island – just beautiful. The colours are like Mudgee gone to the Mediterranean.”
– John Borthwick

Lying just offshore to the southwest of Adelaide, fishing, boating, surfing, and diving are all popular and possible activities on KI. Checking out the marine mammals is also easy – the island plays host to large colonies of New Zealand fur seals and Australian sea lions.

It’s also a top spot to see koalas; although not native to the island, they’re rapidly taking over. Don’t expect cutesy antics, though – visitors should be warned that they’re no more active on KI than they are anywhere else in the country.

Did you know?
You might expect Kangaroo Island to be famous for its marsupials, but in fact Australia-wide it’s famous for its chickens. The poultry are featured on the menus of many of the country’s top restaurants, because they’re free-range. This is possible because KI itself is fox-free and the chooks are able to roam freely, resulting in large, meaty birds.

How to get there
SeaLink operates two large, luxurious vehicle and passenger ferries between Cape Jervis and Penneshaw.

Qantas and Rex operate flights from Adelaide to Kingscote Airport, while Qantas also flies from Melbourne to Kingscote.

Best time to go
Anytime, but the most wildlife can be seen between December & February and June & August. 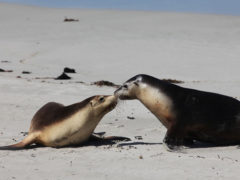 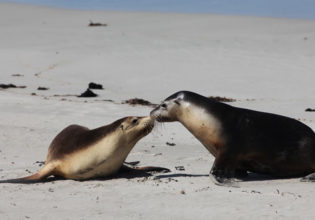 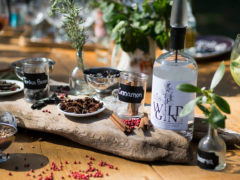 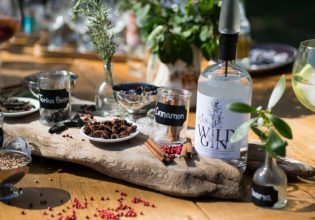