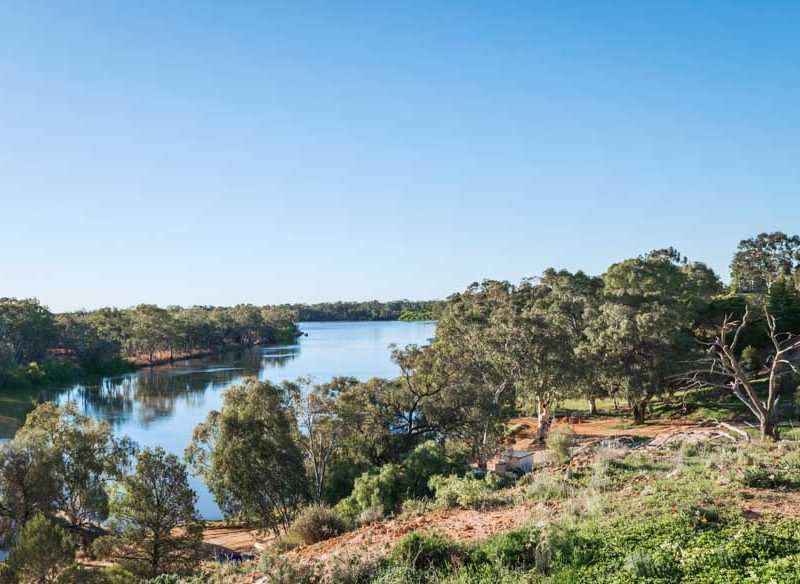 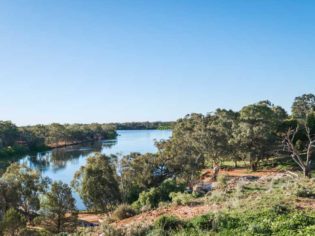 With this traditional holiday hotspot making way for new and fabulous eats and brews, the South Australian stretch of the Murray is looking, feeling and tasting mighty fine.

You can tell a lot about a place by spending some time in the front bar at the local hotel. I’m taking it all in quietly with the hotel’s manager, Michael, nursing an amber ale from local brewery Wilkadene.

One of the older regulars challenges me to an impromptu footy tussle, but shadow boxing and broad smiles suffice.

“We’re in the first community-owned and run hotel in the British Empire here, set up in 1897,” Michael tells me.

History seeps from the walls and settles on me like a warm embrace. There are stories of the Queen staying here (not true), of bush poet and horseman Breaker Morant riding through the doors and up to the bar (probably true), and a ghostly ship’s captain living on the third floor.

You’ll have to do the haunted tour to find out about that one for yourself (it’s run by the Renmark Hotel). I am in Renmark. If the Murray River is the vital artery that feeds the length of South Australia’s Mighty Murray Way, then this town feels like its beating heart.

Until a couple of years back, the Riverland relied largely on the river to pull people in. It’s still a massive drawcard, but the undeniable natural beauty is partnered by a quiet revolution and a community joining the dots between stunning local produce and the means to present it to visitors.

The epic road trip of the Mighty Murray Way stretches from the mouth of Australia’s longest river at Goolwa on the Fleurieu Peninsula all the way to Renmark, the people’s centre of the Riverland region.

I’m a first-timer, unleashed on a majestic countryside riddled with pinch-me moments: the first time you crest the ridge and see the huge sky and endless expanse of the Riverland before you; the eerie gumtree stumps that reach skyward from the river’s surface; or the early morning calm of having Banrock Station’s arresting wetlands all to yourself.

There’s a thrilling solitude to it all, along with the spirit of adventure, the wide open spaces and fleeting glimpses of the winding Mighty Murray,a benign dictator over land and people.

The home of Australian brandy

Renmark is abuzz with a different sense of adventure. Take the thrilling juxtaposition of local distilleries: St Agnes, developed by the visionary Carl Angove in 1910, versus Twenty Third Street Distillery on the revived Hardy’s Renmano site, opened in late September.

On visiting the former, John Angove takes me through a rabbit warren of barrel halls, ending up with a tasting of the impossibly decadent 40-year-old XO St Agnes brandy. As stories tumble out of him, John is momentarily transported elsewhere, a wistful look in his eyes.

“As long as you’ve got stills, you’ve got no limitations except for lack of imagination or dollars,” he tells me.

And with Bickford’s Australia behind the reinvigoration, they’re not lacking on either front. There’s the lighter ‘Not Your Nanna’s Brandy’ and a blended scotch and bourbon creation called ‘Hybrid Whisk(e)y’.

Relaxing at the bend of the river

Just 12 kilometres from the state border I reach my furthest point up the river. The unmistakable smell of decades of shearing hits you as you enter the Wilkadene Woolshed Brewery. Corrugated tin walls are adorned with shearing history and myriad dusty beer bottles.

Mick guides me through a superb line-up of craft brews. My highlights are the savoury Amber Ale, the Firehouse Coffee Stout and the intriguingly named Judas The Dark.

I picture a 19th-century outlaw, holed up in one of the surrounding creeks, evading the local police.

With some relish and a twinkle of mischief Mick reveals that the Judas sheep is the crafty one that leads his unsuspecting mates into the darkness of the shearing shed. I peer into my glass and wonder where it is taking me. aboverenmark.com.au

Not far from Wilkadene, the river experience has been perfected by Cathy and Rick at The Frames.

Three stunning villas overlook the Murray, with complete privacy, individual pools, saunas, spa baths and luxurious interior design. Their chests puff out with pride as the owners speak of the region over a beer.

“We love bringing people here and seeing the joy they get out of it,” they tell me.

It’s an intensely personal service, and any stay is completed by a bespoke trip through Murray creeks and backwaters in their restored gondola.

Back on the road and I’m passing through Berri and Loxton, Barmera and Waikerie, past endless stretches of vineyard, and in and out of character-laden cellar doors like 919 Wines and Caudo Vineyard.

Weaving down from Blanchetown to the historic town of Mannum, I take in the awe-inspiring red ochre cliffs at Walker Flat, aboard the dinky little ferry that carries a car or two back and forth across the river to the PS Marion and the Mannum Dock Museum, with its fascinating story of the paddle boats and 19th-century steam industry.

And here I am at the end of my odyssey.

I haven’t even mentioned the houseboats, the water-skiing, the magnificent birdlife or the packed-to-the-rafters riverbank caravan parks, which are all classic Murray sights. But they now share the spotlight.

It’s not hard to grow great produce next to this ‘mighty’ river, but it takes ingenuity, collaboration and a bit of bravery to recognise and develop nature’s gifts into a modern, exciting foodie adventure.

It’s all done with pride, passion and, at the heart of it all, love for the Mighty Murray.

The Details: The Mighty Murray Way

Staying there: The Frames delivers indulgence for couples, from $720 to $1090 per couple, per night depending on the length of stay.

Getting there: … is half the fun! It’s three hours’ drive end to end if you do the Mighty Murray Way non-stop, with Adelaide as an easy jumping off point. But who wants to go non-stop? Plan for lots of stops along the way.

When to go: The spring months of October and November usually provide plenty of sunshine without excessive heat, and you could time your visit to coincide with the Renmark Rose Festival in mid-October.