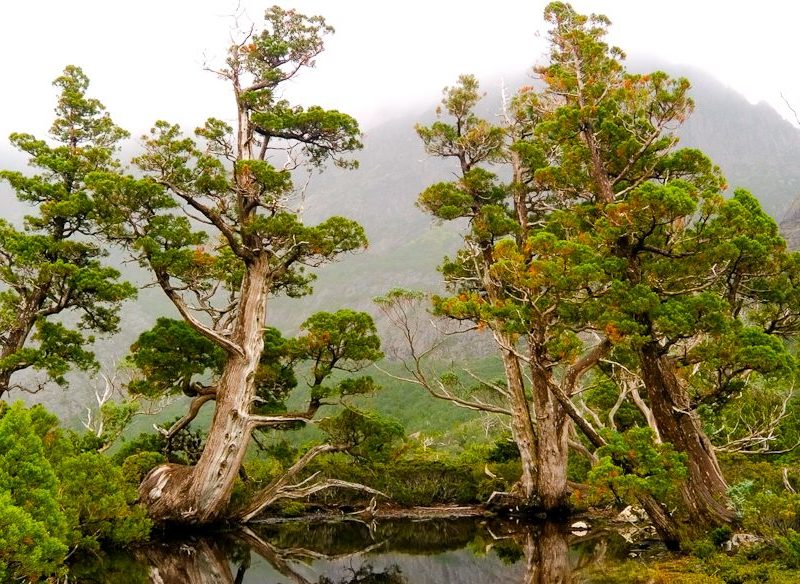 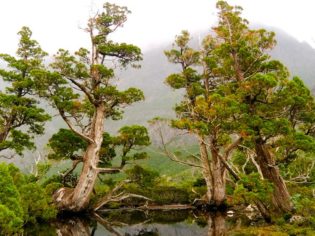 People go to Tasmania for three days thinking they can see it all,” Graeme Murphy begins, “but just because you can comfortably drive from one end of the island to the other means nothing. You have to get off the track. There is so much there.”

He would know; after all, Murphy is a boy from every bush town in Tassie. His parents were school teachers who were often posted to out-of-the-way places.

“Look at a town where I went to school: Mathinna,” Murphy says of the tiny spot near Fingal, on the way to the north-east coast. “It feels like a frontier town. It’s been time-capsuled since I was a child.”

Mathinna was a famous gold mining town with a large Chinese population in the 1800s; the tops of the doors in the many timber houses only come up to about chin height.

“You can tell that at one time it was booming. It has multiple churches and general stores and I think three hotels,” says Murphy. “Now there’s a little café and that’s about it. It’s not really a place to stay, but you can visit it as part of a road trip through Tassie’s north-east,” he says.

He recommends then doubling back to Launceston, and heading north to the Tamar Valley region. Turn off the highway after Legana to follow the curve of the river, and you’ll find “a hotel called Rosevears, right on the river, which is fantastic,” he says.

“It’s a beautiful old country pub and it’s great for lunches. There’s been a pub there forever, in the middle of nowhere, probably because it’s one of the stops you did when you had your bullock dray and were going along that road.”

The road comes out at Exeter, which is a good excuse to visit the Exeter Bakery – a “treasure”, according to Murphy. “My mum said that her dad, who was a baker, used to go there because they had a woodfired oven and are still cooking on it. We’re talking yonks – maybe 80 years or so.”

A quick right turn past the Exeter pub and a well-signposted 10-minute drive or so through farm country takes you to Murphy’s “ultimate favourite” walk called Notley Fern Gorge (call Tamar Visitor Centre for details; 03 6394 4454). Descend into the gorge on the 30-minute return walk and you’ll find “this primordial, pristine fern gully, where tree ferns tower above and get tangled and fall over and keep growing.

It feels incredibly tropical – well, it’s subtropical,” Murphy continues. “There’s a little stream running down the bottom. It’s quite spiritual. If it’s been raining you need to tuck your socks in, as it can get a bit leechy. But it’s a boarded walkway, to protect the gorge. I always try to go there. It’s a must.”

Another great little stop further along is Supply River, near Deviot. A 10-minute walk from the carpark along the riverbank takes you to a peaceful spot alongside a beautiful old stone flour mill (in complete disrepair), he says. “You can swim in the river above the weir in the summer months, though it’s always cold no matter when.”

Next, head back to the main drag and up to Beauty Point: a tiny town close to the mouth of the Tamar, but quite high up. It has tiny, pretty sandy beaches along the river, and attractions in town such as Platypus House where you can see live platypus, and Seahorse World, a seahorse farm and breeding centre on the jetty.

Murphy’s most loved spot here, though, is the local, family-run pub, the Riviera Hotel. The hotel has good, hearty food and basic accommodation, but it’s the position right on the Tamar River that gives it its main drawcard: the amazing views.

If you manage all that and you’re still looking for something to see, head to Cradle Mountain, he says. Everyone knows about the mountain itself, but not everyone knows about nearby Pine Lake – home to some of the rarest trees in the world (33 kilometres south of Deloraine).

“It has a timber boardwalk that takes you right to the lake and to a forest of pencil pines, which are a species of only-in-Tassie pine trees. They’re over a thousand years old but only about four metres high because they are all wizened,” he says. “They look Asian and exotic and beautiful. When I went, the lake was completely frozen over and it looked just extraordinary.”

It was enough to convert Murphy to holidaying in winter here, in fact. “You know, we are these Sydney city softies but we go down and get fabulous sunny days in winter that just gleam and glisten.”

Even for a man with a true international career, Tasmania keeps beguiling Murphy. “I keep finding more places,” he agrees.

“The wonders just keep unfolding. Tassie is so tourist-friendly: you drive along and people are selling fabulous organic product from their front gate and offering lovely bed and breakfasts. It’s that sort of culture.”