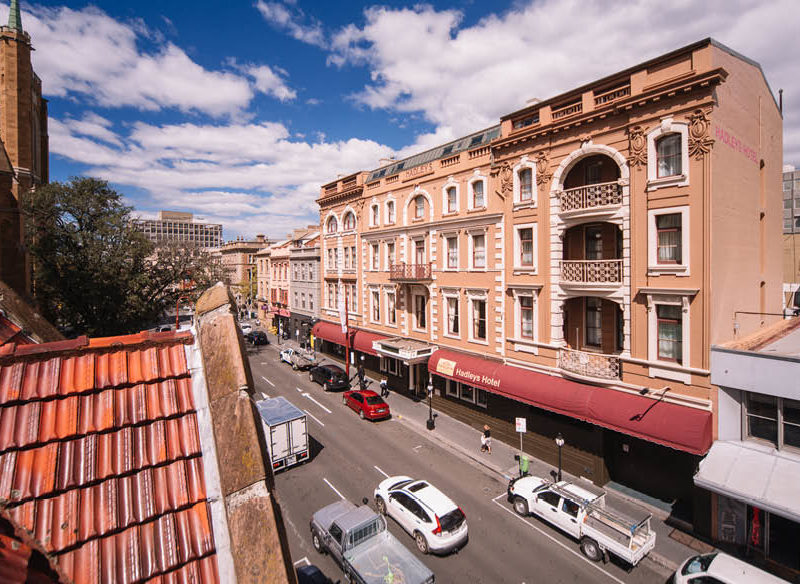 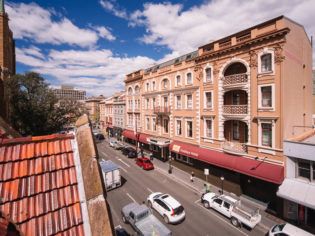 Tasmania is a microcosm of historic architecture, of the likes you can’t see any more in the rest of the country: visit the pioneer farm of Woolmers Estate the grand Georgian mansion of Clarendon; and the convict village at Brickendon Historic Farm. This is the Aussie travel secrets Tasmania.

The annual Cydget Folk Festival , running since 1982, is just one reason to visit this delightful hippy enclave, one hour from Hobart. It’s long been a magnet for creative types, but there’s an undercurrent of change afoot. “There is a bit of foodie culture that’s coming into town, there’s a wood-fire bakery that’s opened up just next door… and there are lots of small, vegetable growers and producers around,” says Joe Pickett, co-owner of vegetarian cafe The Red Velvet Lounge.

Take the drive from Hobart to Launceston and stop in at Oatlands, a darling town dominated by Callington Mill. The restored Georgian windmill, built in 1837, is a fascinating visit, and The Mill Keeper’s Café uses the flour to produce some pretty impressive scones.

The cute little town of Evandale is a delight to wander; visit on the weekend for the markets filled with bric-a-brac and homemade jams – Leigh-Ann Pow, editorial director

Bridestowe Lavender Estate is one of Australia’s most picturesque locations, best recognised for their iconic vista of the seemingly endless fields of lavender flowers as they flourish into full bloom in December and January. The Estate welcomes visitors all year round to enjoy the stunning views, Australianmade lavender products, gourmet food and the peaceful atmosphere of Australia’s largest lavender farm.

Bridestowe’s founder sailed from England to Tasmania nearly 100 years ago with a bag of lavender seeds collected from the French Alps. Bridestowe soon became one of the world’s largest lavender farms and has set the world standard for quality lavender oil since 1922.

Our little secret: One of Australia’s oldest boutique hotels in the heart of Hobart’s CBD.

Hadley’s Orient Hotel was originally built by convict labour in 1834 and plays host to almost two centuries of stories, scandals and secrets to be explored. The halls house memories of gentlemen’s lunches, nights of cabaret, and the most marvellous soirées. The very fabric of the property is woven with tales of convicts, entrepreneurs, celebrities-past, and countless other patrons of days gone by.

Tucked behind the original heritage-listed façade are 71 elegantly appointed accommodation suites, hotel rooms and stunning event spaces. The recently refurbished hotel will leave you in awe of its old-world glamour and charming interiors. A traditional afternoon tea, held in the beautiful sun-bathed atrium, is one of Hadley’s many signature experiences and one not to be missed. Hadley’s Orient Hotel is a delightful hotel hidden amongst Hobart’s chic eateries, boutique shops and local attractions, but more than that, the hotel is an experience in itself.