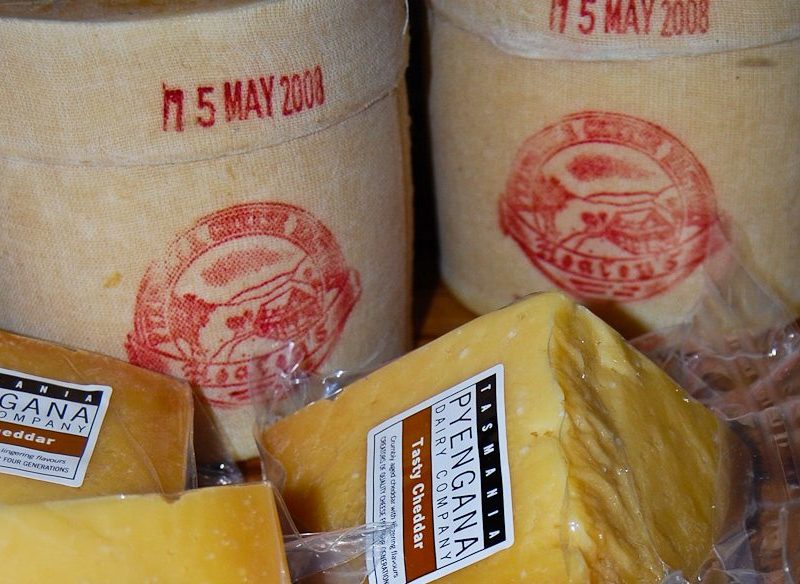 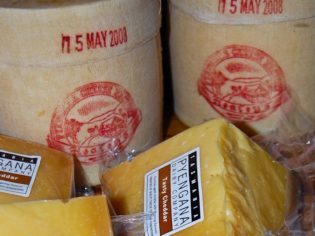 The existence – and popularity – of Jon Healey’s artisan cheeses prove once and for all that antiquarian techniques are anything but dated. Using 100-year-old equipment and methods from the same era, Pyengana Dairy in northern Tasmania has been manufacturing cheese for more than a century.

So it would seem that cheese vats from the 1950s are, like Elvis and Andy Warhol, pretty much timeless.

The fourth-generation dairy farmer and cheesemaker must have some family secrets – his English-style cheddar has quite a reputation. It could be the Friesian milking cows; members of the prime milk-producing breed live happily in the surrounding fields. It could also be the fact that Healey stirs his curd. Strengthened and more easily drained of whey, the curd produces a hardy wheel of cheddar.

So it would seem that cheese vats from the 1950s are, like Elvis and Andy Warhol, pretty much timeless.

Visit the dairy to watch the cheese being churned and turned or pick up your own cloth-wrapped cheddar and learn how to store it to mature through the winter.

The intense nutty flavour of your own rind is a must for any foodie. Jon’s wife Lyndall, director of the company, says the cheeses peak at 12-14 months but even at six weeks the creamy flavour starts to seep through.

What’s the best way to eat vintage cheddar? Lyndall says: “As it is, with a bit of quince paste on the side.”

Did you know: The largest block of cheddar cheese ever was 15.8 tonnes, produced in 1964 for the NY World’s Fair. The Andrew Jackson “Big Block of Cheese” made famous by The West Wing was only 635kg.