Richardsons Beach, Freycinet National Park, Tas Central East Coast. Located in Freycinet National Park on the coastline bordering Coles Bay, Richardsons Beach Campground is aptly named, being 50 metres from the beach. Set amidst lush native forest, and thick with wildlife such as native birds and occasional wallabies, this campground is less than two kilometres from the township of Coles Bay, where supplies can be bought. 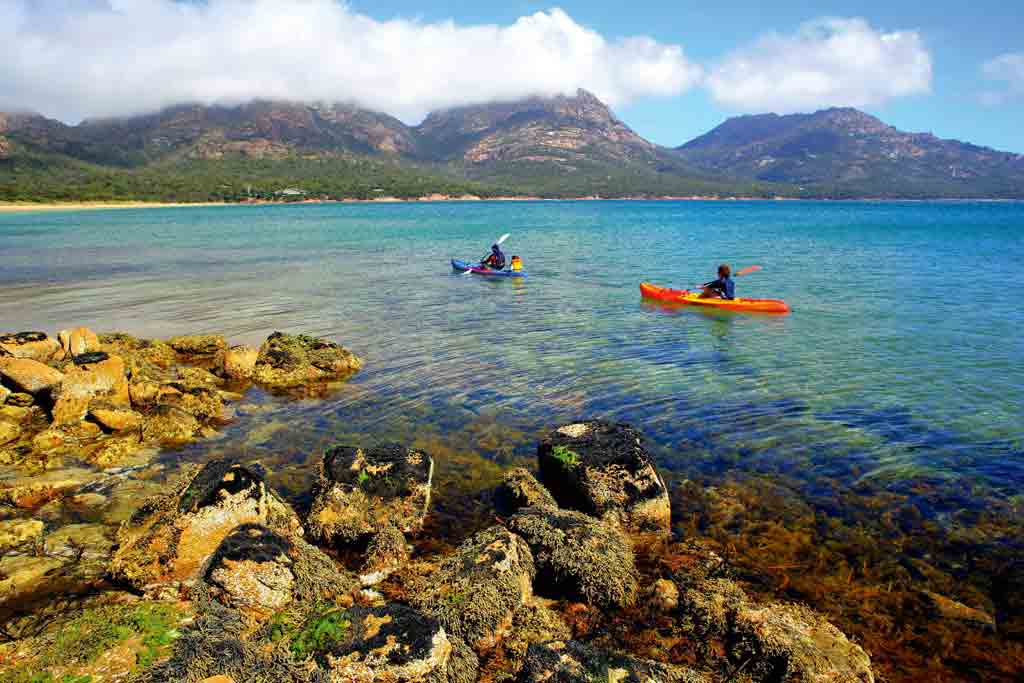 Walking to Wineglass Bay on the Freycinet Peninsula is great - but sailing to it is sublim... READ MORE

Richardsons Beach Campground has basic facilities including access to drinking water, electric barbecues and clean flushing toilets. There are 18 powered camping sites and 33 unpowered sites, but demand is great for this popular camping destination. Consequently, a ballot for campsites operates from December 18 to February 10 and during Easter each year.

How much does it cost?