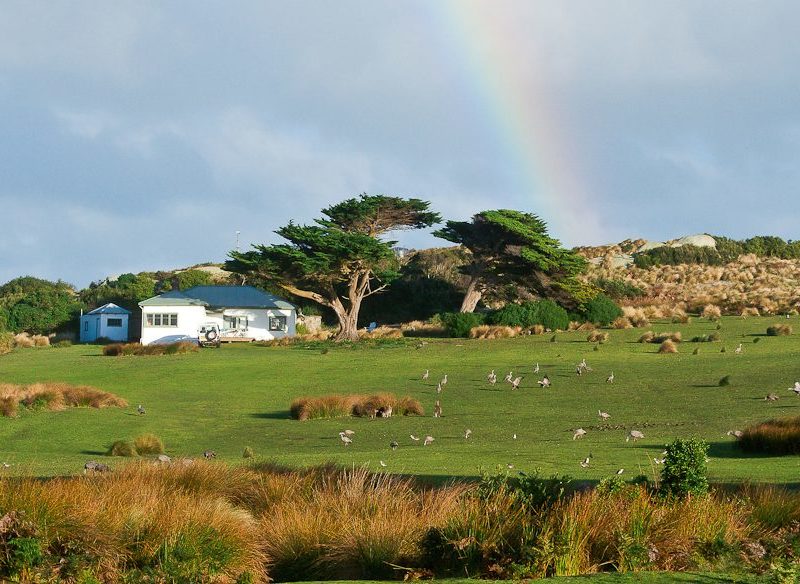 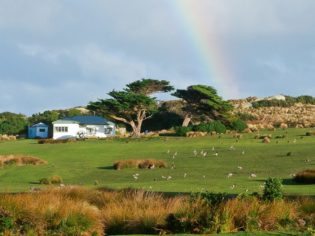 No shops, no traffic: the little paradise of Tasmania's Three Hummock Island.

Three Hummock Island, North-west coast, Tasmania, number #100 on the ‘100 Amazing places you haven’t been to yet’. Nominated by: Georgia Rickard, AT editor.

A century-old homestead nestled under shady trees, this isn’t just a beachside break, it’s an island paradise. Three Hummock Island has no shops and no traffic; to get here you’ll need to charter a boat from nearby Smithton, or an affordable light plane from Burnie Airport (in Wynyard) on the Tassie mainland… and bring all your own food.

“Caretakers John and Beverley live here full time, but otherwise it’s just you, 7400 pristine hectares, the island ’roos and your many feathered neighbours (as per above),” says Georgia Rickard.

The house itself has been newly renovated, but maintains a rustic charm, using solar and wind power to sustain itself. It has its own organic vegetable garden and comfortably sleeps up to 14 guests in five bedrooms (great for a milestone birthday, no?). But our favourite feature is the large sundeck – where you can barbecue the day’s best catch, while soaking up spectacular sunsets over the sea.

Just don’t watch every sunset from your balcony, says Rickard – “you also need to get down to the island’s settlement area at dusk, as penguins nest nearby and can be spotted waddling home after a day at sea.”

Then there’s the surrounding forests, offering incredible hikes; a beach of white sand, found just a 50-metre walk away, and a plethora of other beaches and bays nearby to explore, too; each as pristine and naturally blessed as the rest of our southernmost state.

But the best bit? It’s got to be the price which, from $90 per night, makes this a priceless spot in more ways than one. What a note to end on, hey? And you’re not finished yet: now you need to decide just where you’re going first.

#42 – Escape into the magical Tarkine forest

Tasmania's little-known antique trail, number 51 on Australian Traveller's '100 amazing places you haven't been to yet'. (more…)...