The Tamar Valley, Tasmania: a Review 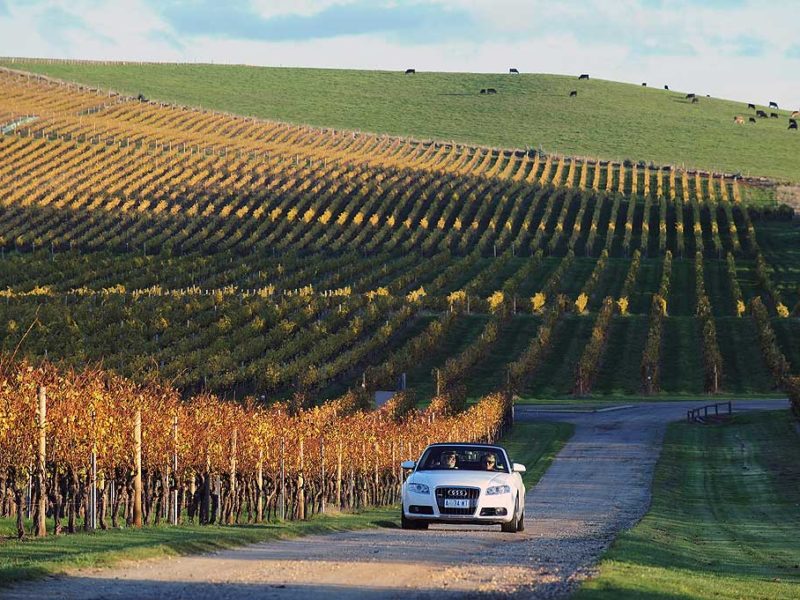 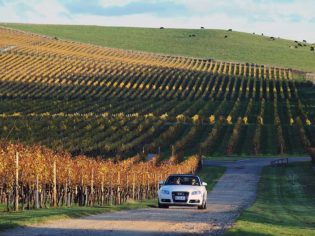 AT reader Charlie Inglefield from Sydney has fallen hard for a burgeoning wine region in Tasmania’s northeast. Can he make it out with his liver alive?

Launceston, or “Lonnie” to the locals, has spent much of its history struggling for recognition from Hobart, the celebrated Tasmanian capital.

But with a burgeoning tourism industry and as a rapidly emerging wine destination, Launceston is now very much on the map to travellers and wine buffs alike. The Tamar wine route is at the heart of Tasmania’s reputation as one of Australia’s finest Pinot Noir growers and one of Australia’s best-kept wine secrets.

Interestingly, it was in conversation with a sommelier in the Hunter Valley when I first heard about the reds of the Tamar and Tasmania’s favourable cool climate towards Pinot Noir grapes. A visit was needed, preferably with a local expert to direct me through some of the 20 cellar doors on the Tamar route.

I found the delightful Marcia Fawdry, proud owner of Valleybrook Wine Tours, whose infectious enthusiasm and knowledge of the local area shone through. She would prove to be an excellent teacher in dealing with a useless wine novice such as myself, and her sense of humour combined perfectly with the importance of getting her wine expertise across to an eager audience.

The Tamar Valley snakes through 58km of luscious countryside, starting from the outskirts of Launceston and meandering through Beaconsfield and south to Relbia. Our journey started with friendly introductions to five fellow passengers, followed by a scenic drive around Tamar River, with Maria sidetracking us with an impromptu who’s who of Launceston celebrities. Cricketers Ricky Ponting and David Boon herald from nearby Mowbray and various Neighbours stars have grand houses dotted around the lake. Having seen the panoramas firsthand, I didn’t blame them.

Three Wishes cellar door was our first stop, and what a place to begin our wine education. Perched high on the hills overlooking the river, the terrific views mirrored the oaky fills of Riesling and the first tantalising sips of a Tamar Pinot Noir. The tasting took place in an old-fashioned log cabin, resplendent with classic photos from the 1850s.

Of particularly agreeable taste was a deliciously sweet Riesling, aptly named the Ritz. I would’ve been perfectly happy to spend the rest of the day with a bottle of Ritz, as recommended by Debbie our friendly hostess, taking in the spectacular surrounds.

As we worked our way through the different vintages, I could sense that all too familiar warmth covering my cheeks and with it grave concerns for the rest of the afternoon regarding the vital necessity of spitting. This was going to be a lesson in connoisseurship and not an exercise in guzzling.

I could already feel the dwindling reserves of discipline seep through my liver as Marcia promised us bountiful supplies of prime cheddar and brie, all to be washed down by a selection of fine Cab Merlots and Chardonnays at Tamar Ridge, our next cellar door.

“Gewürztraminer” is not easily pronounced at the best of times, and especially not after a couple of glasses.

Tamar Ridge is one of Lonnie’s largest wineries and has a grand selection of Sauvignon Blancs, as well as their showcase Devil’s Corner Pinot Noir. Marcia was true to her word as we ran through a King Island Surprise Bay Cheddar, a Lighthouse Blue Brie and an appropriately named White Pearl Camembert. All thoughts of remembering to spit crumbled as a teasing combination of the Blue Brie clashed perfectly with the silky talents of a Devil’s Corner Pinot.

Set back from the Tamar River with breathtaking views over the valley and water, Daniel Alps at Strathlynn is a relaxed and beautiful gourmet experience.

It was an onslaught from there on with a succession of Rieslings, including the Gewürztraminer – not easily pronounced at the best of times, and especially not after a couple of glasses. Kicking back as though we’d known each other for years, subjects flitted between favourite films and relaxed debates on the advantages of a powerful Hunter Valley Shiraz against the hidden delights of a Tasmanian Pinot.

We drove merrily on to the Kreglinger wine estate and the famous Ninth Island Pinots at Pipers Brook, one of Launceston’s best-known and oldest wineries. Their Pinot Noirs did not disappoint. My fellow tasters may have been content to spit away the contents of a delightful Ninth Island vintage but I was finding it increasingly unreasonable to do so.

The sense of loss was too great. The quality reputation Marcia has built up with the cellar doors since starting Valleybrook was clear to see, given the friendly ambience and banter within all the vineyards.

The Kreglinger wine estate also has a renowned restaurant run by Daniel Alps, the famous Tasmanian chef, which we sadly didn’t get to experience. The thought of settling down to a five course dinner engaging in a few of his signature dishes mixed in with a Ninth Island bottle greatly appealed. Perhaps next time.

Velo vineyard, our final visit, is owned by former Tour d’France cyclist Michael Wilson and his wife Mary. Velo is home to Tasmania’s oldest Cab Sauvignon and Pinot Noir grapes, dating back to 1964. Michael and Mary, like everyone else before them, were the perfect hosts, presenting us with a succession of wooded Chardonnays. But my favourite was their vibrantly smooth Pinot Noir.

This was very satisfying, given the effort I’d put in to toasting Tamar’s reputation as a top Pinot Noir producer. I came away clanking with bottles from every grape, let alone acquiring a newfound confidence as a wine critic. The Tamar wine region certainly deserves a visit and if you’re looking for an entertaining and informative tour then Marcia’s comes highly recommended.