The 10 must-have experiences on Bruny Island 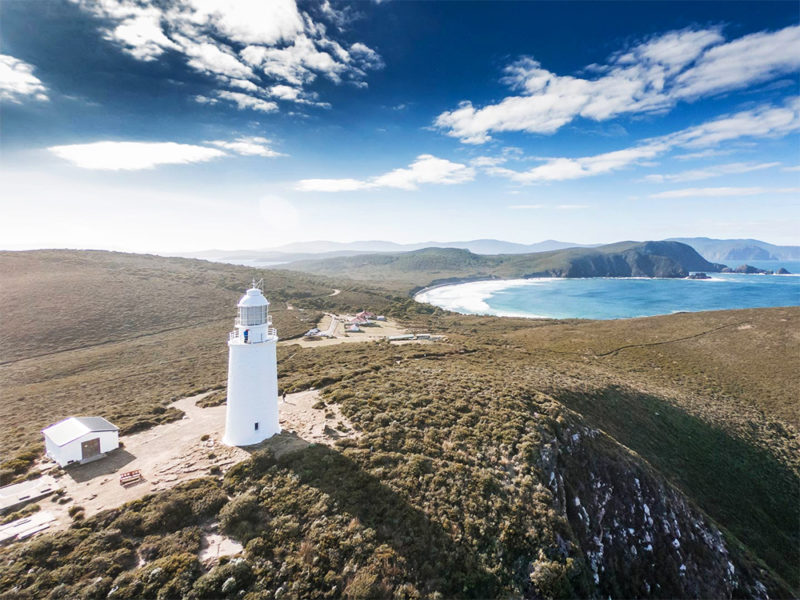 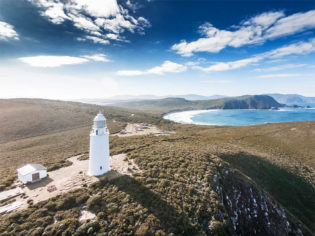 Looking for things to do? Don’t miss these top 10 experiences.

Just a few minutes from the Bruny Island ferry terminal is the Tasmanian House of Whisky, a compact timber and stone building brimming with 110 single malts and over 70 gins – all Tassie made. The spirits are mostly bespoke and small scale, and while some of the prices on the bottles will make your eyes water, a nip or two of the island’s finest certainly won’t.

The ‘house’ whisky is Trapper’s Hut, a single malt aged in American oak and made with Franklin barley. With a warm, sweet flavour and a hint of vanilla, you may need to check your baggage allowance to see if you can squeeze a bottle in.

The newest kid on the Bruny Island accommodation block is Free Spirit Pods, a pair of two charming eco-pods set amongst stringybark and black sheoaks overlooking the pristine waters of Quarantine Bay. The studio-pods feature natural timbers throughout and offer stunning views down to the water. The owners are a delightful couple who are only too happy to point you in the direction of kayaks, lend you an oyster knife so you can harvest your own molluscs, or restock the lolly jars in your pod’s pantry. 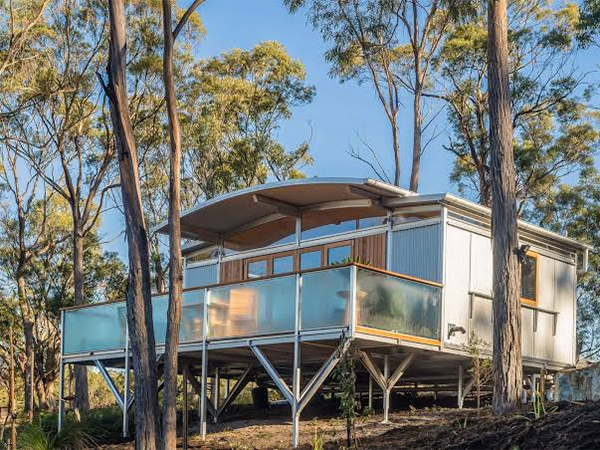 Built by convict labour over 18 months beginning in 1836, Cape Bruny Lighthouse is the second-oldest lighthouse in Australia. It sits amidst moody, rugged dolerite cliffs that are relentlessly battered by foaming seas and tumultuous winds. Take a tour to the top for breathtaking views over the Southern Ocean and the wild Tasman Sea, and spare a thought for the 12 felons who were at least given their freedom once they completed the mammoth task. 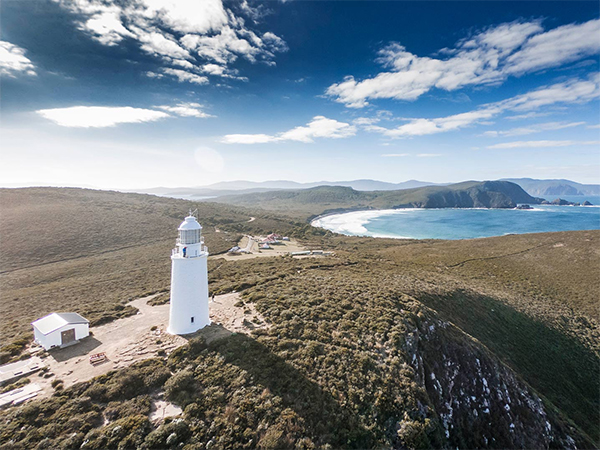 Cape Bruny Lighthouse is the second-oldest lighthouse in Australia

For a relatively small island (it’s just 50 kilometres long), Bruny is divided. The spot where the two meet is ‘The Neck’; an isthmus connecting the north and south of the island. From the top of the lookout at The Neck, you can see rolling green hills sweeping down to the unruly Tasman Sea and the sheltered waters of the D’Entrecasteaux Channel.

The Neck is home to a game reserve, which forms an important habitat for the island’s native wildlife, like short-tailed shearwaters and fairy penguins. Visit at dusk for the chance to spot the little penguins making their way up the beach for the night. 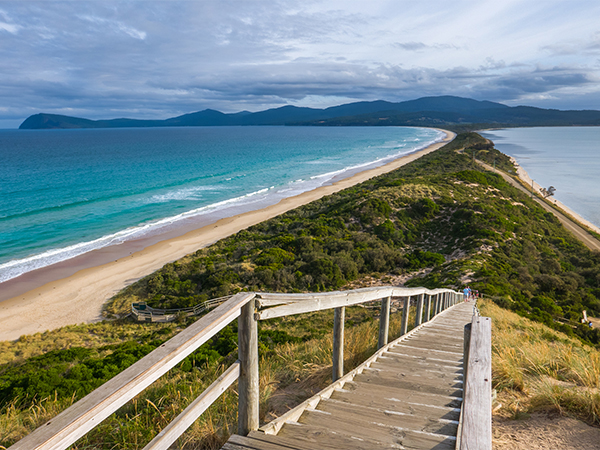 5. Blessed are the cheese eaters

Artisan cheese. Need we say more? Stop in to the Bruny Island Cheese Company and be prepared to sample (and let’s face it, buy) a number of delicious cheeses. From hard, crumbly cow’s-milk cheeses to one of Australia’s scarce hard raw-milk cheeses and rounds of luscious, soft, white-mould cheese, the fromagerie is a cheese-lover’s dream. 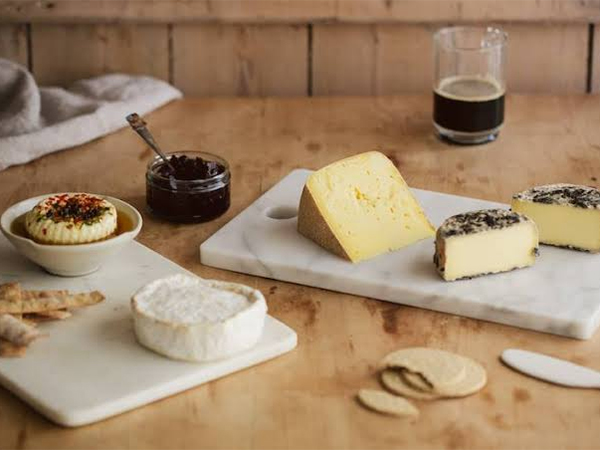 Be prepared to sample at the Bruny Island Cheese Co

6. Walk the history of the island

At the northern tip of Bruny Island is Dennes Point Heritage Trail. It’s a short walk that reflects the significance of the area, as it was here that some of the first encounters between Europeans and Indigenous Australians occurred. The trail takes in spectacular views of the D’Entrecasteaux Channel, Derwent Estuary and Storm Bay. Along the path are 14 panels that represent the island’s history – from farming and whaling to natural history and geology. At the end of your wander, walk along Jetty Beach and keep an eye out for quolls.

Don’t let looks deceive you; from the outside, the Bruny Island Chocolate Company looks tiny, but inside it’s full of chocolate, fudge and honeycomb. Everything is made fresh on the premises, so you’re never quite sure what flavours and varieties will be in stock. Traditional fudge lovers will adore the caramel chocolate fudge, but adventurous eaters may want to try the Persian fudge, with its sweet, rich dates and figs. If you’re not fussy about packaging, you can pick up a packet of fudge ‘off cuts’ for a bargain. 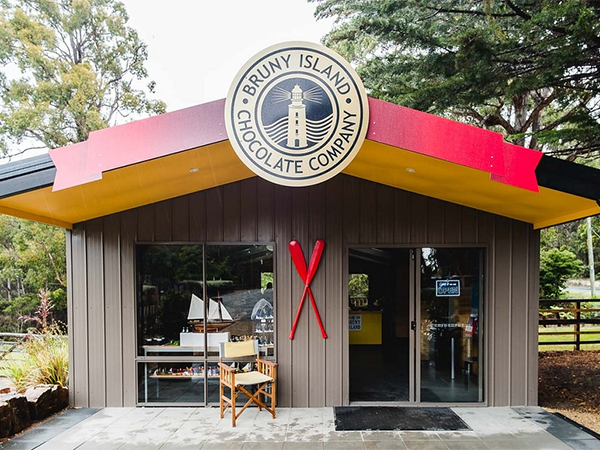 Everything is made fresh on the Bruny Island Chocolate Co premises

Bruny Island is home to the rare Bennett’s wallaby, commonly called the white wallaby due to its snow-hued fur, pink nose and eyes. A genetic mutation causes the wallabies’ albinism and, because they don’t have any predators on the isolated island, there are thought to be over 200 on Bruny. The best place to spot them is Adventure Bay, where during the day you might see them resting underneath large trees. 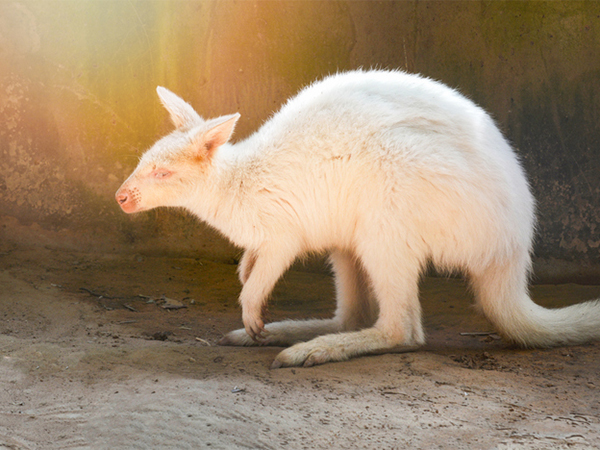 Keep your eyes peeled for a Bruny Island white wallaby

You wouldn’t think there are too many hidden gems on Bruny, but its Quarantine Station goes under the radar of most travellers. Situated at Barnes Bay, the Quarantine Station incorporates different aspects of the island’s history – from its First Nation’s people to European settlement. The site itself contains quarantine buildings that housed passengers and soldiers on their return from WWI. It’s worth taking the two-hour-long heritage interpretive walk, which gives fascinating insights into this significant site.

Peer closely into the shallows and you’ll see gleaming oyster shells everywhere you look. Bruny Island produces some of the best oysters in the country, so pull up a seat at the oyster bar at Get Shucked and tuck in. It’s truly bay-to-bar eating as you sit on the deck overlooking the bobbing buoys of the oyster farm in the bay.