10 reasons why you must go to MONA 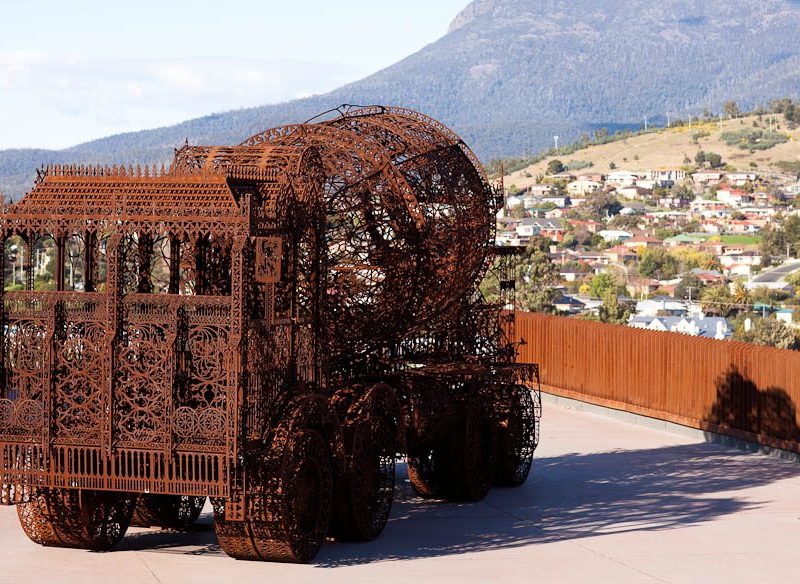 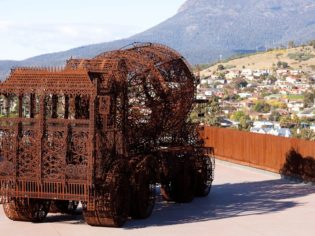 There’s an uncountable number of reasons to scribble Tasmania’s Museum of Old and New Art (MONA) on your bucket list, says Carla Grossetti. Here are her top 10…

A tumble down the theatrically-lit, underground inverted pyramid that is MONA is almost a hallucinatory trip. This avantgarde museum, founded by gambling magnate David Walsh, contains exhibits that are both delightful and deeply disturbing.As with Lewis Carroll’s Mad Hatter, who runs his life based on his mind, the museum seems to hold a looking glass up to the inner workings of Walsh’s algorithmic elements. The 51-year-old, who helped develop complex computer programs that benefit from gambling, spent some $80 million building the museum, which has attracted more than 950,000 visitors since it opened in 2011, making it one of the most major philanthropic contributions to Australia in decades.2. To dance with your demons 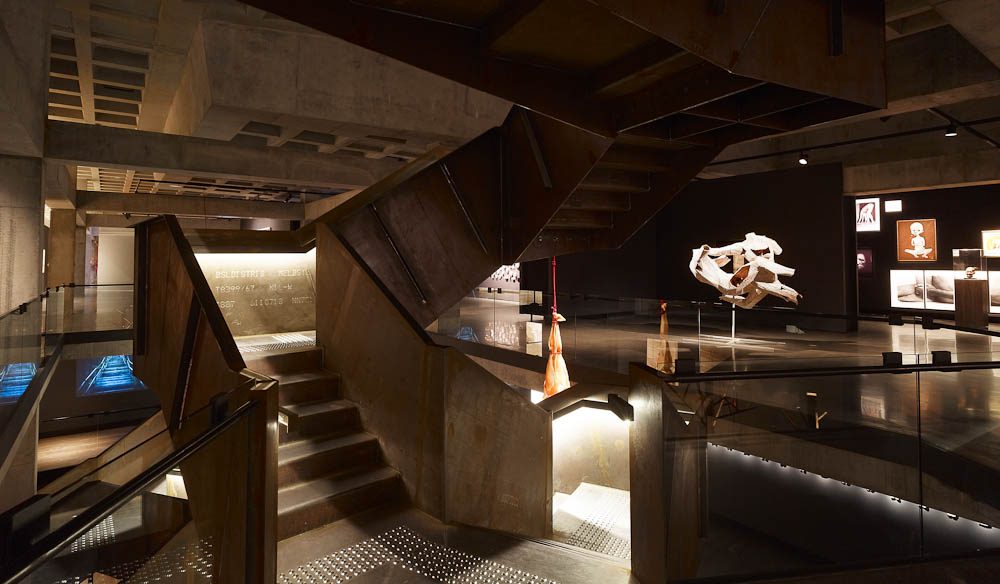 In a room with all the coolness of a morgue is an euthanasia machine beside an armchair and lamp. My Beautiful Chair describes what would be happening to your body when a lethal dose of drugs is injected into the system. Senior curator Nicole Durling says she has seen many faces “crumple in tears” when confronted with their own mortality. Equally intense is Austrian-born Kurt Hentschlager’s Zee, a fog-filled room with flashing LED lights. “About one in 500 people have an epileptic fit,” Durling says.

3. To view a peep show with a difference

Take a long, hard look at yourself when you go to the toilet in Locus Focus, by Gelitin. The deepmirrored toilet room comes with binoculars so you can ponder your private bits when you have the urge to purge. While this may sound like an act of grossout lunacy, it’s also an effective way to flush out the retentive in our midst, in a society Durling says is “steeped in denial”. She argues the act of peering at one’s self while expelling waste has a rather grounding effect, leaving us “better placed to confront other ugly internal truths”.

Art and sex are wicked bedfellows in some of the more irreverent spaces within MONA, which Walsh has billed as a ‘subversive Disney theme park for adults’. The notoriously mediashy maths whiz has said he wants to “present art that demands an emotional response”. He has done that in spades with works devoted to sex that veer from confronting to comedic to thought-provoking. Peer at bearded transsexuals, murals of naked couples copulating, a sculptural wall of women’s vulvas, giant, um, doodles, and voyeuristic peepholes filled with objects designed to challenge rather than titillate.

5. To tear apart your expectations 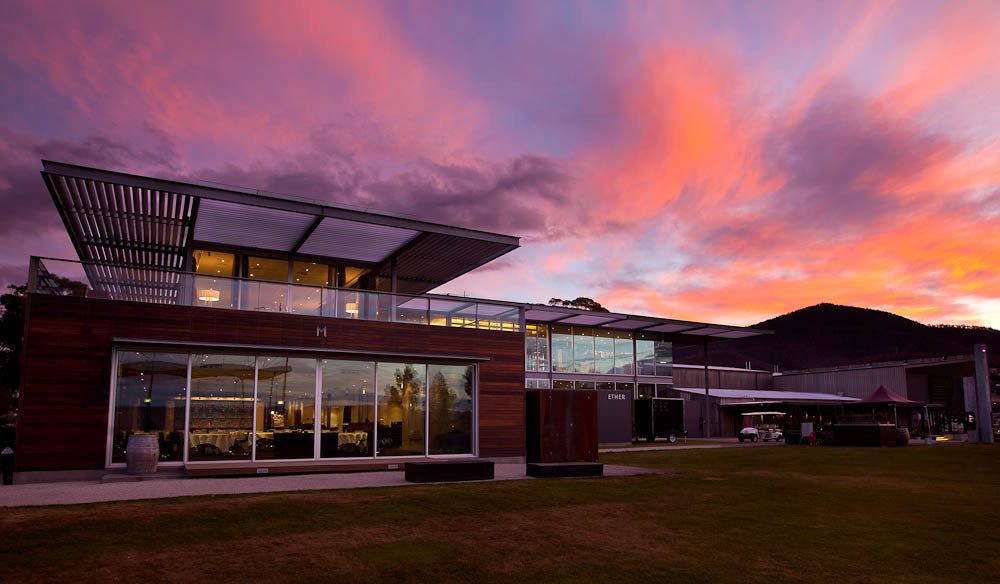 As well as featuring works from artists as diverse as Brett Whiteley, Sidney Nolan, Pablo Picasso and Damien Hirst, Durling says the aim is to challenge visitors to think about what’s behind that creative drive to make art. One artwork that is a must-see, according to Durling, is The Life of Christian Boltanski – a French artist, whose every move in his Paris studio will be streamed live at MONA until he dies. The longer he lives, the more his artwork will cost and Walsh hopes to win his devilish gamble, betting that the artist will die within eight years.

6. To party in the Posh Pit 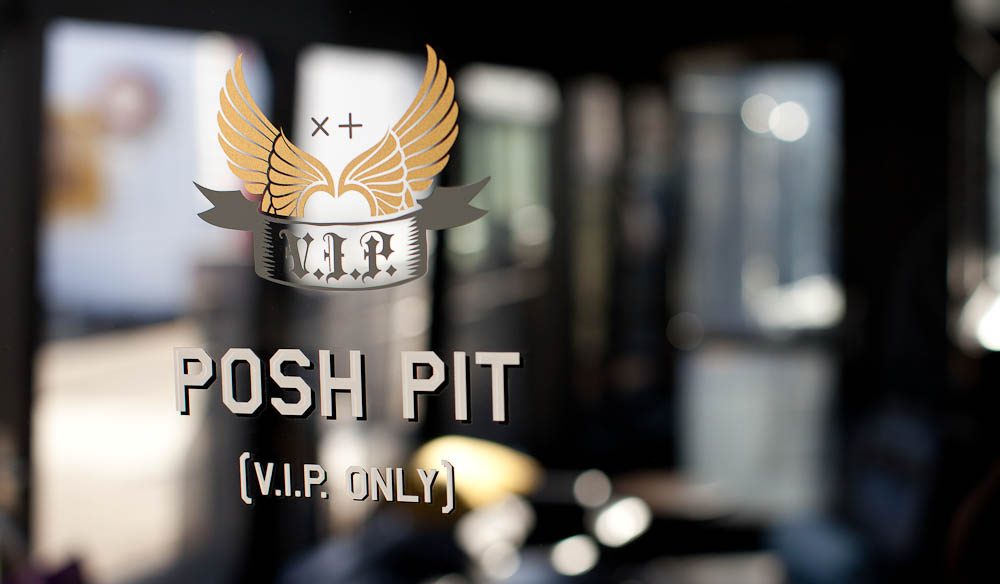 MONA has sprouted a few mad permanent popups. Nab a spot in the Posh Pit aboard the MONA ROMA 1 fast ferry ($50 return from Hobart’s docks) in order to make an entrance at events that range from music festivals to Cinemona, to seasonal celebrations such as Dark Mofo, celebrating winter through large-scale public art, food, music, light and noise. Also worth circling on your calendar is Mona Foma (15–19 January 2014) – which has attracted artists such as PJ Harvey and Nick Cave & the Bad Seeds – as well as the regular MoFolk on Saturdays and JAM, gigs curated by Violent Femmes’ bassist Brian Ritchie, on Sundays. 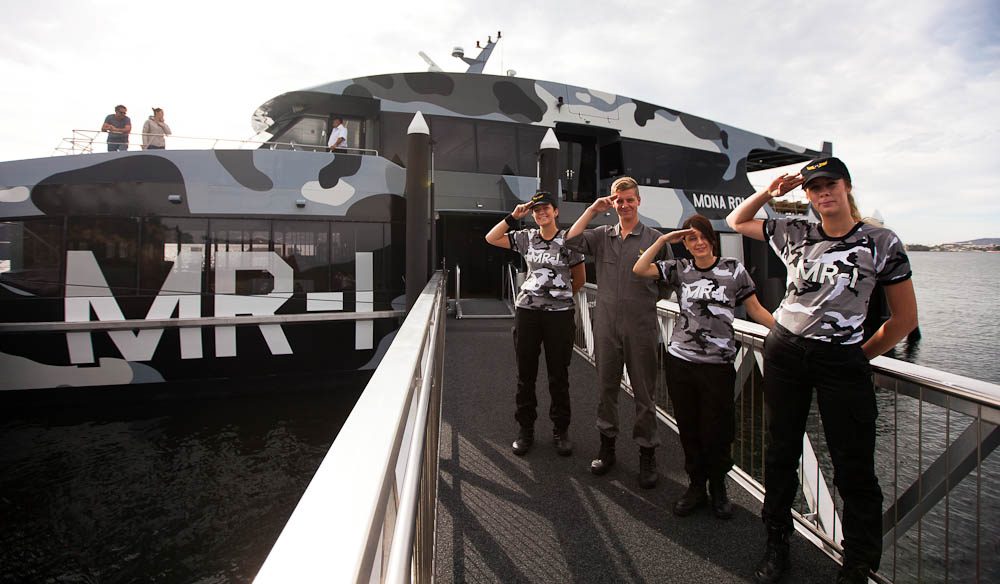 Fast and efficient – The MONA Roma Fast Ferry from Hobart

7. To see a crap exhibit 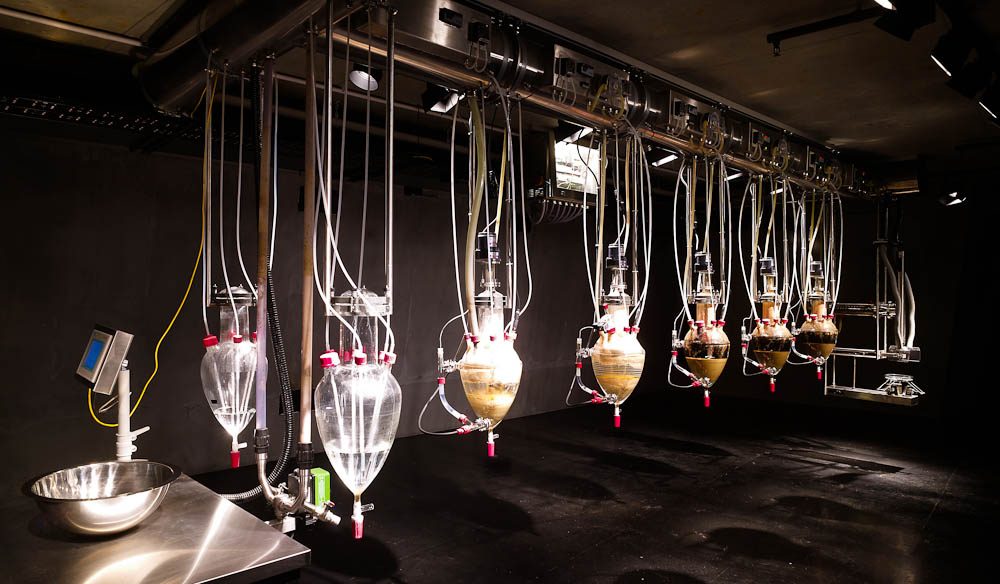 …literally. Fittingly, it feels like you are in the bowels of the earth when you enter the cavernous space that houses Cloaca Professional (‘the poo machine’) by Wim Delvoye. Attend a feeding of the giant digestive machine at 11am or 4pm or watch the strangely compelling 2pm bowel movement, when Cloaca delivers a Mr Whippy-like mound of faecal matter preceded by a resounding ‘plop’. The excrement is then dutifully presented to the ‘arty-farty’ crowd, who dry-retch on cue. According to Durling, the installation is the most “loathed but most visited piece of art in the museum”. BYO vomit bag.

Let your mood decide where to wander around the windowless bunker or use the in-house iPod, which features Art Wank (a straight-shooting blurb about the work); Ideas (objectives behind the work); Gonzo (a personal response to the work, often delivered by Walsh); or Audio. Durling says if too many people press ‘like’ while pondering a piece Walsh will insist it is removed at once. “As well as wanting to democratise art [Tasmanian locals gain free entry] we want the works to pack a wallop,” says Durling.

Belgian artist Wim Delvoye (the Cloaca creator) has built a chapel nearby to MONA, which, naturally, has a few twists. Given Walsh describes MONA as a “temple to atheism”, don’t expect the chapel to contain narratives around saints or passages from the Bible. Instead, the stained glass windows feature sexualised images of “mice copulating and other everyday things”. 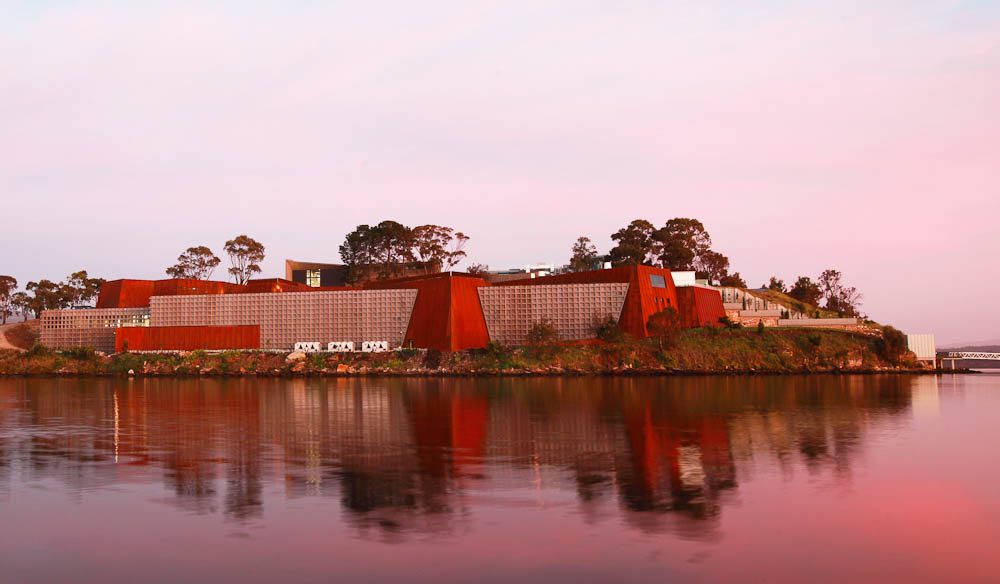 When you emerge from the brooding confines of the museum, check-in at one of eight luxe pavilions, all named after an artist or architect who has impacted MONA. Enjoy a glass of wine at Walsh’s award-wining Moorilla Estate, sample his signature Moo Brew beer and explore the warped artworks on the headland overlooking the River Derwent. After some posh nosh at The Source, return to the guts of the museum for a shot of absinthe at the Void and prepare for your palms to start sweating again.

Admission is $20 per adult.

Accommodation is from $600 per night (depending on pavilion)