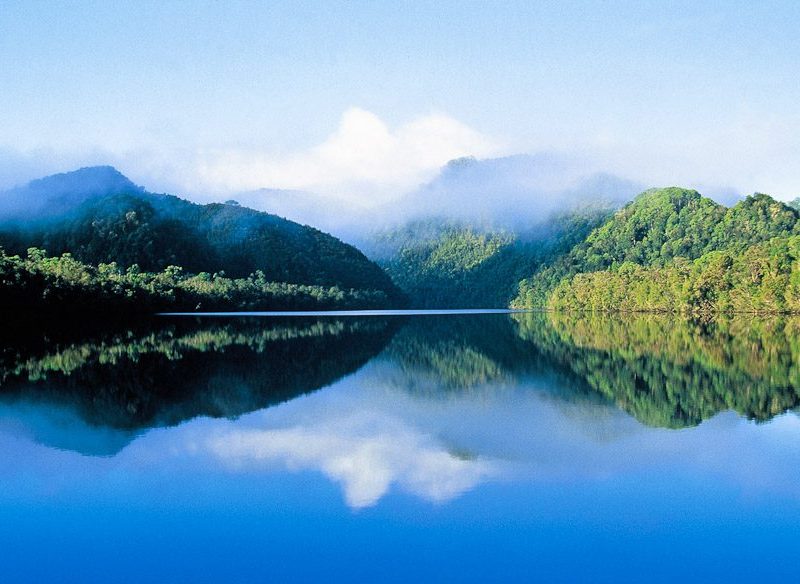 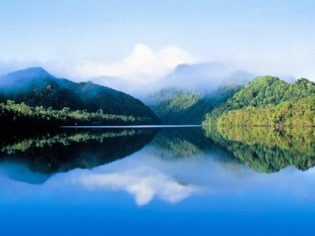 For the ultimate expression of “clean and green”, visit the southwest coast of Tasmania. Fed by the Franklin/Gordon River, Macquarie Harbour, Australia’s second-largest natural harbour (after Port Phillip Bay), is a remarkable wilderness stretch of water steeped in history.

Mining and forestry operations (based around the magnificent Huon pine, famous for its oily shipbuilding qualities) commenced in the 1880s, making Strahan, the small fishing village now the centre of activities on Macquarie, the second-busiest port in Tasmania.

“The surrounding primeval forest and the sheer blackness of the water of the Gordon are memorable.”
– Suzi Petkovski

The real glory of Macquarie Harbour is, however, its setting; the Gordon River and surrounding wilderness are otherworldly. The dense, temperate rainforest is dark, gloomy and teeming with life. The West Coast Wilderness Railway winds its way through this rainforest from Strahan to Queenstown, and the 40km-long Ocean Beach receives waves unimpeded since they left Patagonia on the southern tip of South America. The Henty Dunes just to the north are sand, but at certain times look like snow, providing a lunar-like landscape.

Did you know?
In 1982-83, 1272 people were arrested at Warner’s Landing, 6km from the junction of the Franklin and Gordon, during protests against the Tasmanian government’s plan to dam the Gordon. In 1983, action by the Hawke Government and the High Court saved the river.

How to get there
From the south, the drive from Hobart to Strahan takes about five hours, while from the north, it’s a 1.5-hour drive from Cradle Mountain.

Best time to go
Anytime, but always be prepared for cold, wet weather. 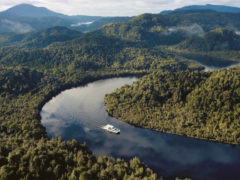 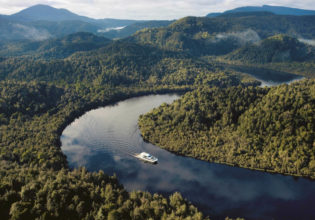 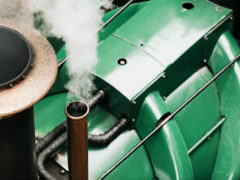 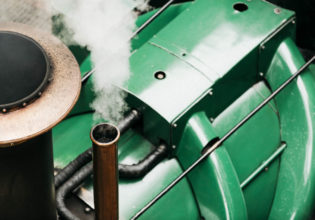 All aboard for a unique rail journey into the hidden heights of Tasmania. The West Coast Wilderness Railway is leaving from platform... Strahan fishi... 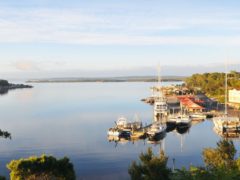 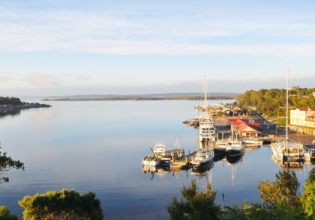 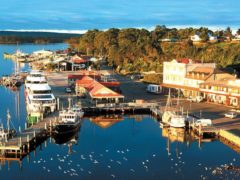 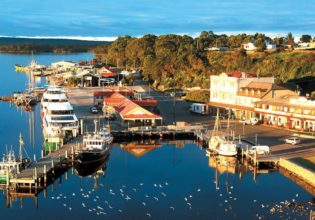 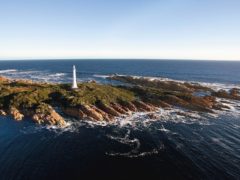 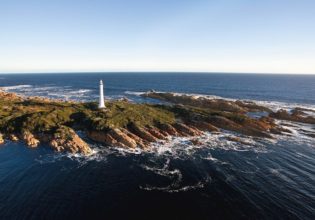