Deliver yourself to The Royal Mail 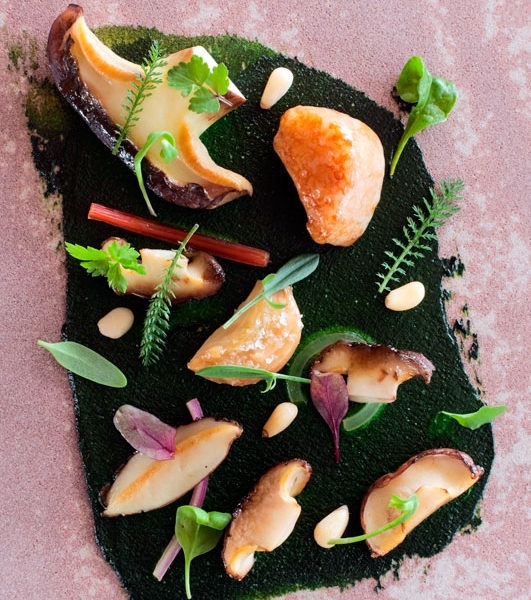 Experience No.064 in Australian Traveller Magazine’s 100 Greatest Australian Gourmet Experiences.
While the setting – at the foot of the volcanic mountains of the Grampians – is stunning, it’s the food that draws visitors far and wide to the Royal Mail.

Head chef Dan Hunter learnt his trade in Spain, where the scientific molecular cuisine techniques made famous by Heston Blumenthal have blended with Mediterranean notions of seasonal fresh produce to create cocina nueva.

Hunter’s menu draws heavily on this rich vein of influence. Produce is as fresh as possible, his larder stocked from an organic vegetable patch on the property and meat and dairy sourced from handpicked local suppliers. Diners are restricted to a minutely planned set course dégustation.

Hunter has been rewarded for his attention to detail, receiving two chefs hats in 2008 and being named Regional Restaurant of the Year in 2010. Curious flavour combinations and unusual techniques attract the crowds. But the Royal Mail impresses too with simple dishes such as salad made from Heirloom tomatoes.

Hunter’s sommelier, Jeremy Shiell, completes the near-perfect meals with picks from his impressive cellar of European, Australian and American wines.

The Royal Mail has made Dunkeld a gastronomic pilgrimage site, with hundreds of diners making their way to the town some three hours west of Melbourne each week.

Did you know: Before Dan Hunter was head chef at the Royal Mail, he was head chef at Mugaritz, a Michelin two star eatery in Spain’s Basque Country, which is ranked fourth best restaurant in the world in a poll of largely Michelin-starred chefs.