Out & About: Geelong, VIC 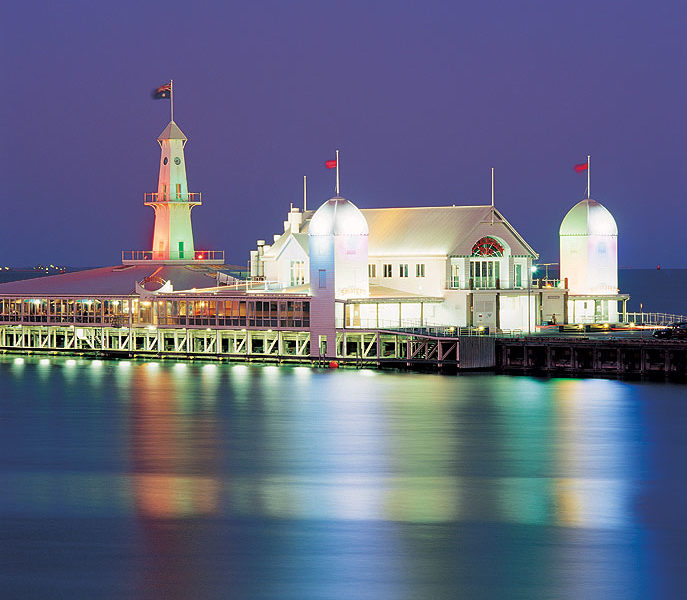 Stepping out of the shadows cast by its cooler big sister Melbourne, Geelong is becoming a destination unto itself, thanks to cheap flights, a winning AFL team and a fast-developing waterfront, writes Justin Wastnage.

On the Waterfront
A decade ago Victoria’s second city watched the growing sophistication of Newcastle at the end of the reign of King Coal and mapped out its own post-industrial future. Like its New South Welsh counterpart, much of the transformation is taking place on the waterfront. A mineral salts bathhouse is planned and new apartment blocks, hotels and restaurants are springing up along Eastern Beach almost as quickly as new Bay Walk Bollards.

The two-metre high sculptures, originally created by local artist Jan Mitchell, were conceived by Geelong Council as a way of reusing timber pier pylons. There are now over 100 of the quirky human statuettes portraying elements of Geelong history in often brutally funny characters, stretching most of urbanised Corio Bay between Rippleside and Limeburners Point, with a concentration around Steampacket Gardens. Look out for the bashed-up surf lifesavers and chain-smoking tram conductor.

The centrepiece of the waterfront is now the 19th Century carousel, originally built in New York and used in country fairs up untl the 1950s. Lovingly restored and now sheltered from the elements in a futuristic glass and steel pavilion hanging over the water at Steampacket Quay, the view from the brightly-coloured mechanical horses is more thrilling than the gentile ride itself.
The Carousel Pavilion // 1 Eastern Beach Rd, (03) 5224 1547

Go west young man
Cheaper houses originally brought young couples to West Geelong, transforming one end of Pakington St into the city’s chic neighbourhood. At the Paris end of Pako, homeware stores rub up against small clothes boutiques and gift shops, making it a Mecca for the many returning Geelong expats seeking out the more refined things in life.

Corporates, yummy mummies and the Italian community all congregate on Caffè Volare, the small coffee kiosk run by Michele Quagliara, with an espresso machine named after Sofia Loren and memorabilia of the great lady sititting around the tiny shop. Pako’s northern end is edgier, home to Geelong’s artistic scene, and comes to life at the annual Pako Festa.
Caffé Volare on Pako // 111 Pakington St, (03) 5229 8306


Nightlife
In 2004, London-based paparazzo Darren Lyons surprised many by opening up an Ibiza-style super club in his former hometown. Home House, built from the set of the motion picture Moulin Rouge, still pulls in some of the biggest dance DJ names and is planning a controversial extension. Its very survival is testimony to the city’s growing sophistication.


Full points for Four Points
People don’t go to Geelong for their summer holidays, as even the tourist info centre admits. Lodgings are skewed towards corporates, but a growing weekender trade has new hot spots emerging. Four Points by Sheraton is the most impressive in town, with its 4.5 stars making it officially the best, too. For tasteful corporates, its waterfront location and indoor heated saltwater pool mean this is the one. Even if you don’t stay, meet for drinks at the well-appointed bar.
Four Points By Sheraton // 10-14 Eeastern Beach Rd, (03) 5223 1377, http://www.novotelgeelong.com.au/


Boutique delights
For those wanting a more personal experience, there are signs of life again, with several small hotels and guesthouses springing up. In 2003, Amelia Wilson and husband Tom gave one of Geelong’s original hotels, the 1855 Haymarket, a $1.5m overhaul. The feel is authentic, with French antiques from the period making each guestroom unique. An honesty bar and private lounge appeal to those wanting a more intimate experience.

The Haymarket is Geelong’s first boutique hotel, an homage to European cities where stylish, small hotels are viable, explains Wilson. The couple also own a motor inn in rural Victoria to pay the bills, but the Haymarket is clearly a labour of love. The Haymarket, with all the mod cons you’d expect in a luxury hotel, sees its rooms filled with choosier corporate guests midweek, but destination holidaymakers on the weekend.

Casting the plentiful motels that line the approach roads aside, there are a number of chic options if the Haymarket is booked out. Choice among these are: Sabina on Little Myers, a three-bedroom hidden gem on a quiet back street; Adara House B&B, a period Edwardian house with bags of charm; and Vailima, a beach house perched on a ridge overlooking the waterfront with views that don’t come any better.
Haymarket Boutique Hotel // 244 Moorabool St, (03) 5221 1174, www.haymarkethotel.com.au
Sabina on Little Myers // 90 Little Myers St, 0427 785404, www.sabinaonlittlemyers.com.au
Adara House // 4 Aberdeen St, (03) 5229 6024, http://www.ardarahouse.com.au/
Vailima // 26 Eastern Beach, 0417 300877, www.vailima.com.au

State of the vines
Things have changed in Moorabool Valley since 1842, when Swiss immigrant David Pettavel noted that conditions were a perfect copy of France’s Bordeaux region. Driving along Ballan Rd, the gateway to Moorabool Valley wineries, you’re struck by the effects of the drought.

Turning into the track heading to Jindalee Estate, past grapes withered on the vine, it’s a good kilometre before your first glimpse of green. Jindalee isn’t the most attractive winery, industrial rather than quaint, but there’s still something novel about having a winery five minutes from the CBD.
Jindalee Estate // 256 Ballan Rd, Moorabool, (03) 5276 1280, www.jindaleewines.com.au


Sea, land and sky
Where the coal trains feeding Geelong’s industrial heyday used to rumble their way along, anglers now jostle for space to fish off the sides of Cunningham Pier. The jetty, known to locals as Smorgy’s after the buffet restaurant at its end, is now a central part of the redeveloped Waterfront. Couples stroll lazily to the end to look back at the city and over Corio Bay.

But for an even better view, Bay City Seaplanes take off from alongside the pier for flights over the region. Longer journeys take in the Bellarine, Port Phillip and even the Great Ocean Road. Flying over the Twelve Apostles at sunset is spectacular – especially at a height of only 500ft, where you get a different perspective than from the sanitised visitor centre and purpose-built walkway. For those with less deep wallets, Geelong Helicopters will take you over the bay and the city, while Freedom Bay Cruises’s catamarans ply the waterfront daily.
Bay City Seaplanes // Steampacket Quay, 0438 840 205 www.baycityseaplanes.com.au

G’day Geelong!
AT gourmand on the move Peter Russell-Clarke has offered up his Top Five Eateries for you, for next time you find yourself in Geelong.

1. Lord of the Isles Tavern
Won the best bistro in Diners Club International Australian Hotel Association’s Awards of Excellence. And so it should. It’s a ripper hotel/restaurant. You’ll find there are several eating areas from which to choose. I prefer the glassed-off restaurant area. The pub’s history and heritage sit happily with the up-to-the-moment food. Good choice, folks. The wine selection includes local award-winning vineyards as well as a comprehensive selection of Australian favourites.

2. Sawyers Arms Tavern
Geelong folk collectively agree that the Sawyers Arms serves consistently good food. But it’s better than good. It’s thoughtful, stylish and professionally cooked. The restaurant is welcoming and comfortable, making you feel you’re lucky to be there. Peter, the owner/maitre d’, is attentive and obviously wants you to enjoy yourself. And you do. The blue swimmer crab bisqué ensures it.
v
3. Fisherman’s Pier
Built over the water of Corio Bay. A view from the restaurant’s large plate glass windows magnifies the absolutely magnificent vista of historic Corio Bay, the fishing boats, the yachts and the seagulls. And the world-renowned Steampacket development with its antique merry-go-round. Fortunately, the food mirrors the views; first class, changes daily, original and always fresh. Local wines are prominent on their list, and their wine service is professional.

4. Finnigan’s Place
Positioned on raised land overlooking Rippleside Park and Corio Bay. There’s an outside eating area facing a view that strips the tension of a workday while you ponder the menu. The food is modern Australian, which is really stylish international. A Tapas plate, a glass of champagne and the live piano music floating out across the water makes Finnigan’s Place so relaxing it’s almost spiritual. And folks, there is ample parking.

5. Le Parisien
Created 24 or so years ago by one of Geelong’s best known and respected foodies. The Frenchman, Jean-Paul, is absolutely passionate about food. Many years ago I ate moist, cooked snails in a gentle mustard sauce – unheard of in Geelong, except from Jean-Paul’s kitchen. Today, the haute cuisine restaurant serves brains or kidneys or a perfectly cooked steak and French fries, or coq au vin and frogs’ legs. The restaurant is in a big boatshed right on the water. And boy, those views . . . 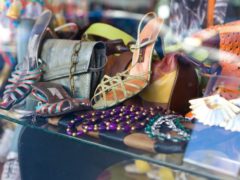 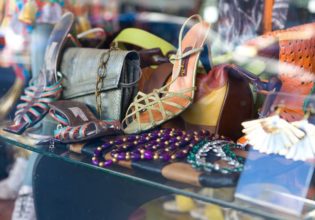 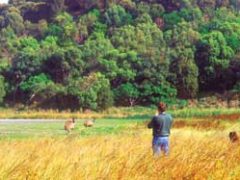 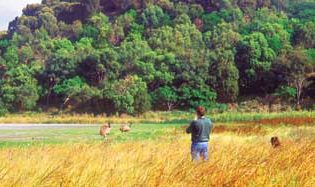 Australian Traveller magazine looks at the Great Australian Aboriginal Experience at Worn Gundidj in Warrnambool, Victoria. In a violent volcanic...