ANYTHING BUT COLD FEET

I couldn’t believe it. Booked in to the only five-star day spa on Victoria’s Great Ocean Road, laden with all its delights of remedial massages, flotation and hydrotherapies, and I’ve been slated for a pedicure.

To a blokeish bloke whose feet have spent most of their lives suffering in mud-sodden footy boots or enduring the torture of endless mountain treks cocooned in smelly hiking shoes, a cure for foot malaise is last on a list of wants. Even if – as my girlfriend emphatically notes – it should be first on a list of needs. I have enough trouble going near them, my girlfriend refuses to even look at them; how can I expect a stranger to actually lay their hands on my far-from-twinkle toes?

“I’m used to it,” says a smiling Amy, my foot attendant for the next 45 minutes. “I’ve had no real horror stories yet. I’m sure your feet can’t be that bad.”

Welcome to your first podiatric nightmare, Amy. Besides, what are my mates going to think? I could tell them I’d driven three hours west from Melbourne to Warrnambool for the surf. But the swell out here is big and I’m only a learner. Maybe I could tell them I was joining the binocular-bearing throng watching whales from the nearby cliff tops. But they’re bound to ask where I stayed and when I tell them it was at the luxurious Logan’s Beach Spa Resort, they’ll want to know how the “spa” was, won’t they?

“Our pedicure is actually pretty popular with the blokes,” says Amy, as if reading my mind, while delicately placing my hairy Hyde-esque pinkies into a bubbling foot spa. I’m sitting in an armchair traveller’s delight: a leather layback with multi-function, multi-speed, vibrating massage controls and a hot, bubbling footbath with water jets softening up my hard-earned calluses.

Amy readies her instruments, which look rather less relaxing than the serene brochure images of beautiful people in fluffy white bathrobes lying back, eyes closed, smiles on mud-caked faces, masseuse’s hands kneading into their backs. Images a long way from the reality of someone playing with my knobbly feet.

“People love getting their feet played with,” says mind reader Amy. I think of Princess Fergie’s well-publicised poolside frolics and how she must have done wonders for this industry. “They’re the most neglected part of the body, you know.” In my case with good reason. Although on this occasion, I admit to cleaning the house before the cleaner came, so to speak.

Over the next 45 minutes I drift in and out of paying attention, the piped violins, aromatic salts and Amy’s sure hands whisking away my aches and pains, along with a bit of dead skin and some toenail excess. It’s a “put your left foot in, take your right foot out” hokey pokey routine as each foot is filed, oiled, rasped, moisturised and – the best bit – massaged tenderly. While I let my macho worries about having a pedicure drain away with the tension, Amy tells me that the day spa has proven as much a hit with the locals as with those staying over on weekend or week-long getaways.

The day spa facility at Logan’s Beach Resort is a recent addition, opening in response to what owners Paul and Betty Stafford saw as a growing demand for feel-good accommodation add-ons. It was a trend they researched thoroughly with visits to spas across Australia and New Zealand. Tough job.

“We began with the basic treatments,” say the Staffords. “Facials, remedial massages, hydrotherapy . . . and we’re now looking to extend our natural elements-themed therapies.”

And so, led by Logan’s, Warrnambool now places itself on the Victorian day spa map along with old favourites Daylesford and Hepburn Springs and new contenders such as Warburton in the Yarra Valley.

As I contemplate what to do with the remainder of my weekend, Amy signals with a gentle tap that my pedicure is over. I can’t help but ask how much a luxury massage chair with built-in foot spa costs. Visions of a more permanent, personal, in-house arrangement are dashed by her expensive answer. But it’s only a brief disturbance from floating on two size-ten cloud nines as I realise it’s much cheaper to just keep coming back to Warrnambool for my fix of pedicure promiscuity. 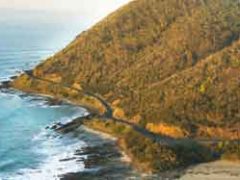 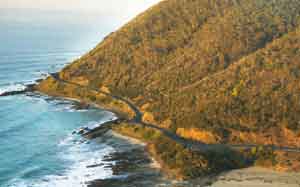 The Great Ocean Roads - No.1 of the Great Drives of Australia (more…)...