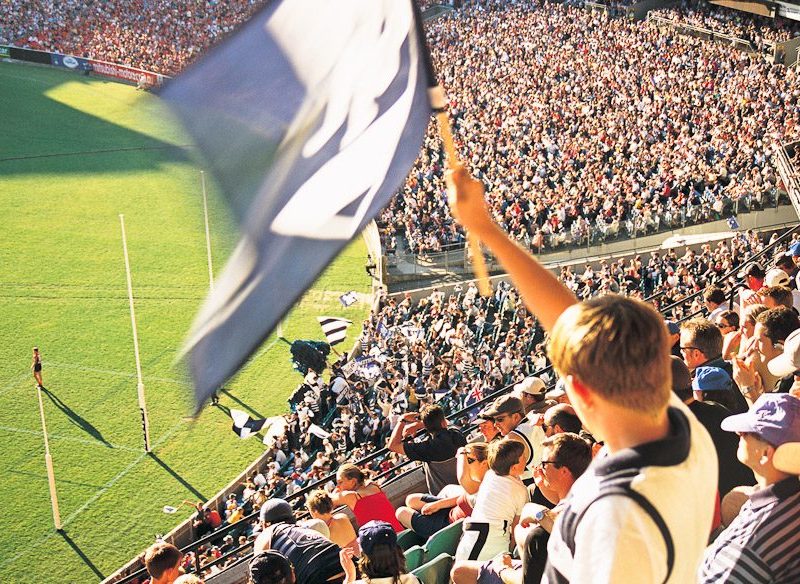 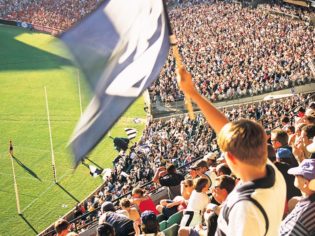 Australia’s greatest sporting temple, in Australia’s most sports-mad city, every seat on every tier full, and it’s game on – it’s an experience you simply have to have. (And once you’ve had it, you tend to want to repeat the dose.)

To most Australians it doesn’t seem the slightest bit odd that a stadium dubbed the Melbourne Cricket Ground should be the home of Australian Rules football. Cricket these days rarely fills the MCG, so large is its capacity (nearly 100,000) – although pretty much every ticket is sold for the Boxing Day Test every year.

“This really is the beating heart of sport in Australia.”
– Johanna Griggs

Two AFL games, however, you can bank on selling out the ground annually: the AFL Grand Final (reputed to be hardest sporting ticket in the country to obtain), and the Anzac Day blockbuster between Essendon and Collingwood. But many other games get 70,000 to 80,000 punters rolling up, and these in their own right are something to behold.

Despite being at the centre of the Commonwealth Games this year, the MCG crowd record won’t be threatened: 121,696, for the 1970 VFL final when Carlton came back from 44 points down at halftime to beat Collingwood.

Did you know?
The MCG sits on the site of what’s popularly considered to be the first ever match of AFL footy, between Scotch College and Melbourne Grammar in 1858.

How to get there
There are frequent daily flights to Melbourne from all major cities in Australia.

The MCG is located on Brunton Avenue in Yarra Park, which is serviced by buses, trains and trams.

Best time to go
AFL Grand Final day (usually at the end of September) and/or Boxing Day for the annual cricket Test Match.