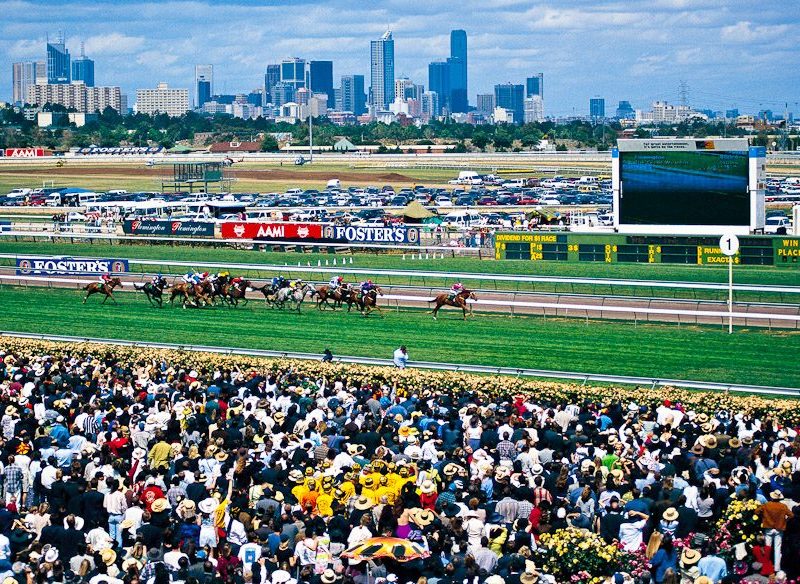 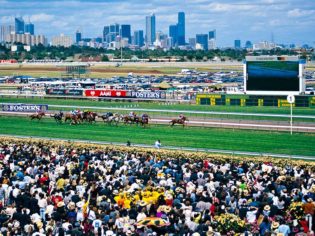 We’ve nearly all had a flutter on the Melbourne Cup, held at Flemington each year. But have you had a flutter on the Melbourne Cup at Flemington? Dressed to the nines, champagne flute in one hand, ticket gripped firmly in the other as 24 horses race towards the finishing line on the first Tuesday of November – it’s simply, without question, the place to be at least once in your life.

Of course, you’ll need to get to Melbourne a few days earlier to organise hats, gloves, handbags, suits, shoes, more shoes and so forth. Melbourne is seized by a fashion frenzy during the Cup Carnival, with at least one source claiming racegoers splurged on 47,960 hats prior to the event. (Where do they get these figures from?)

“No matter how much I try to restrain myself, each year I end up placing a few sneaky wagers on the Big One. I figure it’d be un-Australian not to . . .”
– Johanna Griggs

Did you know?
The most wins by a trainer at the Melbourne Cup is a whopping 11, by a gent called James Bartholomew Cummings, otherwise know as Bart. His first victory was with Light Fingers in 1965. In 1999, Rogan Josh did him proud. Bart also trained Kingston Rule, which achieved the fastest ever Cup run in 1990.

How to get there
There are frequent daily flights to Melbourne from all major cities in Australia.

The No. 57 tram departs from the corner of Elizabeth and Flinders St. Trams stop at Flemington Drive off Epsom Road.

City River Cruises operates ferry services from the city centre to Flemington along the Maribyrnong River.