Chocoholics (Not So) Anonymous 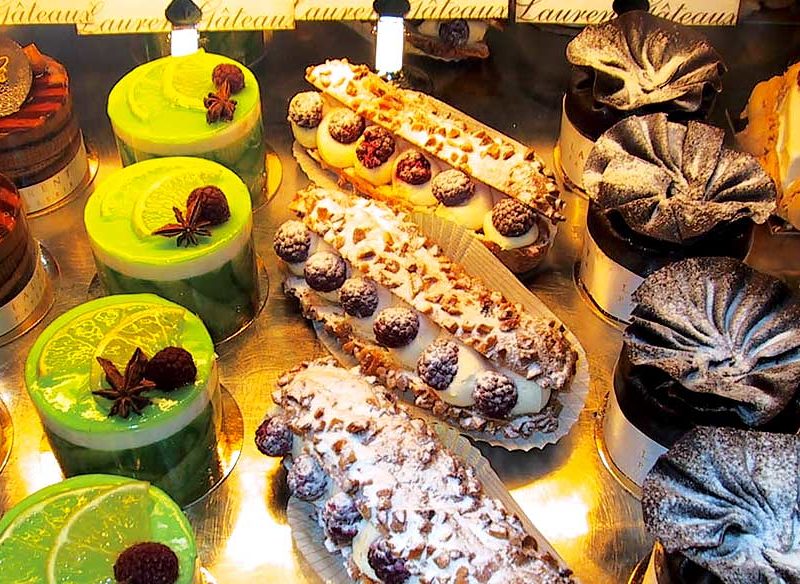 If your interest in all things cocoa runs any deeper than the odd guilty Cherry Ripe on special occasions, there’s a series of tours in Melbourne that urge you to walk this way . . . By Christine Salins

“Hi! I can’t come to the phone because I’m eating chocolate,” says the chirpy voice on the answering machine when I call Suzie Wharton about her Chocolate Walking Tours of Melbourne.

When Wharton has had her fill and returns my call, she gently allays my fears that only the greedy would embark on a chocolate crawl. “There’s no need to feel guilty doing one of my tours,” says Wharton, who’s been conducting them for eight years, “because there’s walking in between.”

During our Saturday morning Chocoholic Brunch Walk, the impossibly thin Wharton, a self-confessed chocoholic, produces a cocoa pod preserved in formalin. It looks like a naked brain and everyone thinks it’s revolting, but she wants people to know how chocolate is made from the cocoa bean, so that they understand “it’s a crop, not something that miraculously appears on the shelves”.

At Laurent Patisserie, in Little Collins Street, the starting point of our tour, all sorts of goodies do indeed miraculously appear on the shelves. Cream-filled éclairs, little cakes with huge fans of chocolate on top . . . for a moment I’m transported to Paris where shops like this grace every street corner. In Melbourne, it’s a treat to be drinking hot chocolate and nibbling on petit fours in such elegant surrounds.

There are three tours to choose from, each taking around two hours and guaranteeing generous tastings. On the Chocolate Indulgence Walk, all-new glucose levels can be attained at New Zealand Natural Ice Cream, the Koko Black chocolate salon and the Tisane Lounge at the Sheraton Towers Hotel Southgate. On the Chocolate and Other Desserts Walk, the tastings start at Charmaine’s Ice Cream before moving on to afternoon tea and a behind-the-scenes tour of the pastry kitchen at the Grand Hyatt.

The walk I’ve chosen was once a Coffee and Chocolate tour, but, according to Wharton, “the chocoholics got scared of thinking they had to drink coffee”. So here I am, sipping on Laurent’s hot chocolate and nibbling a chocolate macaroon.

Wharton produces some samples, including Chocolatier products from Belgium and a dark chocolate called Mayan Gold with notes of cinnamon, nutmeg and orange. Just under an hour later – the time depends on the extent to which Wharton gets “carried away” – we’re led off through the arcades and side alleys in search of more treats, learning interesting snippets about the city’s history along the way. I love these charming little backstreets, and even the drizzling rain doesn’t put me off. It makes the city feel even more European in character.

The historic Block Arcade could not be a more fitting location for Haigh’s Chocolates, our next stop. The oldest family owned chocolate manufacturer in Australia, it’s been going strong for around 90 years. Then we’re off up Collins Street with its pricey boutiques and heritage buildings. Wharton knows these streets well. She established her company, Talkabout Tours, after studying recreation marketing as a mature-age student. A couple of years ago, she produced a book called Spoil Yourself. A Chocoholic Guide to Melbourne.

We end up at the Caffe Mediterraneum, tucked away in the Manchester Unity Building, the city’s tallest when it was completed in 1932. Its distinctive Gothic towers soar skyward, while inside art deco motifs adorn the walls. We munch on chocolate muffins while the greediest among us have another hot chocolate. Well, Wharton did tell us not to feel guilty. She takes a maximum of 24 on each tour and says they’re usually very diverse groups:

“Being a chocoholic covers all ages.”

The folk on my tour relax and chat a bit, and Wharton brings out a book detailing the history of the arcade. On the last page, an ad for Newman’s chocolate, priced at eight shillings, is reproduced. Wharton is tickled pink. “It’s as if someone knew the chocolate walks were coming,” she says.