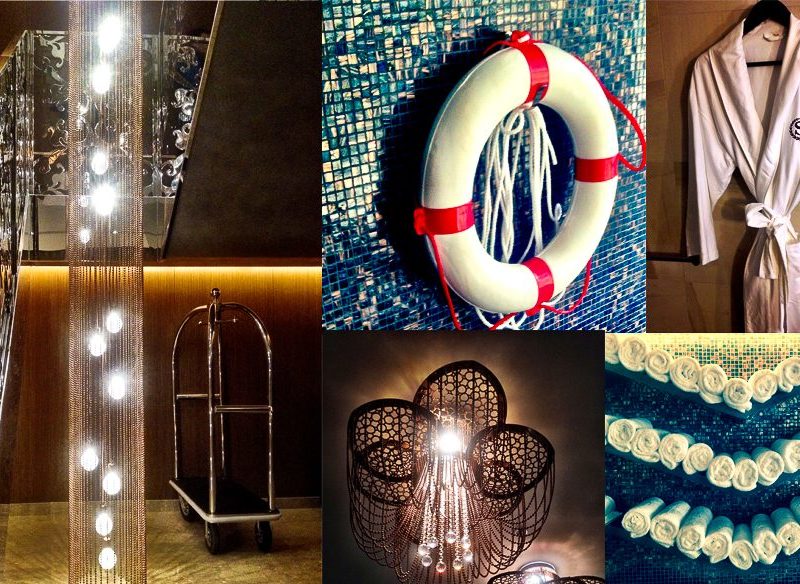 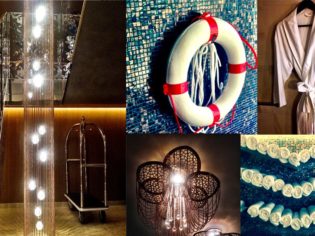 Trying too hard, not trying enough… There aren’t many boutique hotels that perfect the balance. Sheridan Wright visits, Sheraton Melbourne, a new favourite that promises to do just that

Melbourne has always been better known for boutique than brand – so the inclusion of a ‘big name’ hotel in its famous laneways was never going to be easy.

Yet this is precisely what the new Sheraton, on the CBD’s Little Collins Street, has attempted, from a location virtually on top of local (and tourist) favourite, Meyers Place. You can almost hear the clink of ice in each well-made negroni from the concierge desk.

On entrance, you would be forgiven for assuming this is just like any other Sheraton. There are the well (if conservatively) dressed staff, the clean and crisp lines; the ‘nothing overdone’ décor. Closer inspection, however, suggests that the style, form and quirk factor of this location has not been ignored: feature lighting throws patterns from the ceiling, while intricate fleur-de-lis-inspired metal detailing on the stairs leads from the ground level upwards. Well played, Sheraton!

In typical Sheraton style, check-in (located unconventionally on Level 1) is bathed in natural light from wide glass panes behind the bistro. The overall effect is fresh and clean – a little like the staff members who are a touch slow off the mark (teething problems, perhaps?) yet are so cheerful and helpful that forgiveness is irremissible. Then there’s the fact that, despite having only booked a basic room, we’re directed to the 14th floor – a little confusing given the meagre price we’ve paid for the privilege of staying on what is traditionally the penthouse level, although not a gift horse I’m about to inspect the mouth of.

Sheraton rooms tend to be the parsley of the hotel world – pretty to look at and tasteful enough, without causing any offence – and in this, the hotel chain has not detoured from protocol. Our room – adequately sized and tastefully finished in dark wood, silver and taupe – is sophisticated enough to please interstate and international visitors, although Melburnites who’ve come to love the individualism of localised offerings (The Cullen, I’m looking at you) might feel that their home town isn’t as well represented here as it could be.

Then again, you don’t come to the Sheraton without expecting the standardised Sheraton aesthetic – and of this, there are upsides. Like the famous pillow-top Sheraton bed. It’s a bed so comfortable you can organise for one of your very own to be delivered to your home, and after a night here, it’s a tempting (if expensive) thought. For who wouldn’t want to sleep on a bed that feels like an eight-hour hug?

The bathroom is almost as big as the bedroom itself, and twice as appealing. Natural light flows into a deep, contoured bathtub and rain shower, flattering your vanity in the large mirror. It is thus a shame that the offered toiletries are nothing in quality, design or volume that you wouldn’t find at a more budget hotel – where is the organic, the exclusive brand, the five-star here?

Musing this over calls for a saunter down to Level 3, which in itself reveals an interesting conundrum: head out into the sunshine for a tipple in the outdoor Terrace Bar, or grit your teeth and stick with your commitment to the spa, health centre and pool? Admittedly the 20-metre, two-lane lap pool is something of a haven itself, stocked with mountains of fresh towels and flooded with (you guessed it) natural light. Even if you’re not much of a swimmer it’s worth a wander in here just to make for the steam room, which is big enough to seat a small convention.

Be warned, however, that there is every chance after a swim and a steam that intentions of dinner and drinks will be swiftly thrown out the window, along with any lofty ambitions of walking around the corner for a visit to the Archibald-winning portrait of Heath Ledger at La Chinesca (though take it from a local – it’s worth doing). If that’s the case, don’t fear, the Terrace Bar is equipped with cushy chairs to collapse into, cosy gas fireplaces to keep you warm and is open and airy enough to become somewhere even locals would happily spend an afternoon in the winter’s sun.

Indeed it’s here that perhaps best illustrates the balancing act this Sheraton keeps, between hotel and locale: among potted feature plants, white umbrellas and a drinks list mixing high-end international wines and spirits with local heroes, is the sweet spot they’ve been looking for, between five-star classicism and Melbourne charm.

Even if you overdo it with the Barossa reds, the 11am check-out means a decent sleep in before you’re forced to leave. Sheraton Melbourne, you’ve won us over.

The verdict: You’d be happy to pay these prices for the location alone, but in a hotel where the light is flattering, the beds are great and the wine list well-chosen, there’s every chance you won’t feel the need to step outside at all.

We rated: The location, the natural light throughout and the great little Terrace Bar.

We hated: The less-than-luxe toiletries, and the fact you can hear your neighbour’s doorbell when they get room service.

Notes: Prices start at $260; more than comparably worth it.