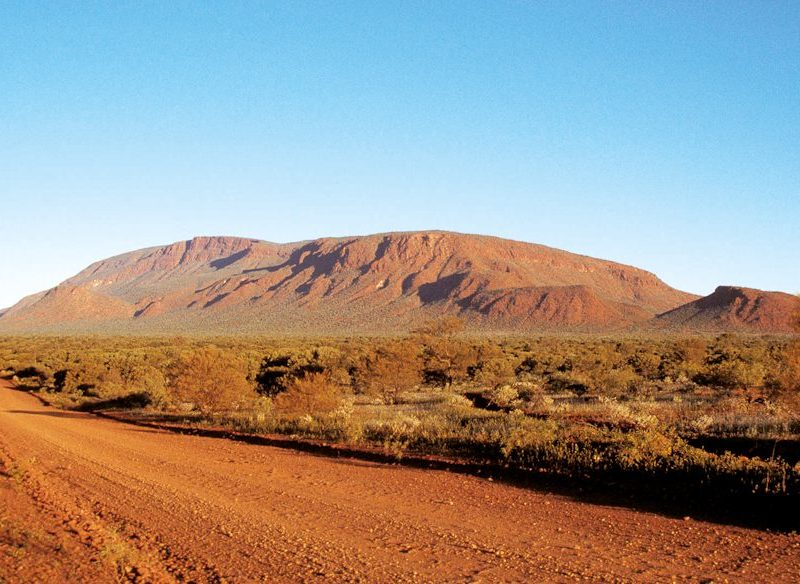 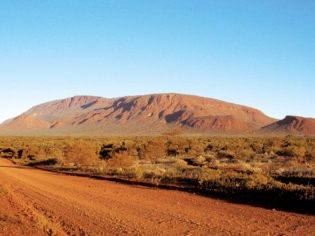 Over twice the size of Uluru, WA’s Mt Augustus is one of Australia’s great unknown (and huge) sandstone rock formations, number 69 on Australian Traveller’s ‘100 amazing places you haven’t been to yet‘. Nominated by: Frances Jones, owner of Wooleen Station.

It’s hard to keep something two-and-a-half times the size of Uluru a secret, but ask your friends about Mt Augustus and you can bet that most of them will have no idea that this gigantic lump of sandstone in the mid-west of WA – around 850 kilometres north of Perth and 490 kilometres by road east of Carnarvon – is the world’s biggest rock.

That is, if they have even heard of it all. It’s just one of several unsung natural treasures of the Gascoyne-Murchison region, according to Frances Jones, owner of the 100-hectare cattle station Wooleen in the heart of the region, which welcomes guests in the historic homestead (from $399 a night) or in one of four camping areas (from $25 a night).

“Mt Augustus is known locally as ‘Burringurrah’,” explains Jones. “Burringurrah was a boy who escaped the demands of his tribal initiation, only to face the ensuing fury of his tribesmen who speared him to death.”

“If you look at the rock closely, the Wadjari people describe its appearance as a boy curled up on his belly. It’s quite a spiritual place and because it flies under the tourist radar, most of the time you’ll be sharing this breathtaking place with very few other people.”

According to Jones the best spot to snap a holiday pic of the rock is Emu Hill Lookout. “It can be hard to fit it all in a camera lens at once,” she laughs. “When it rains, water pours off its steep sides and fills local pools. If you visit in July and August after good winter rains the landscape is also alive with a multitude of wildflowers and Mt Augustus is best known for carpets of purple mulla mulla.”

Despite being located along the ‘Kingsford Smith Mail Run’ tourist drive, which takes people from the coastal town of Carnarvon to Meekatharra, it’s not unusual to have the place to yourself, says Jones, who reckons the Gascoyne–Murchison region is ideal for a roadtrip holiday.

“Head up through the Murchison Settlement (past Wooleen) following the ‘Wool Wagon Pathway’, visit the rock and head back to Perth via the Great Northern Highway through all the historic gold mining towns – Cue, Mount Magnet and Paynes Find.”