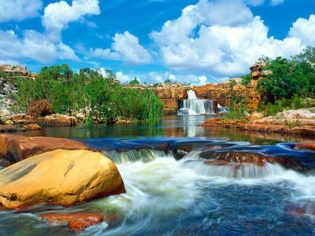 An Australian Traveller Magazine Exclusive — legendary landscape photographer Ken Duncan shoots the Kimberleys in northwest WA. Dubbed Australia’s Panoramic Prince, the legendary Ken Duncan is an international pioneer of landscape photography. Although his work has taken him all the way to the glitzy streets of Hollywood, the remote Kimberley remains his favourite region. It’s easy to see why.