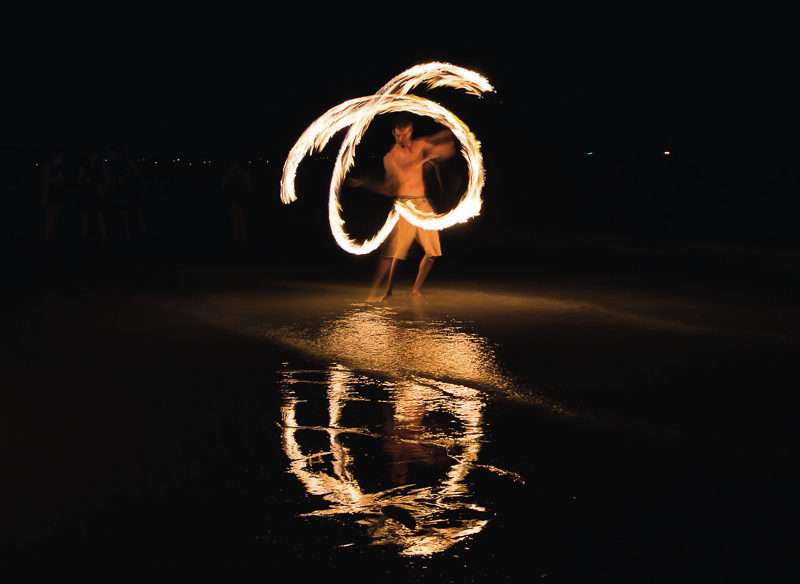 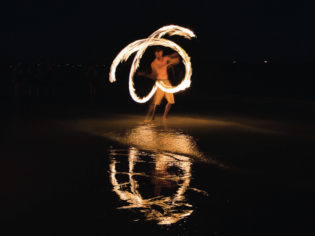 Fire dancing, just one of the amazing things you'll see

A celebration of Broome’s foundation as a world-renowned producer of South Sea Pearls, Shinju Matsuri is a carnival of colours, flavours and sounds, and a beautiful microcosm of the multiculturalism that has helped define Broome for more than a century.

The event itself represents a blend of cultures, too, having originated from three separate festivals: Japanese Obon Matsuri, Malaysian Hari Merdeka, and the Chinese Hang Seng.

Program highlights include the Floating Lantern Matsuri (September 8), a unique and unforgettable experience focusing on reflection, recognition and remembrance. Launch your especially created lantern into the outgoing tide and feel the repose as you tributes float off into the famed Broome sunset.

The tranquillity continues the following evening with the Sunset Long Table Dinner, a delicious multi-course feast held on the iconic sands of Cable Beach as the sun dips below the horizon. The dinner is in only its third year, but is already one of the festival’s most popular events with tickets selling out fast in 2016.

Global demand for pearls – originally the shells and later the jewel itself – from the late 1800s drove Japanese, Chinese, Filipinos, Malays, Indonesians and Europeans to the region hoping to enjoy a slice of the prosperity. They joined the local Aboriginal people working in the harsh but lucrative industry.

Such multiculturalism was unique at the time and the resulting harmony laid the foundations for the friendly, laid-back atmosphere you’ll find in Broome today.

The calming ocean of Broome.