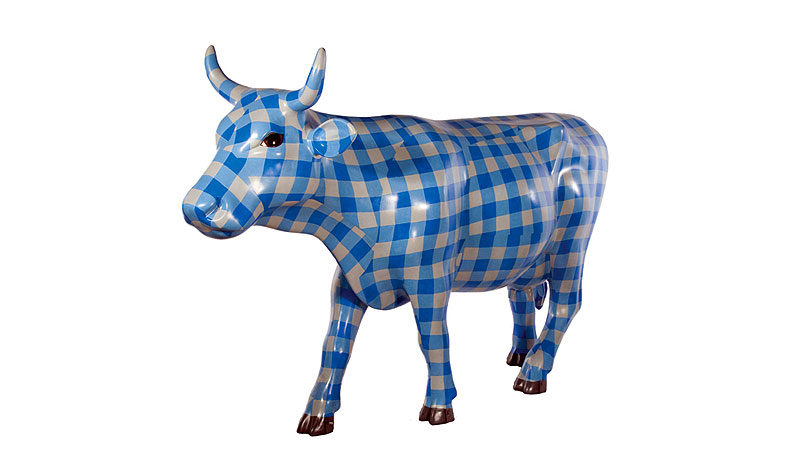 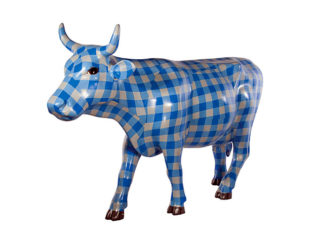 Four decades before the first vineyard, Vasse Felix, was established in 1967 by Dr Tom Cullen, soldier settlers from Britain had been enticed to escape post-WW1 ravaged Britain and come to this fertile and far-flung corner of Australia to help establish a fledgling dairy industry in the South West.
That dairy heritage still lingers, with local centre Cowaramup known colloquially as “Cow Town”. The lifeblood of the community for decades, dairy and beef are still integral to the district’s reputation for local gourmet produce; including artisan cheeses, yoghurts and ice cream and highly prized Wagyu beef. Herds of gently grazing cows can be seen throughout the region, dotted between the many world class wineries, restaurants, caves, lighthouses and surfing hotspots which abound in the area.
Joining them in March will be 85 fabulously painted and decorated fibreglass cow sculptures, when Margaret River stages the world’s most famous free public art event – CowParade. This iconic event has been presented in over 70 cities around the world in the past decade, including Paris, Tokyo, London and New York, and over that period has been viewed and captured the imagination of more than 100 million people.
The brainchild of Swiss artistic director Walter Knapp, who staged a cow sculpture exhibition in Zurich in 1998, the event was launched in the US by American entrepreneur Jerry Elbaum, who held the first CowParade in Chicago in 1999, thus starting the global CowParade phenomenon. In addition to providing a fun event for all ages, it has raised over $25 million for charity through the auction of the cows, which is held at the conclusion of each event.
CowParade has attracted quite a celebrity following with Vivienne Westwood, the Rolling Stones’ Ronnie Wood, and Christian Lacroix all designing cows for the event. Stars Oprah Winfrey and Elton John have purchased their own cows, which can vary in price from very affordable to the extravagant, like John Rocha’s $146,000 Waterford Chrystal design.
Located three hours drive from Perth between two coastal capes, the Margaret River region spans from Geographe Bay in the north, to Augusta in the south. Vibrant towns and quaint hamlets fall within this area, along with a spectacular coastline and a pretty, vine-studded hinterland fringed with karri forest and limestone caves. Beautiful and diverse, it offers over 100 cellar doors, five breweries, dozens of galleries, boutique stores, gourmet food producers, cafes and restaurants, stunning beaches and scenery and a great range of accommodation.
Once the artists have transformed their life sized fibreglass cows into works of art, they will be “put out to pasture” at iconic attractions and public spaces around Augusta-Margaret River from March to June, turning the region into a giant outdoor art gallery.
According to US-based CowParade Vice President Ron Fox, while people may have seen painted cows overseas in busy capital cities like Madrid and London, this is the first time they will be spread out over such a huge geographical area. Fox is very excited about the  and can’t think of a more beautiful pasture for a herd of life-sized, painted cows.
Acclaimed Western Australian artist Robert Juniper has named his cow Acer the Friesian, because the cow’s distinctive black markings mimic the ace of spades. “Friesians are a bit like zebras – no two beasts are the same, and each hide is a wonderful natural work of art.” He is utilising black and white pigments derived from the mineral sands of the south-west, particularly Augusta, a favourite holiday spot.
WA sculptor and artist Len Zuks is another keen participant.  A regular exhibitor at the Beijing Biennale, his large fabricated steel sculptures can be seen at sites across metropolitan and regional WA.
With nearly 80 artists creating 85 amazing cow sculptures, the event is shaping up to be a great success, eclipsing in scale a number of overseas CowParades. Even Sydney-based iconic artist Ken Done is in on the act, creating a “Sunrise” cow with television presenter, and former south-west native, Natalie Barr.
If you want to be part of the action visit CowParade Margaret River (Feb 27 – June 27), or find out more at www.margaretriver.com 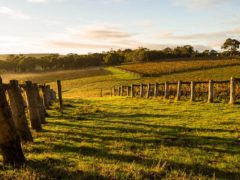 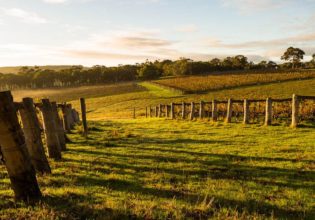