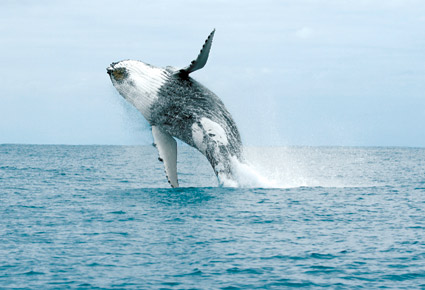 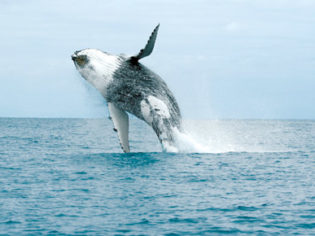 A piece on whale-watching during whale migration season at Eagle Bay, southwest WA

Travis Cranley gets an eagle’s eye view of a pod of watery behemoths on their way down WA’s southwest coast.

In truth, Eagle Bay hardly needed the whales. It already had everything else: one of the best stretches of beach and calm blue water on WA’s southwest coast, easy access to surf breaks and wineries, and a community of holiday homes and accommodation that doesn’t seem to upset the locals (too) much. Winters were wood fires and long walks. Summers were morning swims, easy days and salmon-pink sunsets. Then the whales started coming and everything got even better.

Now, at various times of the year, there are tourists on the land and in the water. The tourists on dry earth can’t get enough of their wetter counterparts as pods of humpback, southern right and blue whales make their migratory journey up and down the west coast from the Southern Ocean to warm breeding waters in the Tropics.

Usually, the whales are seen travelling north up the WA coast from February to May, and south from August to December. Eagle Bay isn’t the only place to enjoy the whales – there are now regular whale sightings all along the WA coast, with whale-watching businesses springing up from Albany to Exmouth.

The increased number of migratory whales each year is reason for celebration among marine biology experts such as Chris Burton of Western Whale Research. Where once whales were hunted in mass numbers off the southwest of WA, now the giant creatures are again providing industry for residents of the southwest – but this time as a marvellous curiosity to scores of admiring observers.

Cindy Evans, a volunteer whale watcher who lives near Eagle Bay, says the whales certainly put on a show. She brings family and friends down to check out the action. “The whales can get so active that some days you’d swear they’ve put something in the water,” she says. “I was out last week and at one point there was a pod on my right breaching, another pod straight ahead of me playing around a small fishing boat, and another one on my right doing roll-overs, tail slaps, the lot.”

Evans says one of the best vantage points is from the rocks at Point Picquet in Meelup Regional Park, located between Dunsborough and Eagle Bay. “Even if you don’t see a whale it’s just a gorgeous place to be,” she says.

A local boat now takes people out for a closer look at the whales. While the skipper tries to maintain a respectful distance, it’s often the whales that sneak in to snoop at the strange creatures they find themselves around.

*For more info on Chris Burton and Western Whale Research, check out http://souwest.org/research/western-whale-research/. 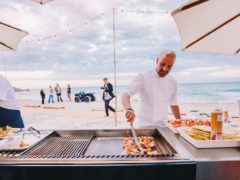 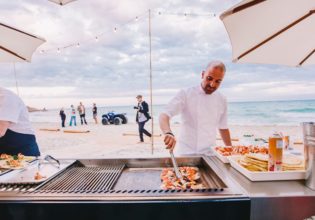