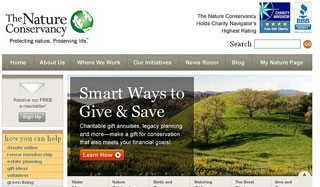 The $5000 prize will be offered every second year to an Australian non-fiction writer, a prize that was made possible courtesy of a generous donation from The McLean Foundation, which is keen to promote and celebrate the literature of nature in Australia.

“In our time, people stand more out of harmony with the earth than ever before,” said Barry Lopez in the lead-up to the announcement. “Intimacy with the land, which has been the source of the wisdom of all the ages, is a failing practice, a language falling into disuse.”

Mark Tredinnick added that the genre of nature writing in Australia is a new tradition, and that it “is prose, mostly nonfiction, mostly lyric, written in the first person, preoccupied with what, in Australia, we might best call country. Nature writing is to writing what landscape painting is to painting. Nature writing isn’t merely writing about nature; it’s writing from nature’s point of view. In every sentence she writes, no matter what it’s about, the nature writer recalls the earth, the biotic reality of every human gesture.”

For entry forms and terms and conditions for the literary prize itself, email Australia@tnc.org. The entry closing date is 30 September 2010.