Beach Polo in Broome, a first and only 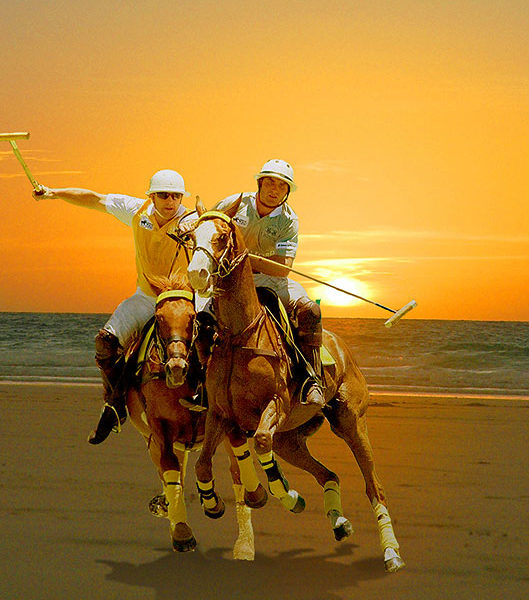 This May you’ll see horses instead of camels on Cable Beach in northwest WA, when famous pearl company Paspaley hosts the first and only beach polo event in Australia. By Anna Hager
You’ll get to experience the thrill of Australia’s top professional polo players battling it out for the Paspaley Cup on the stunning sands of this famous beach.

“Beach polo tournaments are rare, because they require a specific mix of sand consistency, tidal considerations and beach gradient.”

The event has been brought to life by Marilynne Paspaley, founder of Pinctada Hotels & Resorts, and Janek Gazecki of Polo Enterprises Australia.

The modern form of polo more than likely comes from Manipur in India, where the English picked it up and from where it was eventually spread to the West in the 19th century. It’s become quite a popular game and it makes sense that we play it on the beach, we are after all in Australia.

But, Cable Beach, amongst very few other locations like Miami, Poole and Dubai, has got it all and that at the backdrop of the incredibly stunning Kimberley coast.

With its pristine azure blue waters, clean white sands and the contrasting red pindan soil, which is so distinctive to the area, you’re bound to enjoy a one of a kind spectacle.

“It’s the perfect location to stage this unique sporting spectacle, which will see our top polo players, headed by Australian captain Glen Gilmore, in action on the Kimberley sand,” Gazecki says.

The event, which will be held on May 23, 2010, will be free for the public to enjoy on the spectacular expanse of Cable Beach.