One fine day in Cowaramup 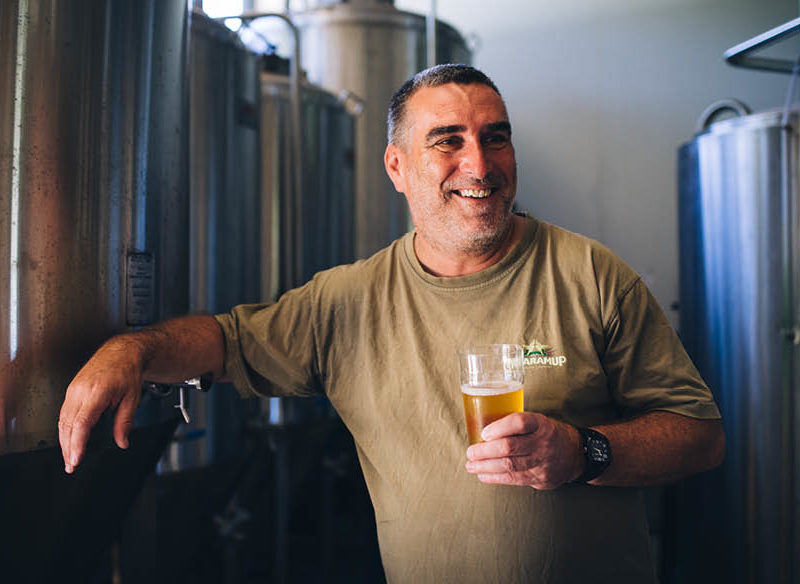 Let a local show you around Cowaramup for an insider’s guide to all its best bits.

Claire Parker and Jeremy Good recognised the potential for a craft brewery to flourish in Cowaramup, Western Australia. The small Margaret River town has been their home since they opened the Cowaramup Brewing Company over a decade ago. Its 800-litre brewhouse (where they make six handcrafted ales and lagers), bar and restaurant complements the region’s already diverse offerings.

9am: A yummy breakfast

Start your day at the Black Sheep Deli, on the main street, with corned beef hash served with poached eggs and spinach, a coffee or Red Sheep juice (beetroot, berries, ginger and red apple).

10am: Cycle the old rail line

Hire a bike from the Golden Jersey service station. A short cycle via Pioneer Park, home to the Cow on the Stick, leads to a bush track that used to house the old railway line, the Wadandi Track. Formerly known as the ‘Rails to Trails’, it winds through some of the most beautiful bush, farmland and vineyards in the Margaret River region.

12pm: Lunch at the brewery

Head five minutes out of town to Cowaramup Brewing Company to experience a tour of our brewery and learn about the brewing process. The tour starts with a wander through the hop garden followed by a private tour of the brewhouse. After, enjoy a tasting of each of the six beers brewed onsite matched with a delicious menu.

2pm: Take in the historic town

Start at the Settlers Ridge Organic wines cellar door on the main street before checking out THE Clarity Tribe’s organic wellness products. Continue to Saharan Daze, a Moroccan concept store, before checking out Moon haven’s soaps and lotions. Walk next door to the Candy Cow sweet shop – a must, especially if you have kids in tow – then visit MuKau Giftware & Gallery for unique gifts and art.

A visit to Cowaramup isn’t complete without a trip out to Cowaramup Bay (Gracetown). Famous for its world-class surf breaks, there’s also an easily accessible swimming beach suitable for families with small children.

Head back into town for some well-deserved pampering at Cowara Wellbeing Centre.

Choose between the Cowtown Classic Cafe or the recently opened Bakehouse ’38 for dinner; both restaurants offer delicious menus.Bedtime: Rest your head
Stay at The Noble Grape, a cosy boutique guesthouse far enough from its famous neighbour, Margaret River to ensure a quiet and relaxing haven away from the busy tourist centre.

Where exactly: In the south-west of Western Australia, three hours’ drive south of Perth.

Population: The most recent data released from 2011 was 1131 but the small town is experiencing significant growth, particularly in young families.

What’s it all about: Cowaramup is right in the heart of the Margaret River wine region, the closest town to a number of wineries including Vasse Felix, Howard Park and MadFish. It’s also near Cowaramup Bay, a popular swimming and surfing beach.

Why go: It’s a chance to explore a quirky small town that retains a uniquely rural feel, central to the internationally famous Margaret River region.