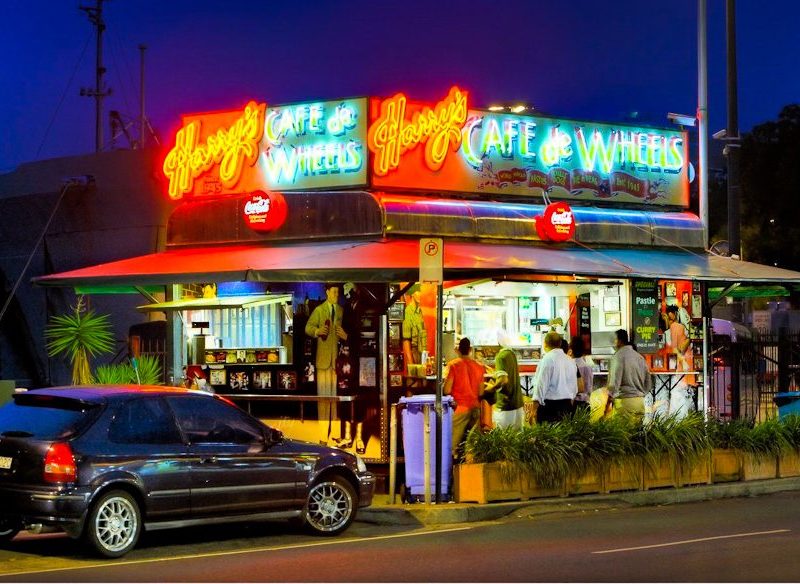 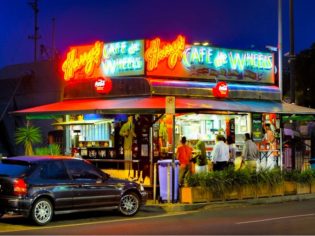 In 1938 Harry Edwards set up shop in a caravan near Woolloomooloo’s naval dockyard in east Sydney. Apart from a short break during WWII and a mobile home upgrade, pies and peas have been served straight from the window ever since.

Elton John even held a press conference from inside the famous van during the 1970s, so it’s practically hallowed ground.

In 1945 the original meals on wheels was officially named Harry’s Cafe de Wheels and a Sydney legend was born. Now part of the National Trust, the waterfront pie shop has served everyone from Frank Sinatra to KFC king Colonel Sanders.

Defying the odds by convincing Hollywood heavyweights like Pamela Anderson, Marlene Dietrich and Brook Shields to eat a carbohydrate, Harry’s certainly deserves to go down in history.

Elton John even held a press conference from inside the famous van during the 1970s, so it’s practically hallowed ground.

With more locations popping up, Harry’s has Sydney’s pie-scene covered – but plopping down on the wharf at Woolloomooloo is still the best way to experience this gourmet delight.

Top the slightly spiced pastry and lean beef pie with a dollop of bright green mashie pea and you’re good to go.

Did you know: The cafe’s signature dish, Harry’s Tiger, is a beef pie with mashie peas, mashed potato and gravy, and is named after Harry Edwards himself, who was given the nickname Tiger in WWII because of his pugilistic skills.