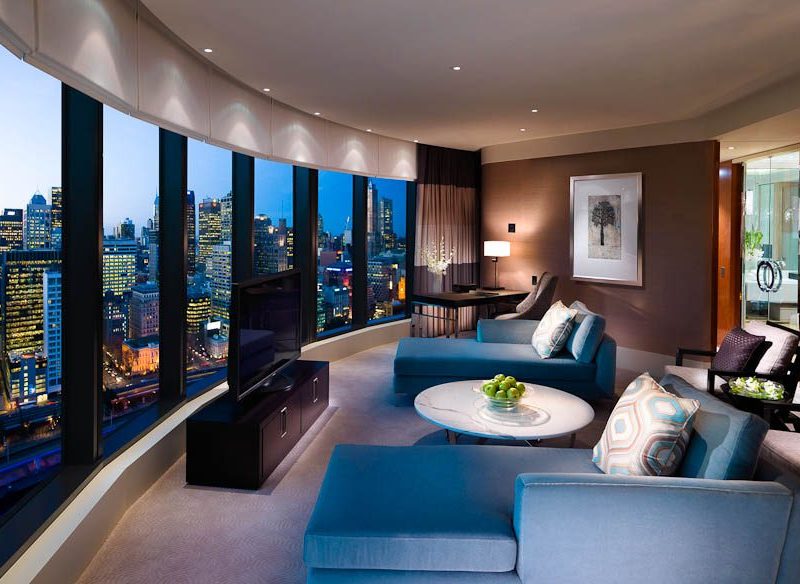 Along with our recently reviewed Melbourne’s Sofitel, there are only a few truly European-flavoured five-star hotels in Australia. Here are our pick:

Although best known for its front-row seat to Sydney Harbour’s iconic trifecta, the bridge, the house and the fun park, the Park Hyatt isn’t just about location.

Voted as the top city hotel in Australia, New Zealand and the South Pacific by US magazine Travel + Leisure four years running, The Langham must be doing something right.

With deep soaking baths, top-notch service and panoramic skyline views, as one reader claimed “it is pure heaven”.

The name resonates with luxury-seekers worldwide, and its Sydney outpost at Circular Quay has an envious location in the heart of the city.

It also boasts a holistic spa, elegant dining and in-room delights like thick bathrobes, oversized beds and some of the best views of the harbour.

On the banks of the Brisbane River stands this Queensland icon.

Each of the guest rooms at Stamford Plaza has been lavishly appointed in timber furnishings and muted tones, with mod-cons like a flat-screen TV, on-demand movies, 24-hour concierge, and an extensive list of the hotel’s own high-tea options.