South to North: The Ghan 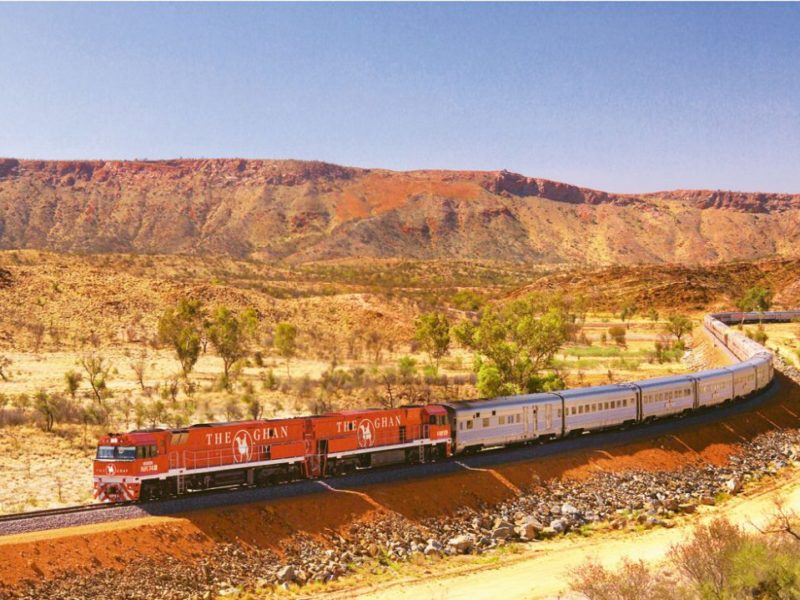 My trek north begins in Adelaide. What lies ahead? Two nights and three days to cover 2979km of track.

It’s a “relaxed” timetable, meaning a few hours are spent each night stopped in a siding, so those who can’t get used to the rocking can still catch a few hours of sleep. On this trip, The Ghan is 750m long – and a walk to the end is good exercise. In fact it’s almost essential given the amount of food dished up daily.

The Ghan’s name came from the early Afghan cameleers who blazed a permanent trail into the Red Centre of Australia more than 150 years ago. The original Ghan followed the route of explorer John MacDouall Stuart and went as far north as Alice Springs (then called Stuart). I’m happy to be taking the journey in a Platinum Service cabin.

That’s not a sleeper, that’s a bed. Platinum Service guests on the Ghan have a very big bed.

This journey has attracted a mix of Australian and international tourists – most of whom are glued to the windows looking for wildlife. Spotting kangaroos in the wild is No. 1 on their wish list. “We were told back home that kangaroos are pests and in plague proportions over here,” one disappointed Brit said. “We really expected to see them hopping down the streets.”

We see only a few roos (except the ones on the menu), one camel and a dingo on our trip. However, while the wildlife fails to impress, the scenery has the opposite effect.

All the passengers – including the Aussies – are mesmerised by the changing vistas. Saltbush and bluebush cover the ground as we leave the suburbs of Adelaide behind, cross the southern Flinders Ranges and venture into The Outback. 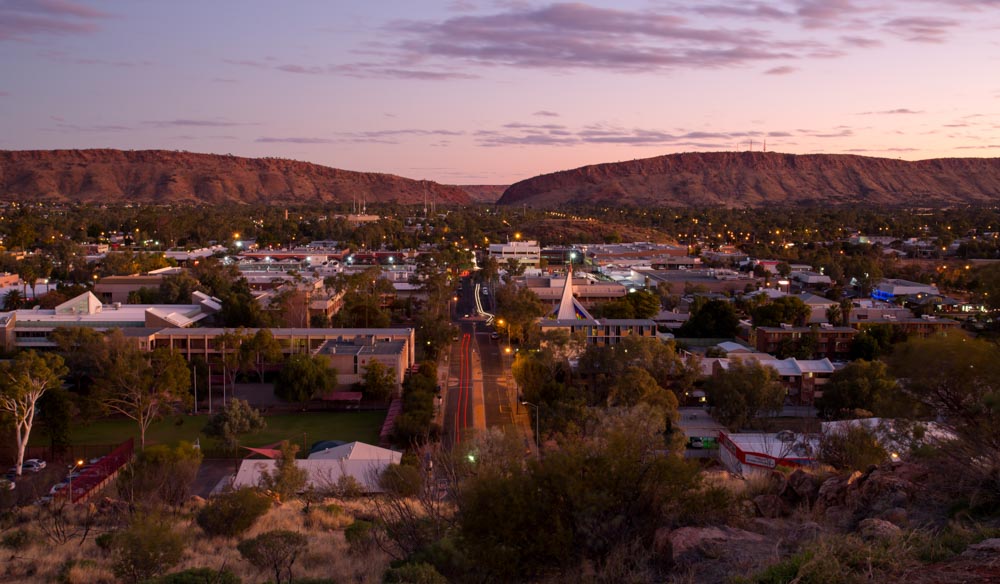 We pull into Alice Springs almost 24 hours after leaving Adelaide and it’s rather a grand entrance as the tall cliffs of the MacDonnell Ranges taper away, making room for the train, road and river to all pass through The Gap into the township.

With just three hours in Alice Springs, there’s no chance of visiting Uluru, 450km away, so we decide on the “Essential” whistlestop tour which takes in five of the town’s top attractions – the Reptile Centre, Telegraph Station (birthplace of the town), Royal Flying Doctor Service, National Pioneer Women’s Hall of Fame and Anzac Hill.

Back on board, the Queen Adelaide dining car is open for dinner. You can sit anywhere so you tend to meet new people with each meal. Germans, Swiss, Americans, Brits, Japanese and Aussies of all ages enjoy each other’s company. Talking to different people, hearing their stories – this is what travel is all about.

Despite popular myth, this is not a journey just for senior citizens. Further down the train, the Red Service seating-only carriages are full of backpackers – young and old – glued to laptops and portable DVD players, playing board games and quietly partying. While the travellers sacrifice a bed, the seats are wide and comfortable and the carriage is the quietest on the whole train. 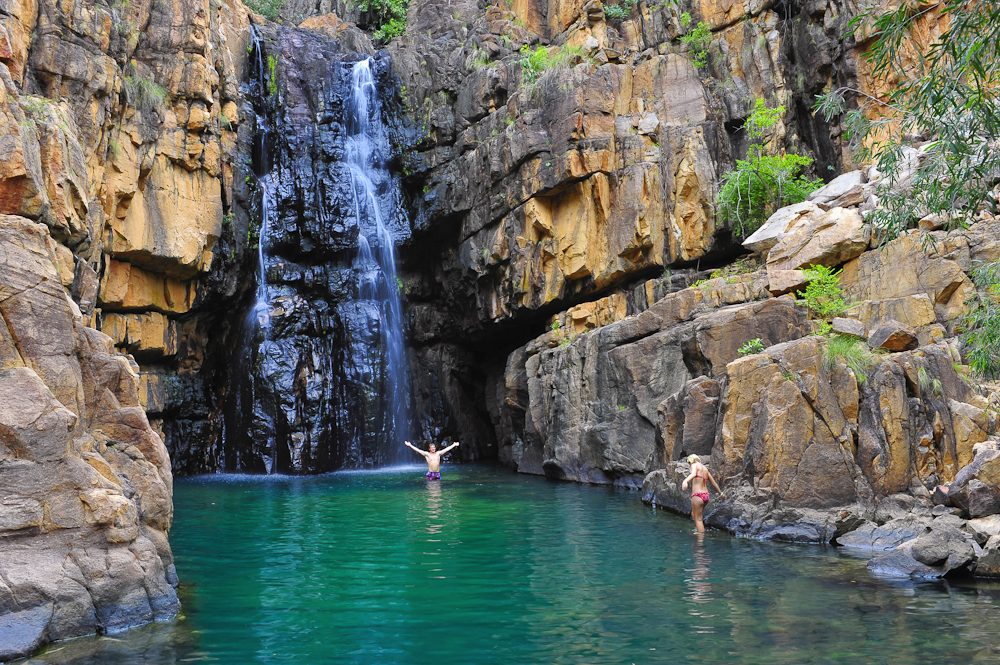 We wake to a different world – green and lush thanks to recent rains. Large ponds, covered with waterlilies, line the side of the track. The termite mounds that have dotted the landscape have grown in number and size.

It’s no wonder the old wooden track sleepers were ravaged and had to be replaced with the current concrete versions. At 9am the Ghan pulls into Katherine. The humidity hits as we hop off the train.

Just 30 minutes away by bus, the beautiful Katherine Gorge offers another whistlestop tour – the Nitmiluk First Gorge café cruise. We are surrounded by sheer cliffs, stunning waterfalls and tiny sandy beaches, used by the local freshwater crocodiles as nesting grounds. Our Indigenous guides give a special insight to the Aboriginal rock art – there are 450 art sites in the gorge, some, they estimate, up to 8000 years old. 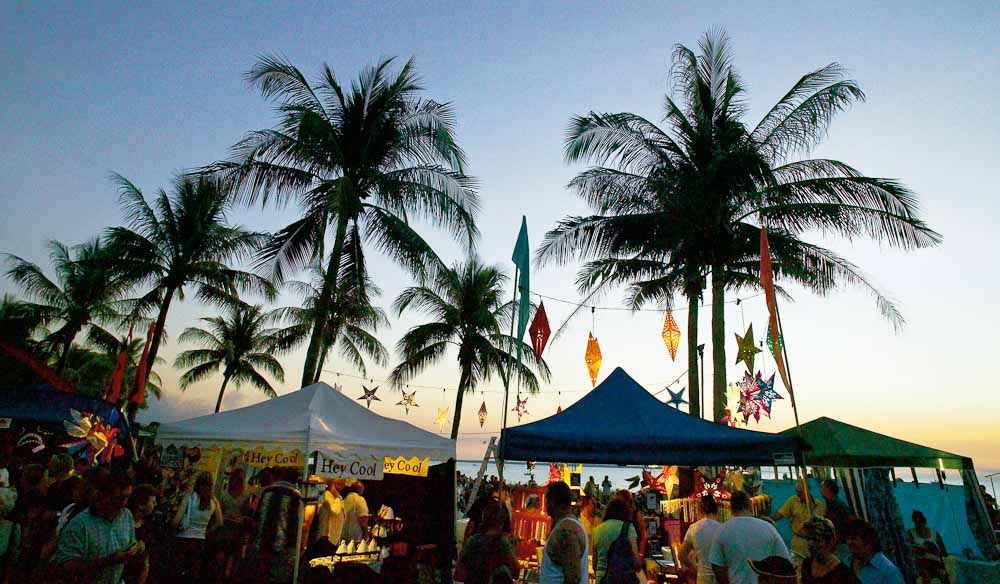 The most famous markets north of Brisbane, the Mindil Beach Markets, Darwin.

As The Ghan heads towards our final stop of Darwin, we all gather in the lounge car to farewell a new set of friends. For some, the trip has been epic, for others just a lot of fun. For me, Darwin signals the end of marking out my own Southern Cross, the five stars on the constellation cluster being Sydney, Perth, Adelaide and Darwin, with Alice Springs as the middle point.

While the route and destinations never change, The Ghan operates a single itinerary travelling north and a seasonal timetable travelling south. Check out the current Ghan timetable.

Fares differ based on class, check out the latest Ghan rates.