The Importance of First Impressions 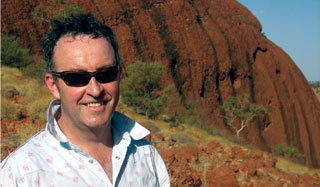 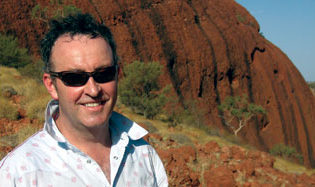 Chris Smith cops a family sized portion of poor service in the Hunter Valley, then checks out the Curse of the Carrington in the Blue Mountains.

A Crowne of thorns

I write with a frown. Why is it that so many prominent Australian holiday resorts fail to master the art of the first impression? And why is it that this initial abrupt contact is often indicative of the service to come? Maybe they’re just trying to be consistent. Prime example No.1: Crowne Plaza Hunter Valley. You’d think that, given how grown up this NSW wine and food district has become – and given the pedigree of the Crowne group – they couldn’t go wrong.

How’s this for a travelogue of disappointment? As our two families approach Pokolbin, there’s no harm in checking that the rooms we’ve booked are ready to go. Well, no harm if you’re happy to speak with a grump. My wife was given the familiar “Of course madam, no need to check” treatment. But, of course, they’d ballsed up the bookings. Even at the front counter the greeting was cold, as the staff freaked out during a brief flurry of multiple check-ins.

What was that again about first impressions? Two families, eight mouths to feed and we needed a dishwasher. Not in this three-bedroom villa, thank you very much. And if you don’t do your own washing up, they slap you with a $25 fee. There’s nothing more exhilarating on a long weekend than having to wash the dishes three times a day. How therapeutic.

When the kids wanted to watch some of their DVDs, there was no player to be found. Oh, unless you paid $25 a night for one they had to deliver. A babysitter for two hours would be more cost-effective.

As we sat outside our abode, soaking in the serenity of the lake, how about we play one of our favourite CDs? Sorry, they don’t supply CD players either.
A drink perhaps? The ice bucket we ordered for the champers was so small we could only jam in four ice cubes. Let’s give them the benefit of the doubt; it is a wine region – maybe they were just encouraging faster drinking.

And finally there was the famous kids’ club, which is more like a property in itself, equipped with every available imaginable activity. A fabulous redemption for parents keen for a wine tour. “Be there at 9am, no later,” we were told by the stern woman at the club, who must have attended the same customer service course as the others we ran into. I won’t go into the kids’ complaints about being yelled at.

The stern woman at the kids’ club must have attended the same customer service course as the others we ran into. I won’t go into the kids’ complaints about being yelled at.

Enough! We should have read the hint on approach. Not only does good and bad customer service start at the top, it also starts
at the front door. Lesson learned, frown lifted.

The Curse of the Carrington

The NSW Blue Mountains is as steeped in such fascinating history as it is physically majestic. And on the manmade front, there’s no more magical place, dripping with both these qualities, than the Carrington Hotel at Katoomba.

This once was Katoomba: part pub, part upmarket accommodation venue, home to western Sydney pioneers, and supplier of district power. After several famous fires over the past century, and numerous heritage refits, today the Carrington still oozes that Georgian charm. In the midst of winter, Santa’s sleigh bells echo across the valley as Christmas in July festivities carry on endlessly in the glorious dining room.

But this year, in one single month, drama engulfed the Carrington. Its resident ghosts were clearly restless. One would-be robber slipped on an icy verandah ledge as he tried to escape security, only to be fatally injured in the fall.

Days later those same ghosts, renowned firebugs, decided to haunt the old girl yet again. This time, with the help of a passionate Asian couple, the tea candles conspired. Windowsills are never a clever place to plant a candle, especially when long antique drapes hang from the rod above. In no time, their cosy romantic night in turned into a smoky, burning disaster. In sub-zero temperatures, fire officers forced everyone out, whether they had pyjamas on or not!

The fire was extinguished before it spread to any other room, but camping out in the car park at the Carrington was not what these guests had in mind. Nevertheless, make the trip, experience the charm – but beware those wintry ghosts, who have a very twisted sense of humour indeed.