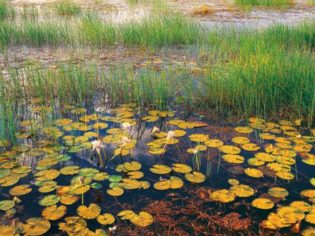 Ken Duncan has just released the fourth book in his Reflections series – the popularity of which is testament to the fact that people really do appreciate a stunning photograph and the hope it brings. But can photography be considered a true art form?

While at a function in Melbourne recently, I met a leading heart specialist who revealed to me the proof of something I’ve secretly always known. The specialist has for a long time had one of my big beach scenes on the wall in his rooms. Whenever he takes people’s blood pressure and finds it too high, he says: “I want you to close your eyes and imagine yourself on that beach.” He then takes their blood pressure again and finds – without exception – that every time, there is a massive drop.

I’ve always believed the beauty of nature has a wonderfully positive effect on us as humans – isn’t this an amazing scientific confirmation? The whole reason I take photographs is because I’m trying to capture that beauty, and give people an opportunity to contemplate life beyond the daily grind. In such a busy world, don’t we all need that? In fact, one of my favourite sayings is: “Never get so busy living that you forget to make a life.” The real art of photography is having the eye to see and capture that decisive moment that makes people stop, reflect, and appreciate the world around them. However, one of the challenges I’ve often come up against is trying to convince people that photography is a legitimate art form – a fight that is slowly being won.

I believe photography is the art form of the new generation. It’s becoming hugely popular because it’s so accessible to all, particularly in this digital age. Also, there’s a real honesty in photography that the new generation appreciates. I think the growing message being sent to the art world is that people are sick of being told what they should like and buy. They want something they can relate to – not, as I like to call it, “wally art”, which the art world often promotes. As much as the art world might like to contain photography in a little box, it’s never going to happen! Photography is all about light – and you will never be able to stop the sun from shining. Photography as an art form has risen, and it has a very bright future.

The whole reason I started galleries many years ago was to enable photographers to follow their passion and shoot what they wanted and to be able to make a living out of it at the same time by selling their work. I saw so many incredibly talented photographers who were shooting cars, bras and handlebars just so they could make a living from their gift. They weren’t happy – they really wanted to shoot other things they were passionate about – but they had to use their gift to pay the bills. I believed there had to be a way for photographers to make a living from what they really wanted to shoot, rather than having to prostitute their artistic ability just to get by.

At that time, many of the so-called art galleries and critics saw photography as just a trade, a technical recording industry. I would try and tell them it’s art, and that getting great works often took more effort than was required to create a painting. But they would just say, “Well, anyone can take photos.” In frustration, I would reply, “Well, anyone can paint – especially when I look at what you have in your gallery.”

I tried to explain to the art critics that taking an image was a technical craft, but seeing the image in the first place was what made it an art – but for years my words fell on deaf ears. In the end I realised I was wasting my breath, so I launched my first commercial gallery on the NSW Central Coast to show there’s a market for art photography. The gallery was a huge success right away, and photographers from all over the world came to see what we were up to and how we were marketing photography.

What’s really funny is that many of those people who treated photography with disdain are now promoting it as an art form. They now say they always believed that one day photography would be given the recognition it deserves. I think the bottom line is they’ve seen the shift in the marketplace, and as much as they hate it, they have to move with the market. Now they see there’s money to be made, they want to try and control who’s going to be recognised as an art photographer and who isn’t. In fact, they look down on photographers who have dared to sell their work privately. What’s ironic is that if these photographers hadn’t taken their work to the public to create the market, there would be no market today. Those self-proclaimed art-guardians have even come up with the term “fine art photography”, a definition that usually applies just to the photographers they represent. They’ll often refer to any photographer who sells on their own as “just a commercial photographer”, a term delivered as a slur, intending to portray independent photographers as technicians, not artists.

Photography is all about light – and you will never be able to stop the sun from shining. Photography as an art form has risen, and it has a very bright future.

Realistically, artists all need to make sales, unless we’re independently wealthy or have rich benefactors. The majority of artists – myself included – were born without silver spoons in our mouths. For an artist who relies on sales from the general public, their art must speak into the hearts of people to make them part with their hard-earned dollars. To me, there’s no greater compliment than when someone is willing to part with their money to have my work in their home or office. You can have all the accolades, but words and trophies do not pay the bills. Real art is that which moves real people. I don’t understand the term “fine art”. To me, there’s art that speaks to people, and art that doesn’t. It’s not the role of a bunch of critics to declare what is art and what is not. It’s the people who should declare what is great, because in the end art isn’t just for hanging in museums; art is that which is part of people’s lives. Photography is for the living. And it brings life when displayed on your walls.

Images, no matter what form, can really impact us. Mention the name Marilyn Monroe and it’s not a painting that comes to mind – it’s an image; for me, the famous one of her dress blowing up. Images help define our lives and often make people realise there’s something more to life than just survival or materialism. In this very materialistic world we live in, there has never been a greater need for fantastic images to help people stop and think: what is the real meaning to life?

With all of today’s technology, some people think anyone can become a photographer. But photography is more than getting all the so-called technical points right. What makes a great photo is the spirit or decisive moment you’ve captured, or the message you’ve been able to create in an image by bringing together different elements. Real photographers have the ability to see the image in the big picture of life, while most people just walk on by. Photographers who worry about being made redundant because of the ease of image-making today don’t seem to understand what the true gift or artistry of photography is about.

When people buy photographs from photographers, what they’re purchasing is part of their journey. They’re looking through the artist’s eyes, and that’s what makes photography such a powerful medium; photographers can transport viewers to the places they’ve been. So long live photography – let the light shine – and may it shine on you and bring some peace and reflection to your lives.

Photo Tips // Letting the Moment Come to You

One of the most important things is to capture the spirit of the moment. It doesn’t matter how technically correct you are if you miss the moment. Be open to work with what you have, rather than bashing your head to create what you think. Really great photos, I believe, come out of relating to your subject and are given to those who are humble in heart. It often takes time to peel back the obvious layers, whether in waiting for the light, or spending time with people to deserve the right to be shown beautiful places. Often, anyone can jag a good photo, but I think even these are gifts to make people open their eyes to the bigger picture in life. Learn to relax, because if you’re stressed out you will miss those subtle opportunities. The hardest part about photography is looking past the “I”. Often, the only thing blocking the light is your shadow.